There is a water shortage in South Asia. The challenges in the sector are primarily related to disagreements and problems brought on by the uneven flow distribution of transboundary rivers and engineering interventions like dams and storage. During the dry season, the lack of water is a significant problem for the riparian nations of South Asia. 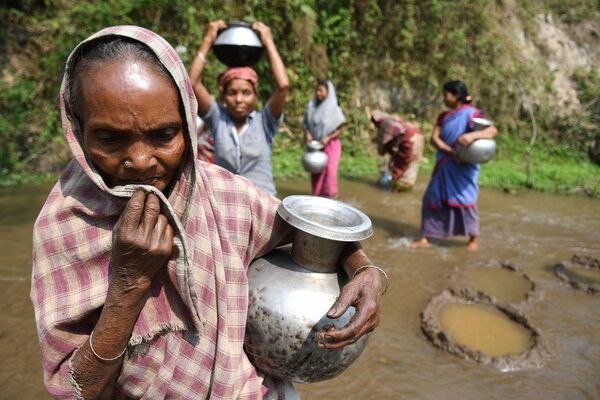 A delta is Bangladesh. In water-sharing discussions with the neighbor, the ensuing deficit during the drier season always generates serious concerns because the country only receives the residual flow after upstream usage.

The disputes between India and Bangladesh are about wise resource allocation, flood management, and hunger mitigation in both nations, especially Bangladesh.

The key issue is the building of substantial dams in the basin to augment the Ganges’ flow during the dry season. According to the neighbor’s plan, a canal would be constructed across Bangladesh, above the Farakka Barrage, to connect the Brahmaputra with the Ganges.

The construction of reservoirs and dams in the Himalayan foothills of India and Nepal to retain floodwaters, manage salinity, and produce hydroelectricity in Nepal for internal and export needs is Bangladesh’s counterproposal.

Issues between Nepal and India reveal growing skepticism and worries. As a result of prolonged opposition, Nepal is facing numerous difficulties when building its reservoirs.

Persecution at seaports and customs points, the unauthorized use of water resources by districts and states in India, and grazing on Nepali territory, particularly in the eastern and western mountains and hill ranges, are other ways to access the country’s resources.

Due to violations of current water cooperative regimes and unilateral diversion, which breeds mistrust and conflict in the region, the crisis in South Asia is getting worse. The co-riparian nations accuse India of disobeying international norms and laws, which are typically followed by other nations in the area.

As a result, disputes over the trans-border rivers have harmed relations among South Asian nations for many years. Water disputes are likely to hinder economic growth, which could lead to violence when the security and welfare of the general populace are threatened by disruptions in the ecosystem.