The rebels have begun to withdraw from the port city, the country’s key aid lifeline, under a UN-brokered agreement reached in Sweden earlier this month.

Yemen’s Houthi rebels on Saturday handed over control of the main port in the Red Sea city of Hudaida to the country’s navy and coast guard under UN supervision, security officials said.

This withdrawal is seen as a significant step in the implementation of a deal reached during peace talks in Sweden earlier this month.

The handover is the first in a series of confidence-building measures agreed to in Sweden that could pave the way for a political settlement of Yemen’s four-year-old war pitting the Iran-aligned rebels known as Houthis against the internationally recognised government backed in the Yemen war since 2015 by a Saudi-led military coalition.

The rebels control most of northern Yemen, including the capital Sanaa, while their war foes control much of the south, including the Arabian Sea port city of Aden, where the exiled government is located.

Pro-government forces are also supposed to pull back from parts of the city they recaptured in an offensive they launched with the backing of the Saudi-led coalition on June 13.

On the brink of famine

The two sides have observed a ceasefire in Hudaida for more than a week, ending months of fierce fighting between the two sides for control of the city.

A UN team led by a Dutch officer arrived last week in the city to monitor the ceasefire. The UN team is led by retired Dutch Major General Patrick Cammaert.

Some 70 percent of Yemen’s imports come through Hudaida, and the Sweden deal is designed in part to facilitate the arrival of relief supplies to push Yemen back from the brink of famine.

The fighting has killed tens of thousands of people and has driven millions to hunger. The UN calls it the world’s worst humanitarian disaster. 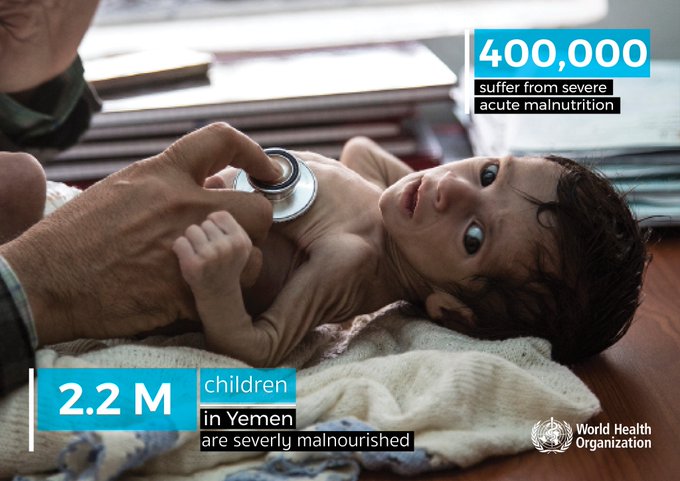 Millions of children in #Yemen do not know what the life of a carefree child looks like. Instead, their lives are occupied with hunger, fear and disease. After almost 4 years of war, about 2.2 million children are severely malnourished.

The two sides also agreed in Sweden to exchange prisoners of war in a deal involving thousands captured from both sides.

The implementation of that deal is yet to begin and may run into difficulties.

Government officials maintain that the Houthis are denying the presence in their detention facilities of nearly 3,000 from a total of some 8,500 prisoners whose names were submitted to the rebels.

The security officials said the Houthis have taken advantage of their control of Hudaida to place their fighters in both the navy and the coastguard, something that has been a major source of concern for the government side.

The two sides also agreed over the weekend to open “humanitarian corridors” extending from Hudaida to Sanaa to allow relief supplies to peacefully pass through.

However, the government side complains that the proposed corridors have been heavily mined by the Houthis. There was no immediate comment from the rebels’ side on this charge.

The security officials said the Houthis are expected in the next few days to hand over control of two more ports north of Hudaida — the oil terminal of Rass Issa and Salif, which has been used for incoming relief supplies — under the Sweden deal. The government side, on its part, would redeploy its forces out of the eastern reaches of Hudaida as a first step.

The security and government officials spoke on condition of anonymity because they were not authorised to brief the media.

Britain reports over 10,000 COVID cases for third consecutive day on...