At least 15,000 people are protesting for the fifth day in Hungary’s capital Budapest against what they call ‘slave’ laws.

Thousands of people marched in Budapest on Monday to protest against new labour laws passed by the government. As they arrived at the parliament and the state TV,  the police swung into action, firing tear smoke canisters at them.

Local media report the rally was joined by more than 15,000 people including trade unions, the first rally since the right-wing Prime Minister Victor Orban returned to power in 2010.

As the Hungarian newspaper Dailynewshungary reported, Tímea Szabó, co-leader of the Parbeszed party, said the prime minister “betrays his own people because the slave law will tear millions of families apart.”

Who is behind the protests?

In recent past, protests in Hungary haven’t been as intense as the ongoing ones. Though the prime minister has previously triggered strong reactions with his anti-migrant stance and acts like covering Hungarian cities with billboards emphasizing his xenophobic feelings, he hasn’t been challenged with street protests with a potential to morph into countrywide protests.

Besides being hostile toward immigrants, he sparked criticism when he introduced a law banning homelessness where any homeless person who refuses to go to a shelter, will be forcibly enrolled in a compulsory work programme or might even face jail time.

Hungarians are outraged at reforms pushed by the prime minister’s Fidesz party. One of the reforms hikes the annual overtime hours that employers can demand from 250 to 400 and allows payment for those to be delayed by up to three years.

For some workers the reform means they have to work one extra day per week.

The second reform passed by parliament, which is dominated by Orban’s ruling party, includes a bill which will allow “administrative courts” to oversee public administration cases.

The justice minister Laszlo Trocsanyi, a close Orban ally, would oversee the courts.

The government said the changes are needed by employers short of manpower and will benefit those wanting to work extra hours.

“The government has admitted that they needed the labor law because German investors asked them to create more favorable labor conditions in hungary,” Novak said.

CNN reported that the courts will be independent and “in line with current European approaches and standards.”

People are protesting every night outside of the country’s parliament since Wednesday. On Sunday night some 10.000 people were weaving Hungarian and European Union flags.

The same night, the protests again took a violate turn with protesters throwing smoke grenades at police who responded with tear gas in Budapest.

Dozens of people were arrested and at least 14 police have been injured during the violent clashes.

“These protests are unusually aggressive as are the police,” Novak told TRT World.

“We haven’t seen protests like these since Orban has come to power.” he added.

Analysts were surprised on how opposition parties joined forces and people’s persistence protesting in the snow, defying cold weather.

Opposition representatives, independent opposition MP Akos Hadhazy, stayed at the headquarters of Hungarian public television MTVA overnight including, asking to read a set of demands on air. Hadhazy was eventually physically thrown out of the channel’s premises, the Budapest Business Journal reported. 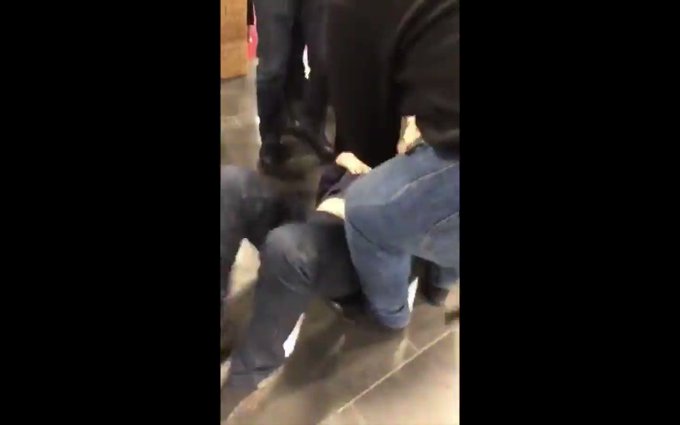 MUST WATCH: This is what happens when an opposition MP tries to get air time on public media in Hungary. Akos Hadhazy is roughed up and dragged away by armed security guards. #Hungary

The government said that the protesters are staged by “criminals” and are related to Hungarian-born US billionaire George Soros who has long been accused by Orban of plotting to destabilise Hungary.

Pro-government public and commercial media have portrayed the protesters as anarchists.

Earlier this year, the European Parliament punished Hungary by triggering Article 7, the EU disciplinary process against a member state, about cracking down on democratic institutions.