HomeAll ArticlesUSA to Check 5 years of social media history for all visa...
All ArticlesBusinessDiplomatsDiplomats CornerFeaturedHotNewsSlider 2

The Trump administration will require foreigners seeking visas to enter the United States to submit their social media histories, according to State Department notices submitted on Friday.

The procedure will likely make applying for US visas more difficult. 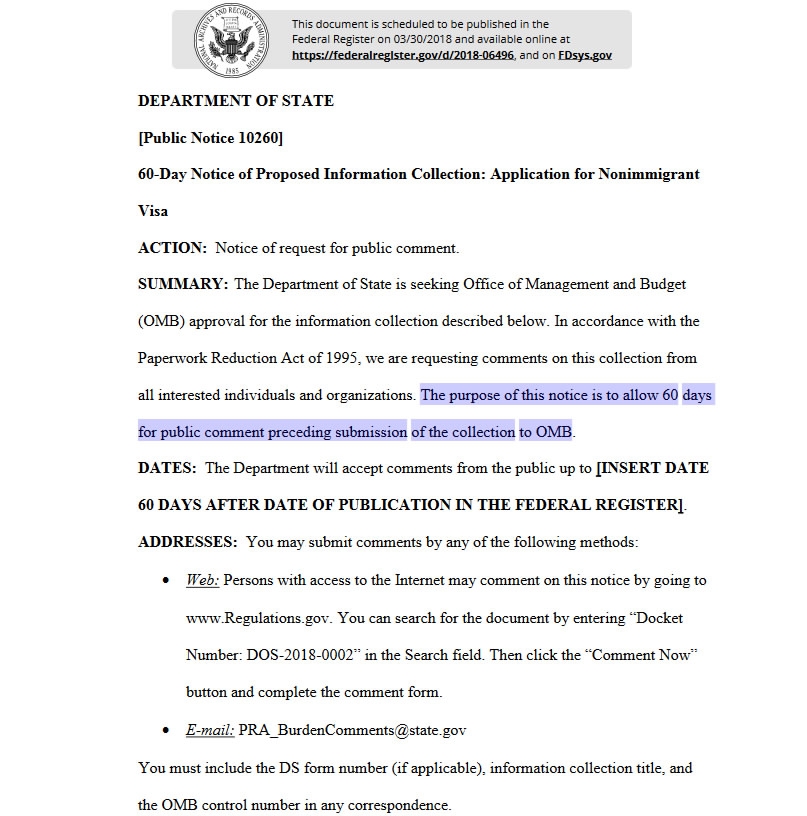 According to a notice from the US Department of State, applicants for immigrant and non-immigrant visas will be required to provide five years of social media history on various social media platforms, including Facebook, Twitter, or Instagram, as well as previous email addresses, phone numbers and even travel histories.

Meanwhile, the department has stated it is seeking public comment on the proposed measures within the next 60 days.

The changes will need to be approved by the Office of Management and Budget (OMB) at the White House. The move marks the latest example of the Trump administration’s enhanced vetting procedures for all travelers.

Passports to be taken off illegal drug users in Boris Johnson’s...

USA – The Pentagon’s “2015 Strategy” For Ruling the World