The United States on Monday blocked the adoption of a UN Security Council statement that would have called for an independent probe of deadly violence on the Israel-Gaza border, which erupted as the new US embassy in Jerusalem was opened, diplomats said.

“The Security Council expresses its outrage and sorrow at the killing of Palestinian civilians exercising their right to peaceful protest,” read a draft of the statement, a copy of which was seen by AFP. 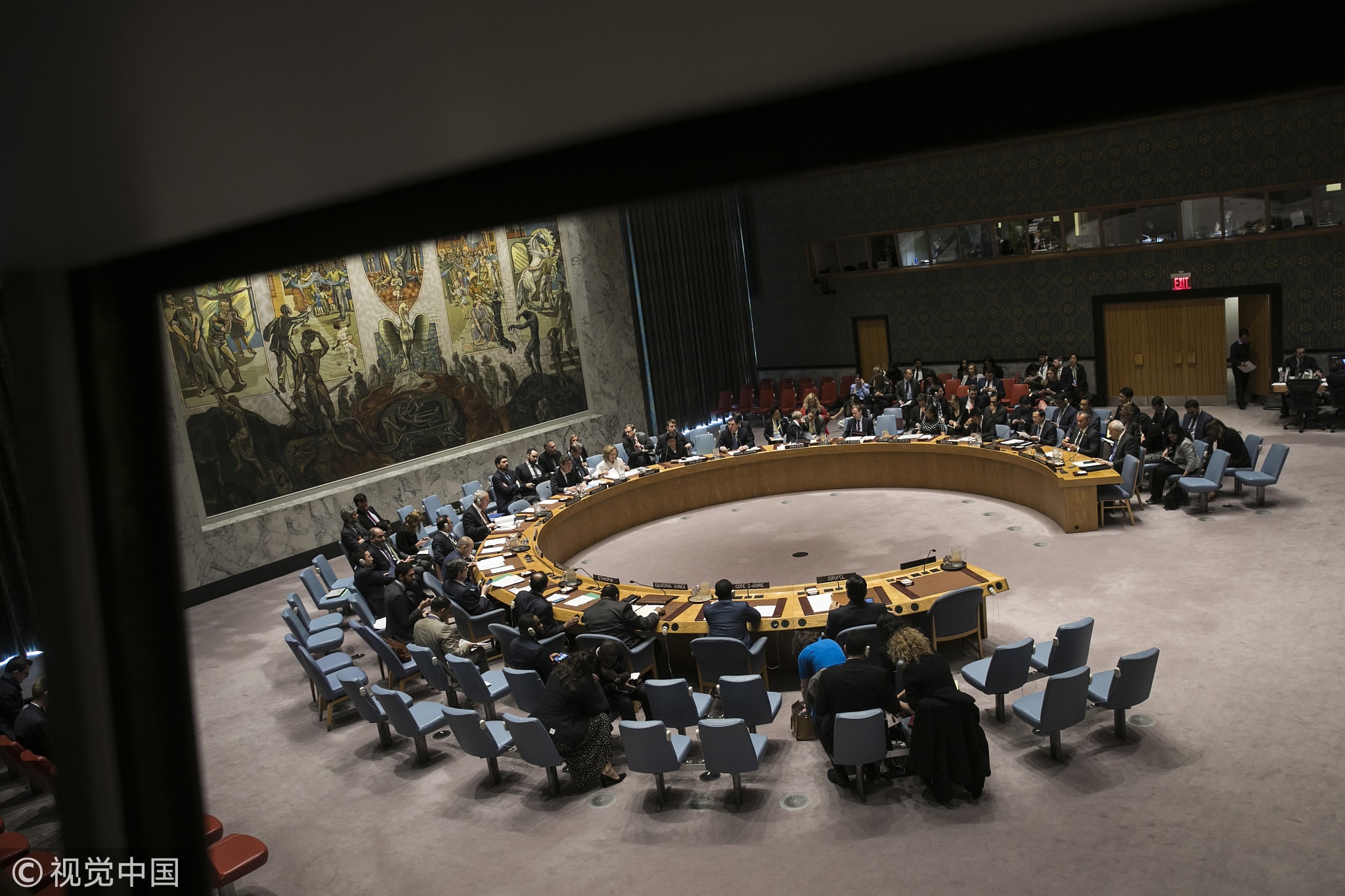 “The Security Council calls for an independent and transparent investigation into these actions to ensure accountability,” read the text.

In the bloodiest day in the Israeli-Palestinian conflict since a 2014 Gaza war, at least 55 Palestinians were killed in the clashes and more than 2,400 Palestinians wounded.

They erupted before Israeli officials and a White House delegation including President Donald Trump’s daughter Ivanka formally opened the embassy in Jerusalem, and the bloodshed continued throughout the day. 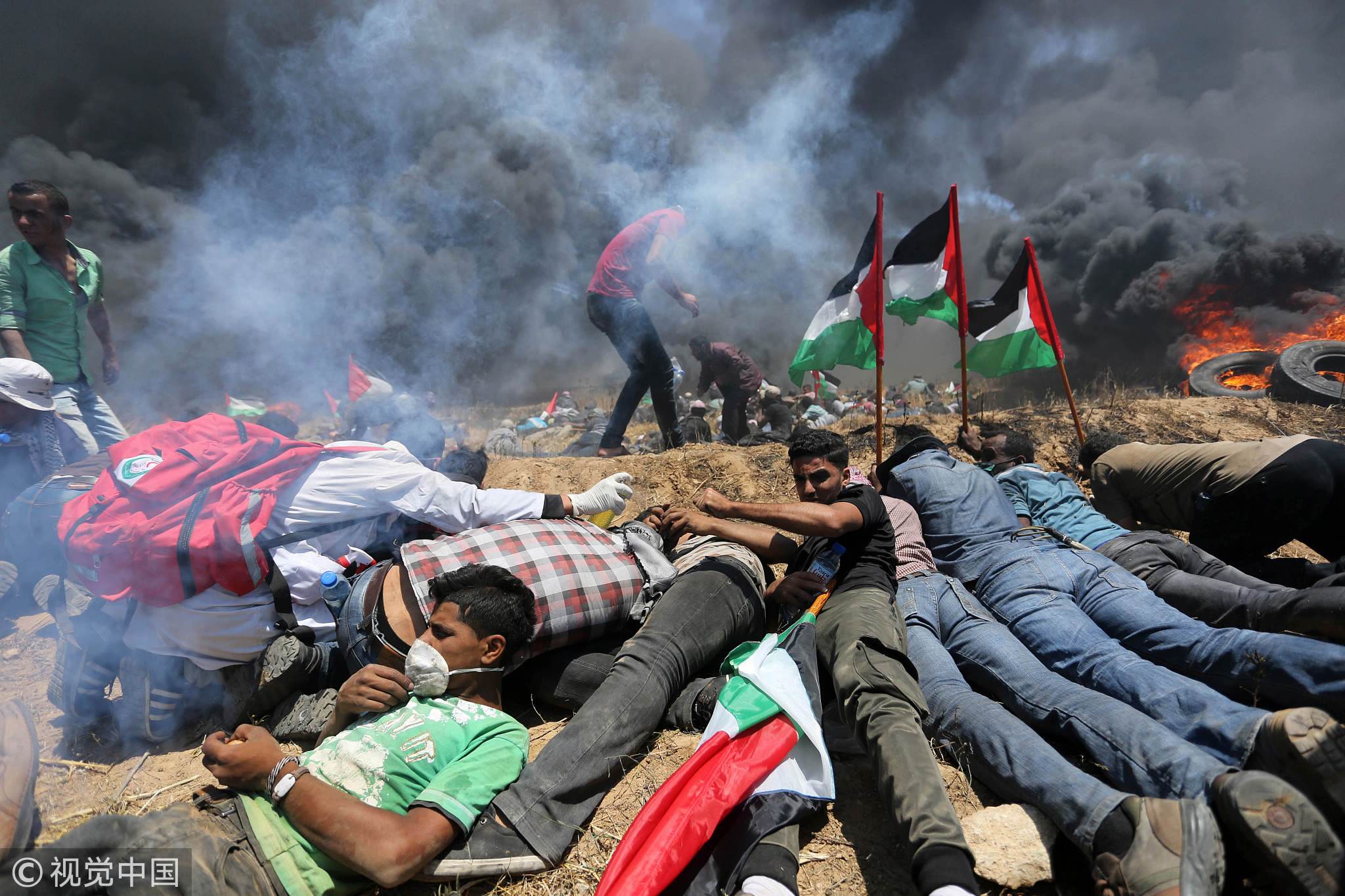 Palestinian protesters gather during clashes with Israeli security forces in a tent city protest in Khan Younis in the southern Gaza Strip on May 14, 2018. /VCG Photo

The dead included eight children under the age of 16, according to the Palestinian envoy to the United Nations. The Gazan health ministry provided the overall death and injury toll.

“The Security Council expresses its grave concern regarding recent developments in the Palestinian territory occupied by Israel since 1967, including East Jerusalem, particularly in the context of the peaceful protests in the Gaza Strip and the tragic loss of civilian lives,” the draft statement read.

“The Security Council calls upon all sides to exercise restraint with a view to averting further escalation and establishing calm,” it said.

“The Security Council calls on all States not to undertake any steps that further aggravate the situation, including any unilateral and unlawful measures undermining the prospects of peace.” 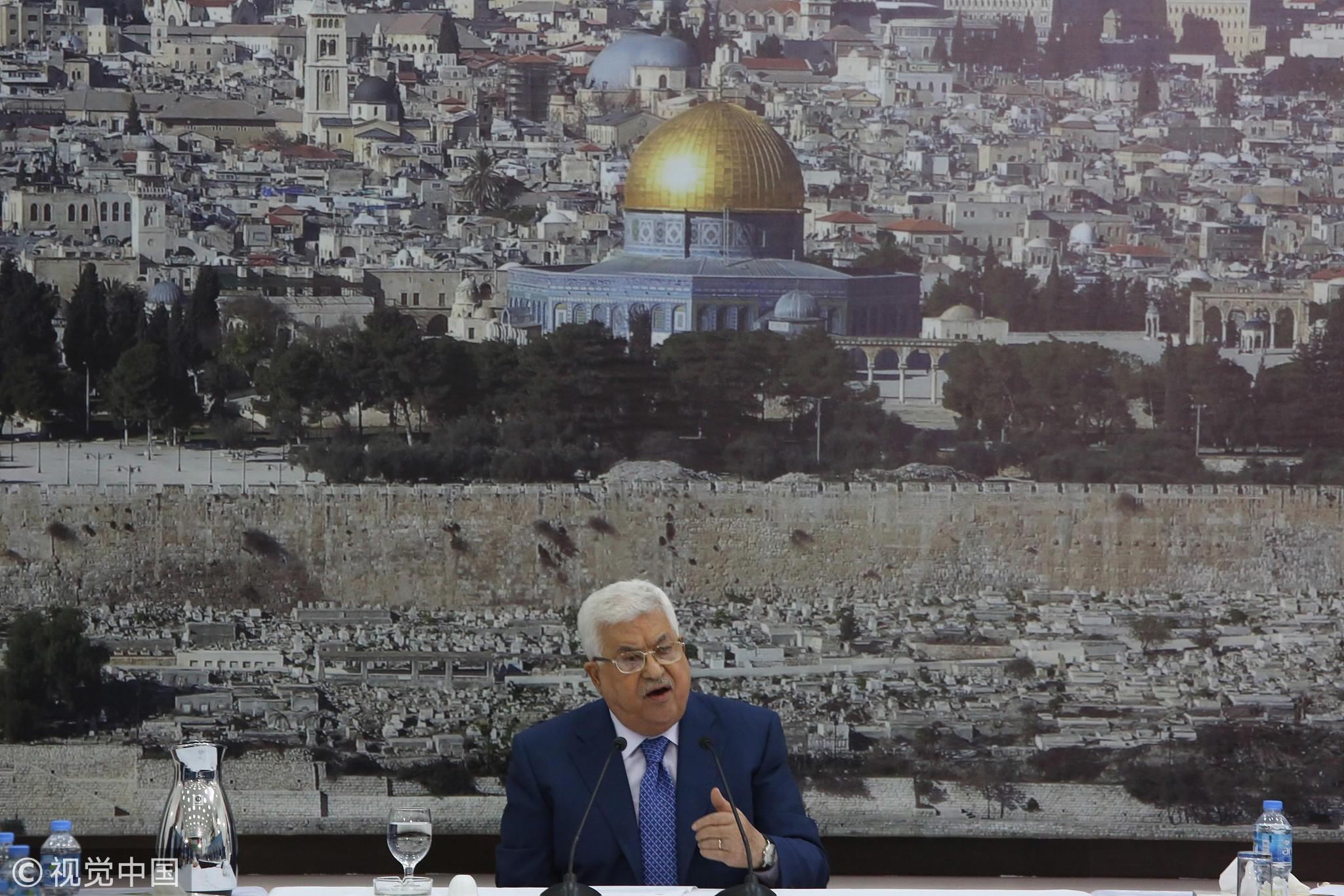 It also said that any decisions and actions “which purport to have altered the character, status or demographic composition of the Holy City of Jerusalem have no legal effect” – a reference to the US decision to recognize Jerusalem as Israel’s capital.

The Palestinians see east Jerusalem as the capital of their future state.