US military tells Iraq it is preparing to ‘move out’

The U.S. military informed its counterparts in Baghdad on Monday it was preparing for “movement out of Iraq,” a day after Iraqi parliament urged the government to oust foreign troops.

The head of the U.S. military’s Task Force Iraq, Brig. Gen. William Seely, sent a letter to the head of Iraq’s joint operations command, a copy of which was seen by AFP. 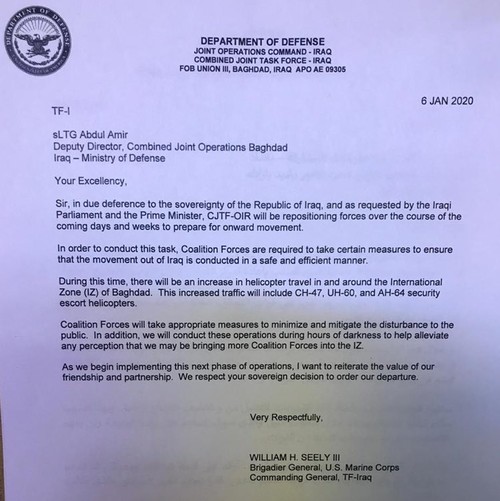 The letter said troops would “be repositioning forces over the course of the coming days and weeks to prepare for onward movement.”