US Indo-Pacific strategy is not what it appears to be

Editor’s note: Jia Xiudong is a senior fellow at the China Institute of International Studies (CIIS). The article reflects the author’s opinion, and not necessarily the views of CGTN.

The United States now has a new vision for its future relations with Asia in its national security strategy: The Free and Open Indo-Pacific Strategy (FOIP).

In his speech at the 17th Shangri-La Dialogue, which recently concluded in Singapore, US Defense Secretary James Mattis laid out the Trump administration’s vision of FOIP.

Before Mattis, the FOIP concept had been introduced by President Donald Trump, his national security advisor, secretary of state and other senior US officials on various occasions.

The recent National Security Strategy (NSS) and National Defense Strategy (NDS) of the Trump administration highlighted FOIP as an organizing principle for the US presence in the Indo-Pacific region.

Judging from elaborations by US government officials and documents, the term Indo-Pacific refers to the region that extends from the West Coast in the US to India’s west coast, covering the whole of the Pacific and part of the Indian Ocean.

The modifiers “free” and “open” mean: nations to be free from coercion and free to choose their own paths; societies to be free in terms of good governance, fundamental rights, transparency and anti-corruption; open sea lines of communication and open airways; open infrastructure, investment and trade.

At first glance and on the surface, these notions and principles are not new; they appear to be altruistic for the welfare of the region in line with universally accepted international norms. China is fine with all those concepts.

Mattis mentioned that “cooperation with China is welcome wherever possible” and the US is “prepared to support China’s choices if they promote long-term peace and prosperity for all in this dynamic region.”

“To be clear, we do not ask any country to choose between the United States and China,” Mattis said. 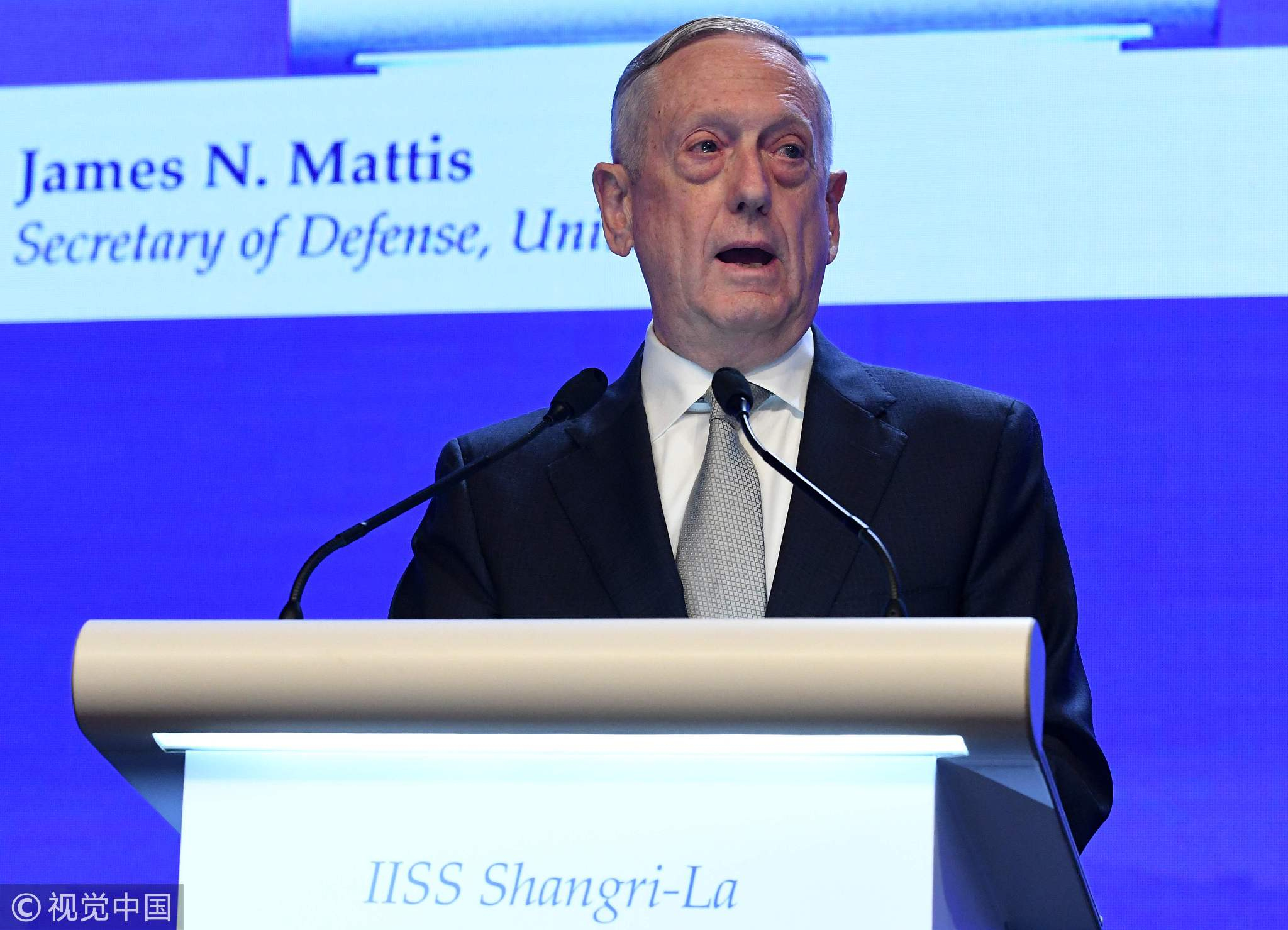 June 2, 2018: US Defence Secretary James Mattis delivers a speech during the first plenary session of the 17th Asian Security Summit of the IISS Shangri-La Dialogue in Singapore. / VCG Photo

However, looking behind the shining façade of these words, there we see a dark side of FOIP.

In the above-mentioned US official documents and statements, China has been labeled a “strategic competitor”, perceived as a hostile existential threat to “international rules-based order”, “American power, influence, and interests”, and “American security and prosperity.”

China was categorically depicted as a “revisionist power” that seeks “Indo-Pacific regional hegemony in the near-term and displacement of the United States to achieve global preeminence in the future.”

It was claimed that “a geopolitical competition between free and repressive visions of world order is taking place in the Indo-Pacific region,” and that “China is leveraging military modernization, influence operations, and predatory economics to coerce neighboring countries to reorder the Indo-Pacific region to their advantage.”

Obviously, these official US statements assumed that the US is now in an all-round zero-sum strategic competition in which China purposefully strives to overturn the current international and regional order, displaces the US in the Asia Pacific and the whole globe, and challenges US predominance in political, military, economic fields and in terms of global governance.

China has been portrayed like the Soviet Union in the Cold War era.

Since China is perceived as such a foe and threat to the US, then it is no surprise to see arguments that future US policies toward China should primarily aim at countering China through a strong US-anchored coalition that keeps tight grips on US allies such as Japan and Australia and brings ASEAN and India into its orbit, boosting quadrilateral cooperation with Japan, Australia, and India, otherwise known as the Quad.

Hence, an “open and free Indo-Pacific strategy” for the US. 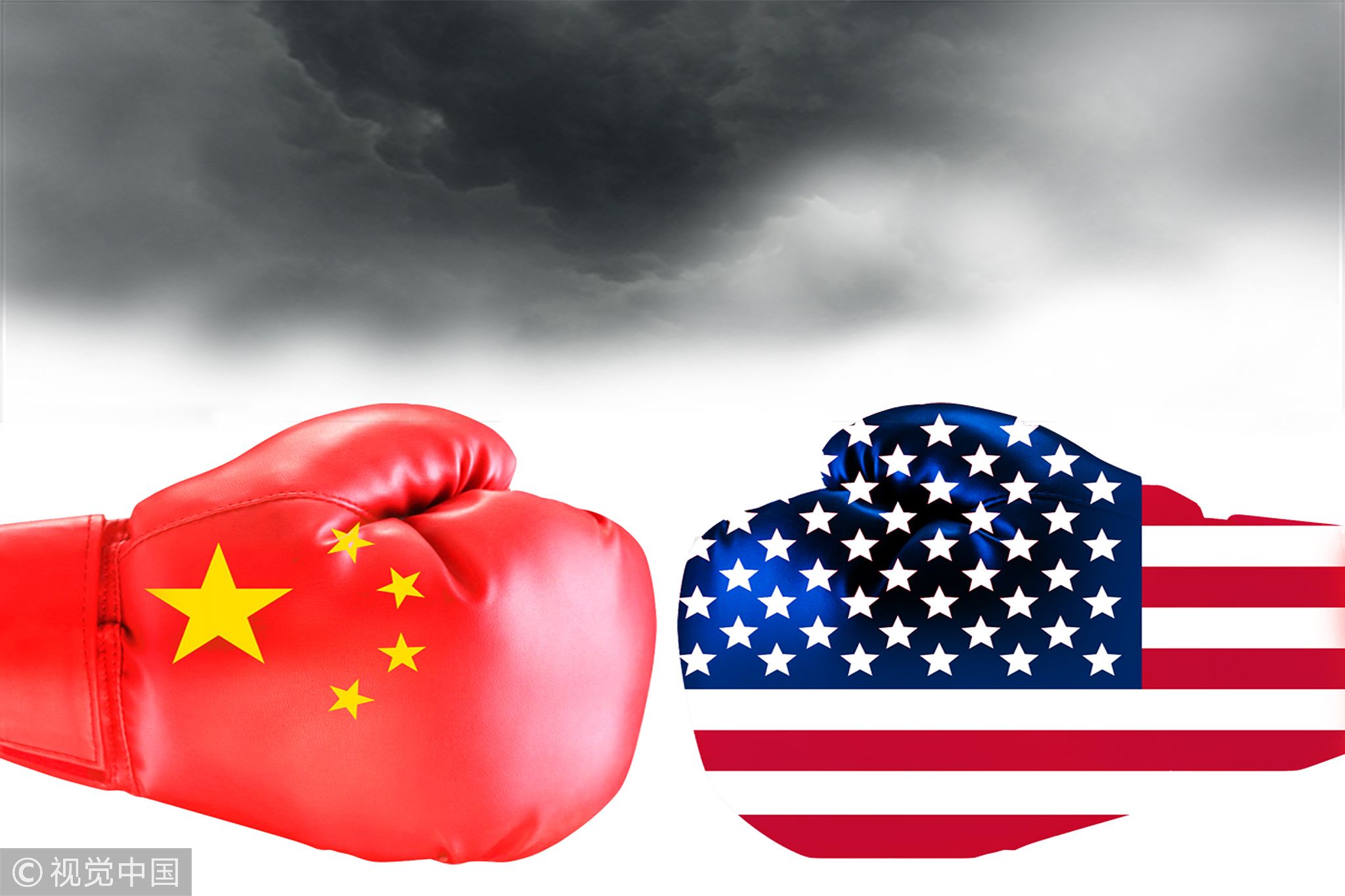 Since China is perceived as such a foe and threat to the US, then it is no surprise to see arguments that future US policies toward China should primarily aim at countering China. / VCG Photo

As FOIP has adopted such a blunt, cutthroat zero-sum, ideological, antagonistic and containment-oriented posture toward China, it’s safe to say that the US strategy, up to now, is inherently anti-China, no matter what shining notions it has used or euphemisms it might apply.

It is the first time in the four-decade China-US diplomatic relations that a US administration has used such categorical, antagonistic language in its official documents and statements to portray China’s behavior and intentions.

In the 1980s, China was viewed as a quasi-ally of the US and a counterweight to the former Soviet Union.

In the 1990s under the Clinton administration, there was a debate on the shifting of the world’s center of gravity from the Atlantic to the Asia Pacific. As a result, the first APEC leaders’ informal meeting was convened in Seattle in 1993 with China’s participation.

The two countries even envisioned building toward “a constructive strategic partnership oriented towards the 21st century.”

The first decade of the new century saw George W. Bush drop his presidential campaign rhetoric labeling China as a “strategic competitor.” He reached consensus with China to develop a positive, constructive and cooperative relationship.

The neo-Conservatives who always lobbied for a harder stance against China were not able to carry the day.

The Obama administration basically stayed with its commitment to building “a positive, cooperative, and comprehensive U.S.-China relationship.” 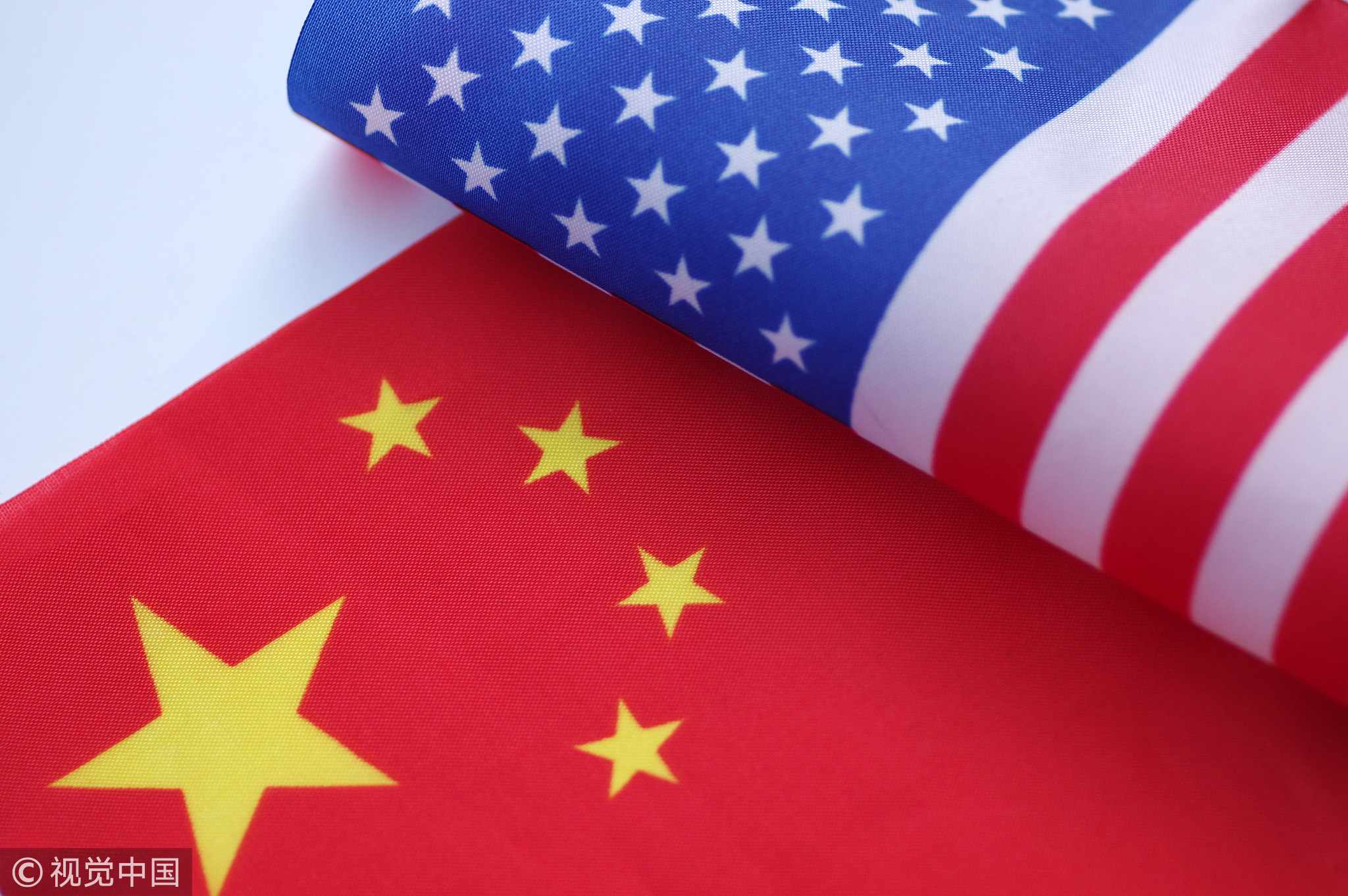 In promoting his signature rebalance-to-Asia strategy, Obama tried to ensure that the strategy would not appear confrontational to China.

All in all, the idea of engagement has underpinned US policy toward China for the last four decades. Its central rationale was spelled out most clearly by the Trump administration in its December 2017 National Security Strategy: “For decades, U.S. policy was rooted in the belief that support for China’s rise and for its integration into the postwar international order would liberalize China.”

However, with the continuing rise of China and increasing Chinese confidence in its own path of development, frustration and anxiety over China have become more apparent in the US.

A fundamental rethinking of the bilateral relationship which has been building for at least two decades in the US has begun to crystallize under the Trump administration.

Advocates of a hawkish stance have made greater inroads into the decision-making process of the US government.

As a result, coupled with a populist and nationalist trend as reflected in Trump’s America First policies, the US has come out with a stronger sense of zero-sum, strategic competition with China. Antagonism toward China has shaped the US Indo-Pacific strategy.

In a globalized, increasingly interdependent world, great opportunities for cooperation will be missed if China-US relations are predicated on the expectation of power rivalry rather than of convergence of national interests.

If the confrontational aspect of the FOIP is retained in practice, it would be detrimental to the shared interests of China-US relations, the Indo-Pacific and the world.

But, borrowing one of President Trump’s most often-used verbal tics: “we’ll see what happens.”