UN calls for an end to ‘unconscionable’ family separation policy

The UN human rights chief on Monday urged Washington to stop separating migrant children from their parents at the US border, describing the policy as “unconscionable.”

“The thought that any state would seek to deter parents by inflicting such abuse on children is unconscionable,” Zeid Ra’ad Al Hussein said as he opened a session of the UN Human Rights Council in Geneva.

The “zero-tolerance” border security policy implemented by President Donald Trump’s administration has sparked global outrage. The government has said that during one recent six-week period nearly 2,000 minors were separated from their parents or adult guardians. 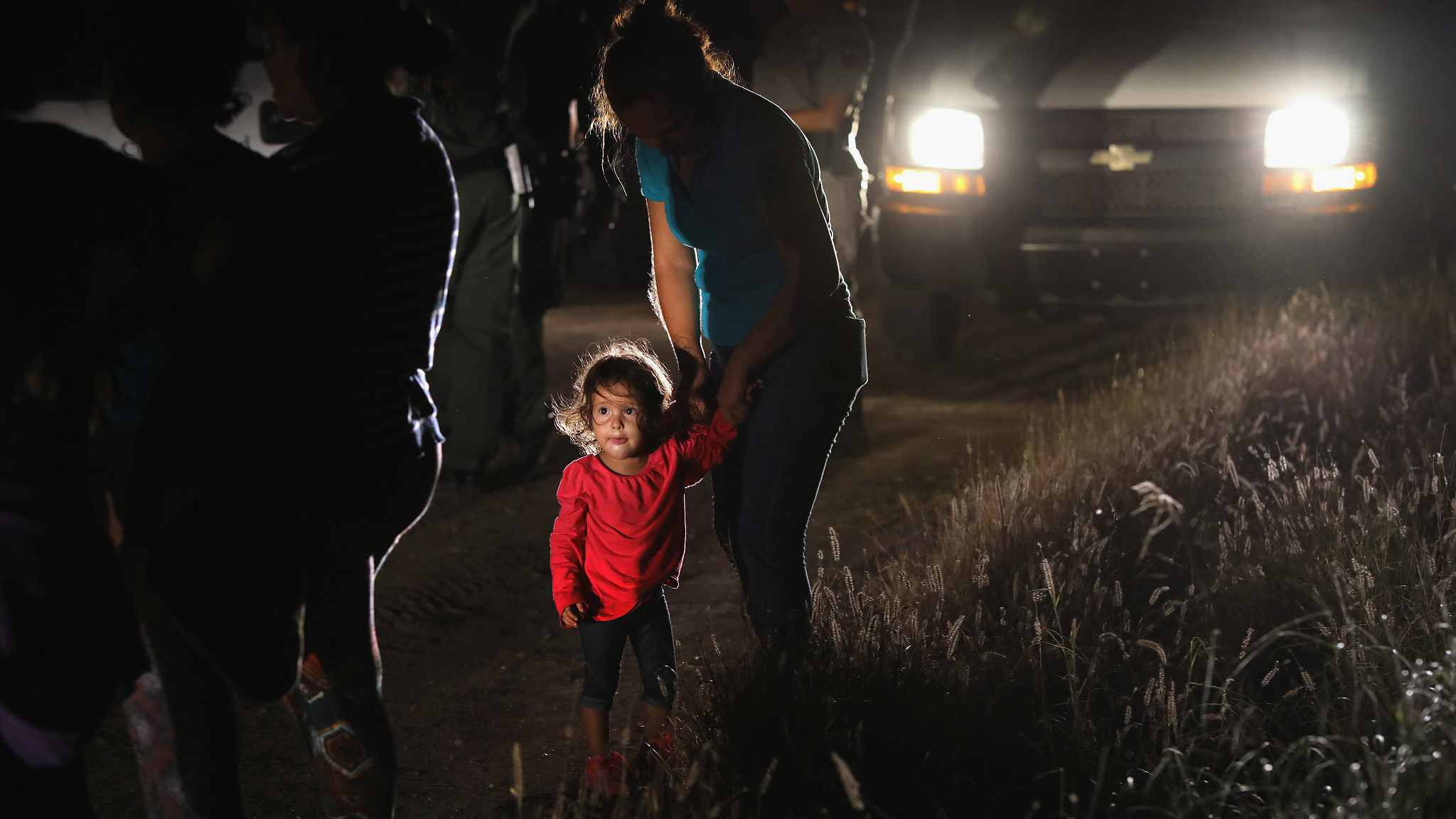 A two-year-old Honduran stands with her mother after being detained by US Border Patrol agents near the US-Mexico border in McAllen, Texas, June 12, 2018. /VCG Photo

The number of separations has jumped since early May, when Attorney General Jeff Sessions announced that all migrants illegally crossing the US border with Mexico would be arrested, regardless of whether the adults were seeking asylum. Since children cannot be sent to the facilities where their parents are held, they are separated.

Zeid quoted the American Association of Pediatrics as describing the practice as “government-sanctioned child abuse” which may cause “irreparable harm,” with “lifelong consequences.”

“I call on the United States to immediately end the practice of forcible separation of these children,” he said, urging Washington to ratify the Convention of the Rights of the Child. The US is the only country that has not ratified the convention. Ratification, Zeid said, would “ensure that the fundamental rights of all children, whatever their administrative status, will be at the center of all domestic laws and policies.” 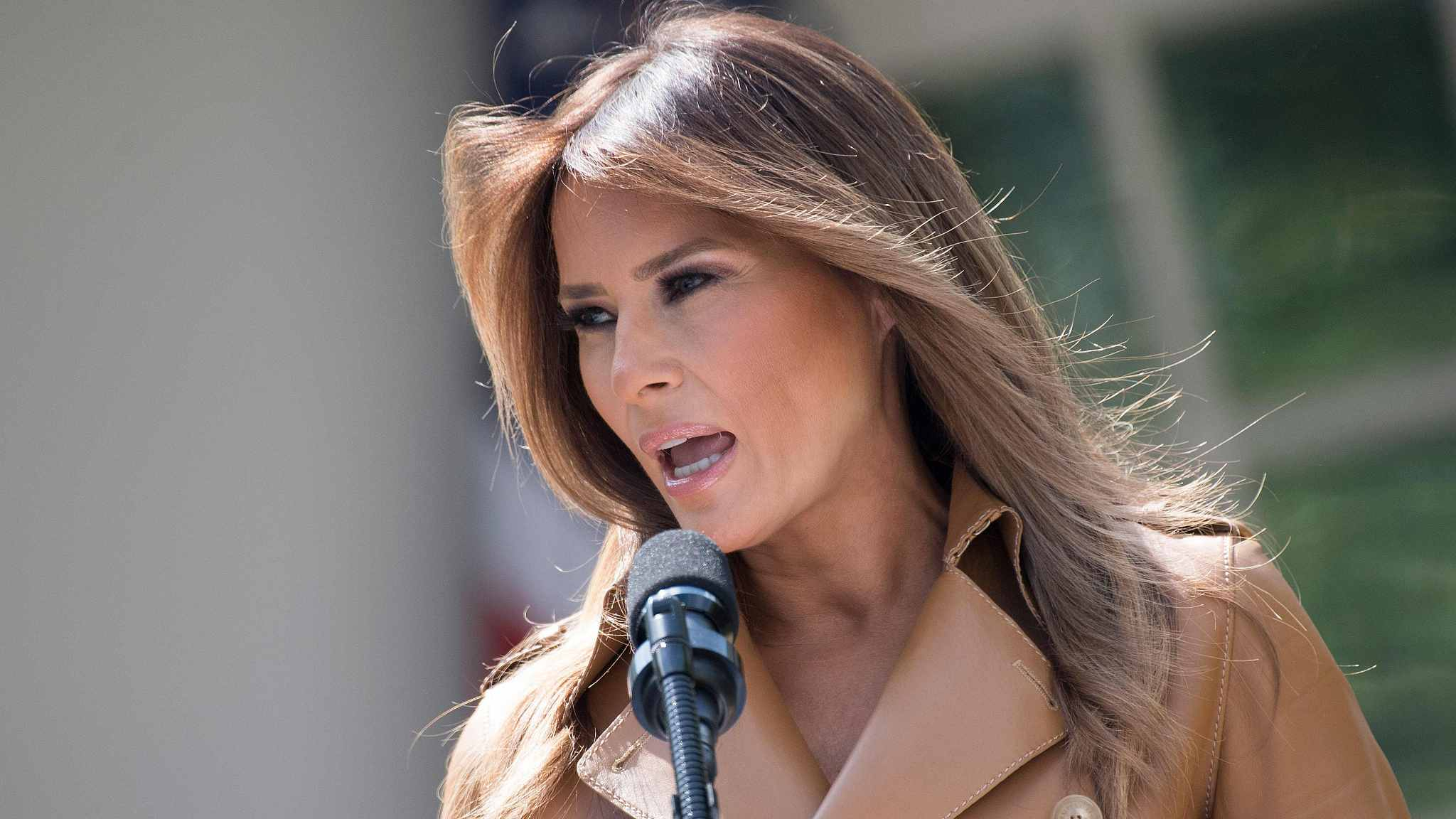 US First Lady Melania Trump announces her “Be Best” children’s initiative in the Rose Garden of the White House in Washington, DC, May 7, 2018. /VCG Photo

US first lady Melania Trump waded into the emotional issue on Sunday. Her spokeswoman says that Mrs. Trump believes “we need to be a country that follows all laws,” but also one “that governs with heart.”

“Mrs. Trump hates to see children separated from their families and hopes both sides of the aisle can finally come together to achieve successful immigration reform,” spokeswoman Stephanie Grisham said.

The UN rights chief also said a high-level international probe of swelling violence in Nicaragua might be warranted, and urged the government to invite in UN monitors “without delay.”

“I deplore the violence,” Zeid said. “The gravity of these developments may well merit an international commission of inquiry,” he said, referring to the UN’s highest-level international rights investigation.

Protests for two months have escalated in a bid to pressure President Daniel Ortega to stand down, and which government has met with brutal repression. 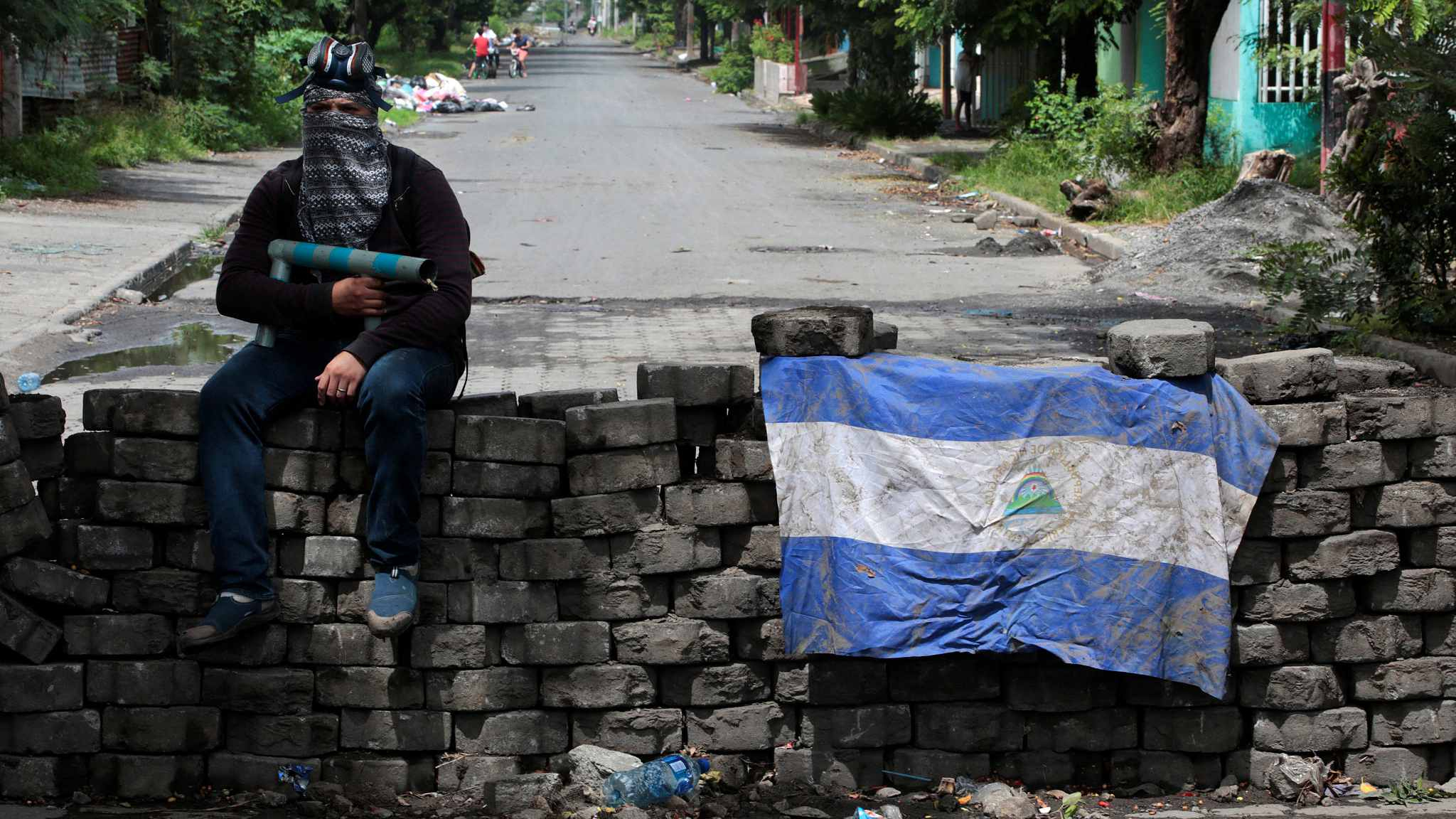 A man holding a homemade mortar sits on a roadblock in Managua, Nicaragua, June 16, 2018. /VCG Photo

Zeid’s address at the start of the 38th session of the UN Human Rights Council marks his last speech to the body before he is due to step down at the end of August. The session kicked off under a cloud of growing US criticism of the council. Diplomatic sources said there was a risk that Washington may withdraw from the council altogether.

Addressing the opening of the session, British foreign secretary Boris Johnson criticized the council‘s controversial Agenda Item 7, a permanent fixture on the schedule exclusively devoted to discussing rights abuses in the Palestinian Territories. 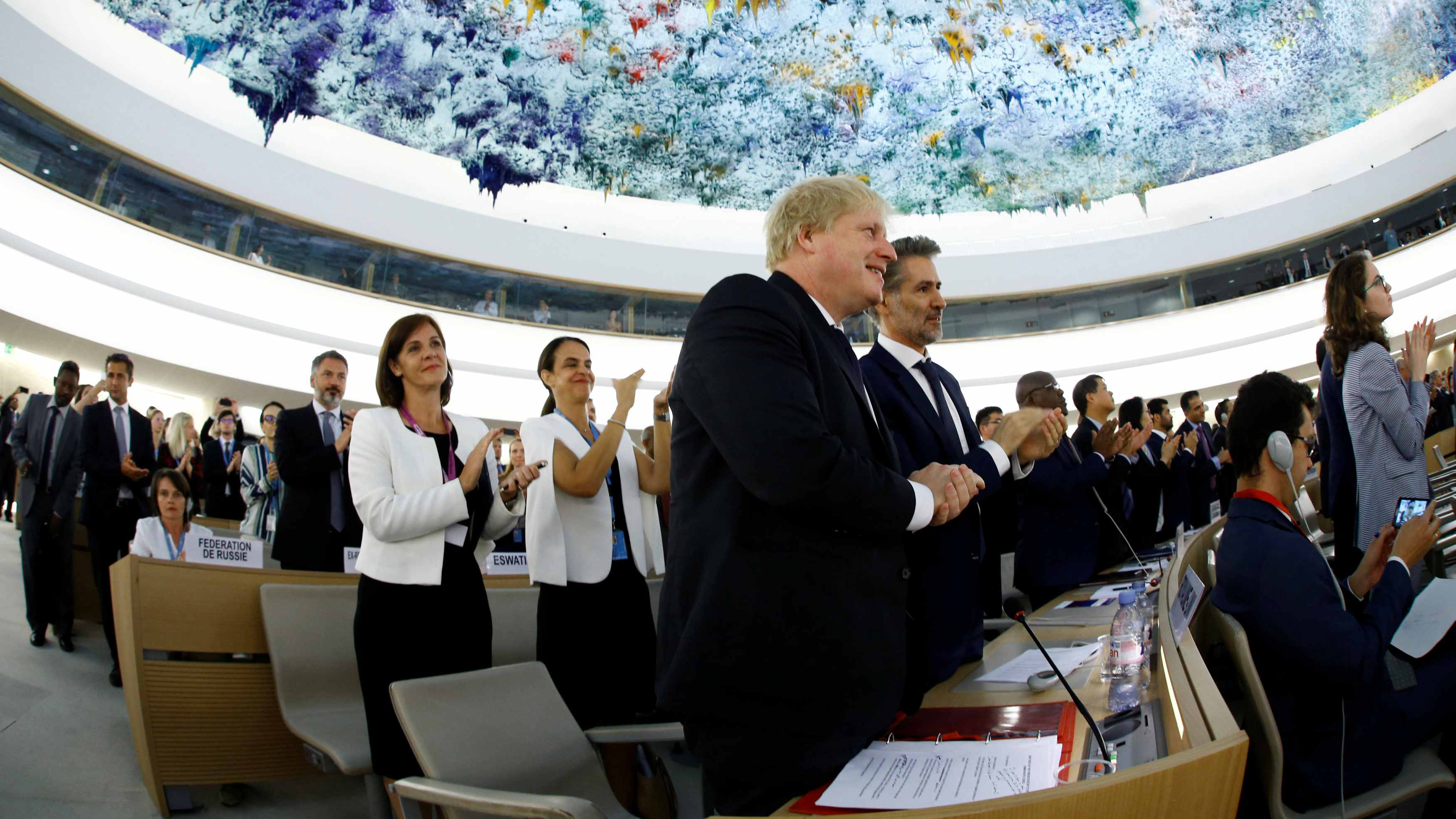 “We share the view that the dedicated Agenda Item 7 focused solely on Israel and the Occupied Palestinian Territories is disproportionate and damaging to the cause of peace, and unless things change we shall vote next year against all resolutions introduced under Item 7,” Johnson said.

Israel is the only country with a dedicated council item.

Washington, some European countries and Australia have sided with Israel in condemning Item 7 as prejudiced, noting that countries with arguably worse rights records in recent years, like Syria, are spared such intense scrutiny.

While previous US administrations have criticized Item 7, President Trump’s government has raised the prospect of withdrawing from the council unless it is scrapped.