Somalian-born Rakhia Ismail has resigned from the Labour party due to alleged “racism”, “discrimination”, and “white man opression.”

The first hijab-wearing mayor of the UK announced her resignation via an emotional speech at a council meeting late last month.

“Over the past six years, during my time, I have felt as though my values have not been respected by the leadership establishment and members. I am sorry that it has had to come to this,” she said.

She also complained about her party’s system, one “that allows white men to have what they want, when they want.”

The Holloway ward councillor handed over the mayoralty to Councillor Janet Burgess.

The Somalian-born politician said: “I’m saddened deeply that the party I thought was for justice and fairness and ‘for the many’ is the opposite, from my personal experience.

“Therefore, I find it hard to represent Holloway Ward as a Labour councillor because I was battling with a party system that simply allows white men to have what they want, when they want.” 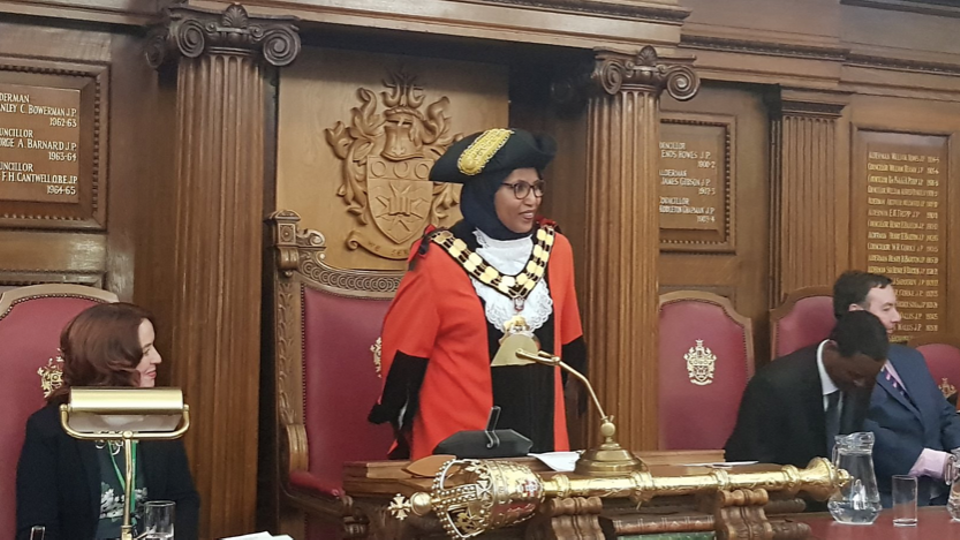 In February 2019, she was invited to the Labour’s first national women conference by receiving a letter where her address was printed the word: “Somalia.”

“What has my birthplace got to do with this invite? I was shocked,” Ismail added.

She also claims she was blocked out of the official mayoral Twitter account. She alleged some colleagues for performing islamophobic actions such as blocking to organise an Muslim eid event in 2019.

In the UK, each mayor could choose foundations to support and collect donations during her/his term.

Ismail has supported charities that offer support and services to people with learning disabilities and offer psychotherapy and counselling services to the people from different religious, ethnic and cultural communities.

“Ismail’s decision to resign is disappointing, especially coming so soon after her term as Mayor of Islington, having served the borough admirably through an incredibly challenging time,” a spokesperson for the Labour party said.

“Islington Labour has a diverse and talented group of councillors serving their community. The Labour Party takes any allegations of discrimination received extremely seriously, which are fully investigated in line with our rules and procedures.”

On the other hand, the Labour Muslim Network, an inclusive organisation which seeks to promote British Muslim engagement with the Labour Party, tweeted over the Ismail’s resignation.

“We are saddened and extremely concerned that the first Somali-born, Muslim woman to become Mayor has quit the Labour Party as a result of discrimination & Islamophobia,” the tweet wrote.

“This is one of many resignations in recent weeks we are investigating rooted in experiences of racism,” it continued.