Britain ramped up its borrowing forecasts on Wednesday as the economy slows in the wake of the Brexit vote, finance minister Philip Hammond said in the country’s first budget plan since voters decided to leave the European Union.

Britain will need to borrow 122 billion pounds more over the next five years than it expected before voters decided to leave the EU in June, Hammond said. The net public sector debt is forecast to hit a peak of 90.2 percent of economic output in 2017/18, he said.

“Our task now is to prepare our economy to be resilient as we exit the EU and match-fit for the transition that will follow,” Hammond told parliament to cheers from lawmakers in his ruling Conservative party.

Hammond said that while the Brexit vote “will change the course of Britain’s history” it “also makes more urgent than ever the need to tackle our economy’s long-term weaknesses like the productivity gap.”

In an attempt to prepare Britain for leaving the EU, Hammond said the government planned to invest 1.0-1.2 percent of GDP on economic infrastructure from 2020, up from 0.8 percent now.

The Office for Budget Responsibility, Britain’s independent budget forecasters, said gross domestic product would grow by 1.4 percent in 2017, down from an estimate of 2.2 percent made in March, before voters decided to leave the EU.

Hammond, announcing the first detailed economic plans of May’s government, said the OBR believes uncertainty about Britain’s trading relationships with its EU neighbours – who buy nearly half the country’s exports – will cut growth by 2.4 percentage points over coming years.

“We will maintain our commitment to fiscal discipline while recognising the need for investment to drive productivity and fiscal headroom to support the economy through the transition.” 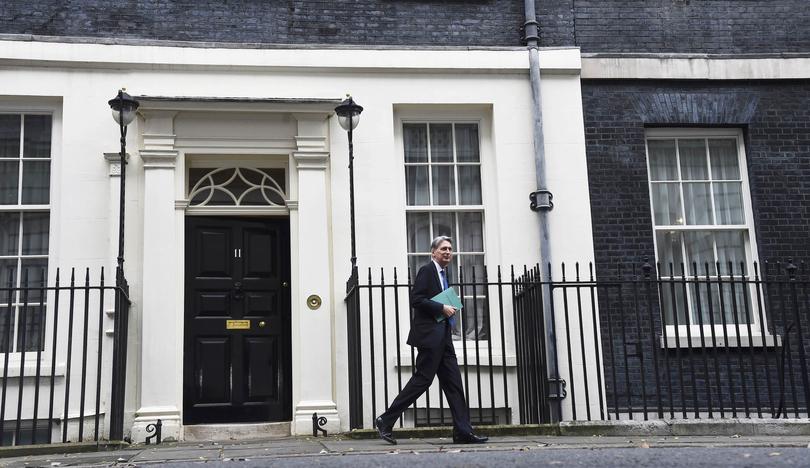 Britain’s Chancellor of the Exchequer Philip Hammond leaves 11 Downing Street on his way to present his Autumn Statement in the House of Commons, in London November 23, 2016. REUTERS/Toby Melville 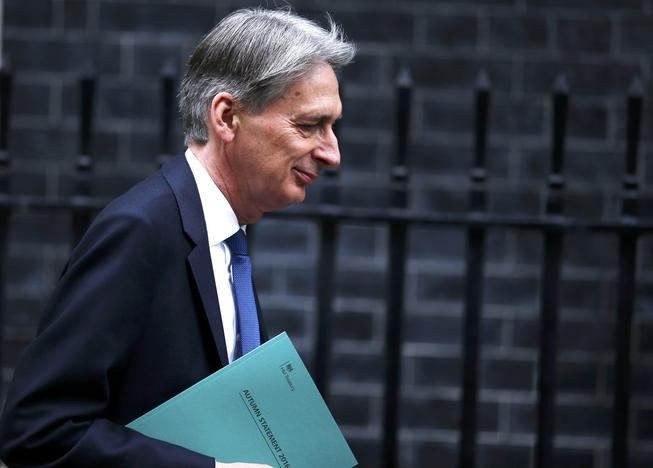 Britain’s Chancellor of the Exchequer Philip Hammond leaves 11 Downing Street on his way to present his Autumn Statement in the House of Commons, in London November 23, 2016. REUTERS/Peter Nicholls

Britain’s economy has so far largely withstood the shock of the Brexit vote, wrong-footing the Bank of England and almost all private economists who expected a bigger immediate hit.

Brexit supporters, who say Britain’s economy is likely to fare much better than the widespread views of a slowdown, are likely to question the credibility of the latest OBR forecasts.

Britain is expected to run a budget deficit of nearly 22 billion pounds in the 2019/20 financial year which until recently had been the target date for a first budget surplus, Hammond said, citing forecasts from the budget office.

“The prime minister and I remain firmly committed to seeing the public finances return to balance as soon as practicable… while leaving enough flexibility to support the economy in the near-term,” he said.

Hammond said he would stick to a business tax road map set out in March and that he would change the tax treatment of past business losses to ensure firms always pay tax in the years they make a profit.

To soften the hit to living standards for poorer households, the finance ministry announced before Hammond’s statement that the government would raise the minimum wage, partially reverse planned cuts in benefits for low-earners and curb fees on renting property.

Shares in leading estate agents tumbled after Britain said it would ban one-off tenant fees to try to bring down the cost of renting, the latest move to hit landlords.