Turkish President Tayyip Erdogan and Russia’s Vladimir Putin discussed developments in Syria and economic relations especially in the energy sector in a phone call on Tuesday.

The two leaders highlighted the achievements in the Astana talks for a political solution in Syria, saying the government and the rebels should work out a constructive progress within the UN, state-run Anadolu Agency cited presidential sources as saying.

During the phone conversation, Erdogan and Putin agreed that Syria should not become a conflict zone between Israel and Iran, while the territorial integrity of Syria should be maintained by international parties.

Erdogan also said the political process in Syria should not include groups linked to People’s Protection Units or groups under the control of terrorist organizations. 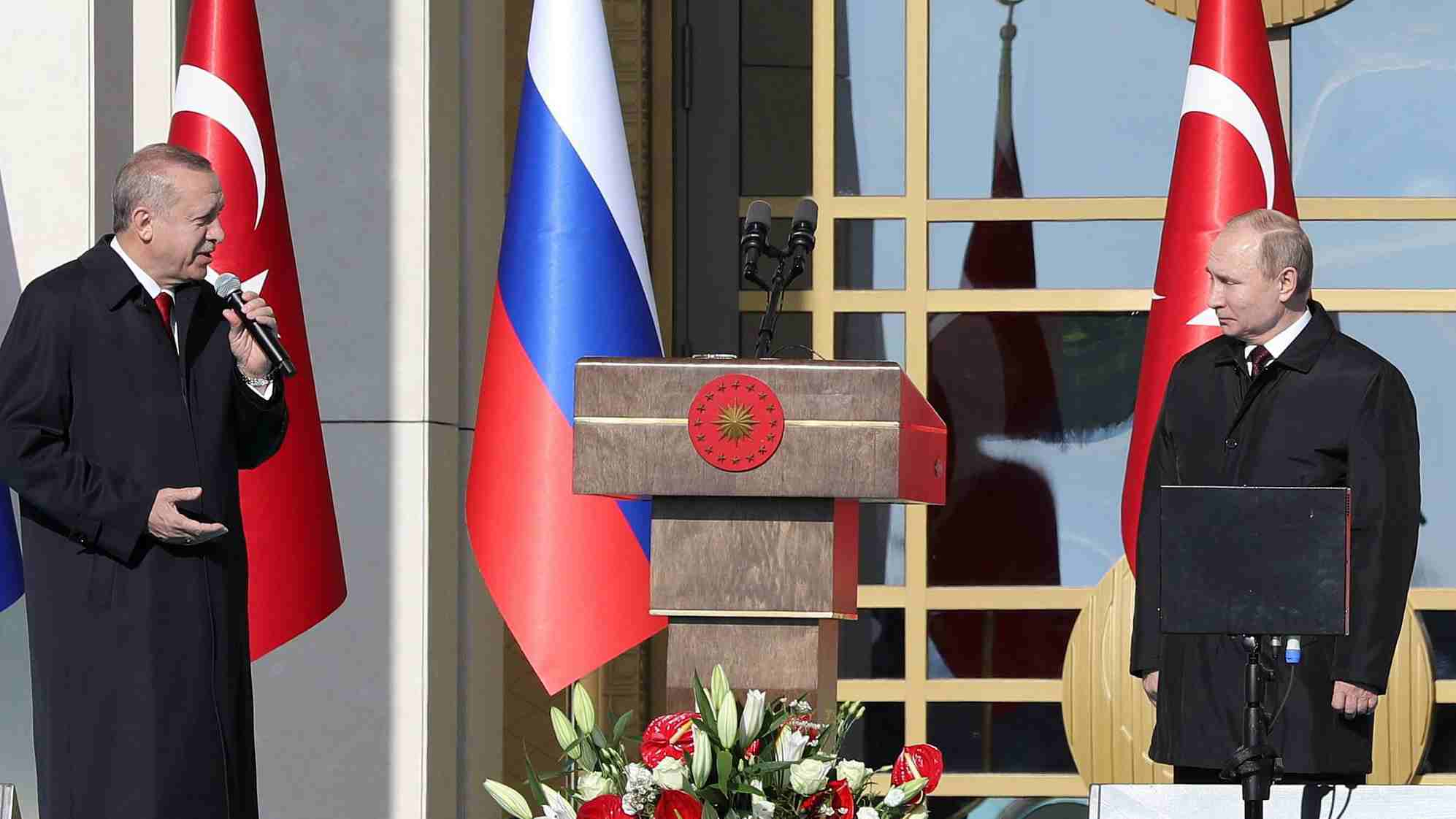 On bilateral ties, both sides expressed satisfaction over the progress of the Akkuyu Nuclear Power Plant and the TurkStream natural gas pipeline projects.

The Akkuyu NPP, comprising four units, each of which has a capacity of 1,200 megawatts, will be built by the Russian State Nuclear Energy Agency, Rosatom.

They also stressed the use of local currencies in bilateral trade.

Last month, Erdogan and Putin attended the groundbreaking ceremony of the Akkuyu Nuclear Power Plant in Turkey’s southern province of Mersin, which is built by Russia’s state nuclear energy corporation Rosatom and scheduled to come on stream in 2023.

In weekend of deliberation, Mattis favored for Trump Pentagon chief