Turkey detained 235 people over alleged links to Kurdish militants in nationwide raids on Monday, two days after twin bombings killed 44 people and wounded about 150 outside an Istanbul soccer stadium.

Interior Minister Suleyman Soylu vowed those responsible for Saturday’s attacks, claimed by an offshoot of the PKK militant group, would be “wiped from this geography”.

“Our people expect us to defeat and eliminate this terrorist organisation, which has attacked our nation for 40 years,” Soylu said while paying a condolence visit to a riot police headquarters in Istanbul.

“We want everyone to know that they will not get anywhere by hiding behind political parties, behind politicians, behind those media outlets protecting them,” Soylu said. 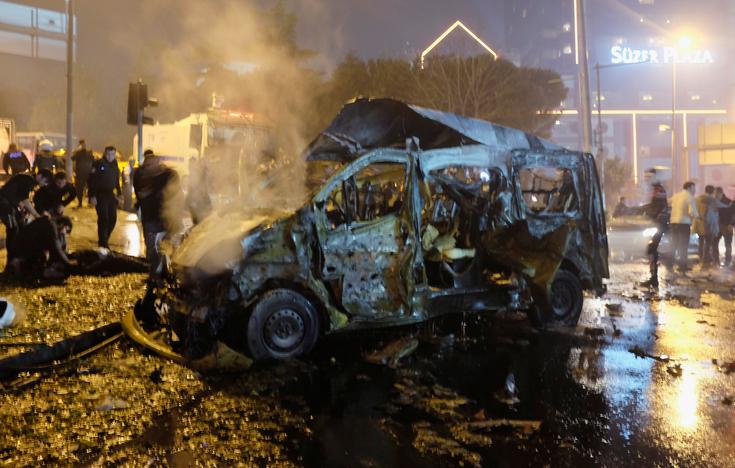 Most of those killed in the bomb blasts were riot police. Funerals were held for a second day on Monday, the victims’ coffins draped in the Turkish flag. A cabinet meeting was postponed to enable government ministers to attend.

The PKK, which took up arms against the Turkish state in 1984 and is fighting for Kurdish autonomy, is deemed a terrorist organisation by the United States and European Union, as well as by Turkey. Saturday’s attack was one of the deadliest claimed by Kurdish militants for decades. 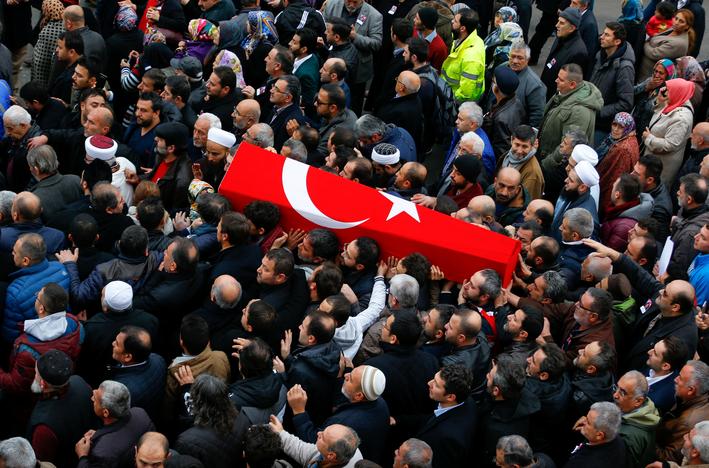 The interior ministry said Monday’s detentions were made across 11 provinces from northwest to southeast Turkey and that the 235 people were held on charges of “spreading terror group propaganda” over social media and acting on behalf of the PKK.

Many of those detained were members of the pro-Kurdish Peoples’ Democratic Party (HDP), parliament’s second-biggest opposition grouping, which President Tayyip Erdogan and the government accuse of links to the PKK.

In a statement on Sunday the HDP said it “harshly condemned” the Istanbul attacks and expressed condolences for the victims.

The HDP’s leaders and several thousand of its members have been arrested pending trial over the past year, drawing criticism from Western allies. The HDP, which last year became the first Kurdish party to enter parliament, denies direct links to militants.

Around dawn, about 500 police, backed by armoured vehicles and a helicopter, launched an operation in the southern city of Adana and detained 25 HDP officials there, the state-run Anadolu news agency said.

Counter-terror police in Istanbul separately took into custody 20 HDP officials, including its provincial head, and carried out searches including the party’s main offices in the city, Anadolu said. The top HDP official in Ankara was among 17 people from the party held in raids there.