From Beijing to Berlin, star gazers around the world admired the supermoon – the largest, brightest full moon in nearly seven decades – as it made its way across the skies on Sunday and Monday.

In Australia, some sky-watchers climbed to the top of the Sydney Harbour Bridge to get a closer view of the moon as it ducked between the clouds over the city. Astronomers said it was closer to Earth than at any time since 1948.

The supermoon, also known as a blood moon, was produced when the shadow of Earth cast a reddish glow on the moon, the result of a rare combination of an eclipse with the closest full moon of the year.

For more than an hour on Sunday night and early on Monday morning, Earth’s shadow blanketed the full moon as the planet passed between the sun and the moon.

The brilliant white glow of the moon slowly transformed into a dim red, a coloring caused by Earth’s atmosphere scattering sunlight into the shadow. 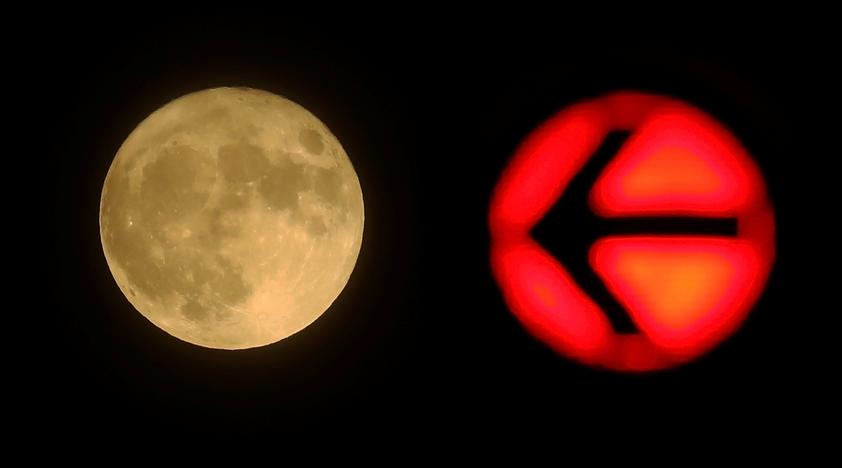 “I think the last time I can remember this sort of (activity) is when I was very small, when Hale-Bopp came. Back then my parents took me (to watch),” said Hsieh Wei-Ting, 36, who lined up with scores of people in Taipei to look at the moon through telescopes in the Taiwanese capital. “It was like climbing a mountain to look at the stars.
“In New York City, the Chrysler Building lit up when the supermoon set behind the Art Deco-style skyscraper, and photographers captured the moon rising over the U.S. Capitol dome in Washington D.C.
In Boston, real estate agent Jamie Iacoi filmed video from his roof deck on Sunday.

“At one point, the planes were flying right through the middle of the moon. It was so cool to see in person,” Iacoi said.

Spectators lined up in France, Israel and Germany to watch the moon rise behind famous monuments like the Eiffel Tower, Dormition Abbey, and the Brandenburg Gate.

The full moon also shone over Jakarta in Indonesia and Thailand’s Bangkok while in the Philippines, park-goers watched the spectacle in Manila.

The next supermoon-lunar eclipse combination will not happen until 2033.

(Reporting by Reuters TV; Writing by Patrick Johnston in Singapore and Melissa Fares in New York; Editing by Bernadette Baum)