In total, 25 Catalan leaders will be tried for rebellion and embezzlement, the Supreme Court ruled, in a sharp escalation of legal action against separatists in the northeastern region.

Thirteen leaders – including Puigdemont, in exile in Brussels, and Marta Rovira, deputy leader of the leftwing separatist ERC party – will be tried for rebellion, which carries a maximum penalty of 30 years in jail.

The other 12 will be tried for embezzlement or disobeying the state.

Turull and four other leaders appeared before the Supreme Court on Friday and were immediately placed in custody pending trial.

Supreme Court Judge Pablo Llarena also issued an international arrest warrant against Rovira, who failed to appear in court, saying she was fleeing the country to avoid prosecution, as well as Puigdemont and four others already in exile in Belgium.

The court’s decision means a regional leadership vote for Turull, which was due to take place on Saturday, will not happen because his presence is compulsory.

A close ally of Puigdemont, he was already put forward on Thursday to become the next regional president but failed to obtain enough votes after a small far-left secessionist group broke ranks and abstained.

Catalan parliament speaker Roger Torrent nevertheless said he would go ahead with Saturday’s session and read a statement in support of those jailed. 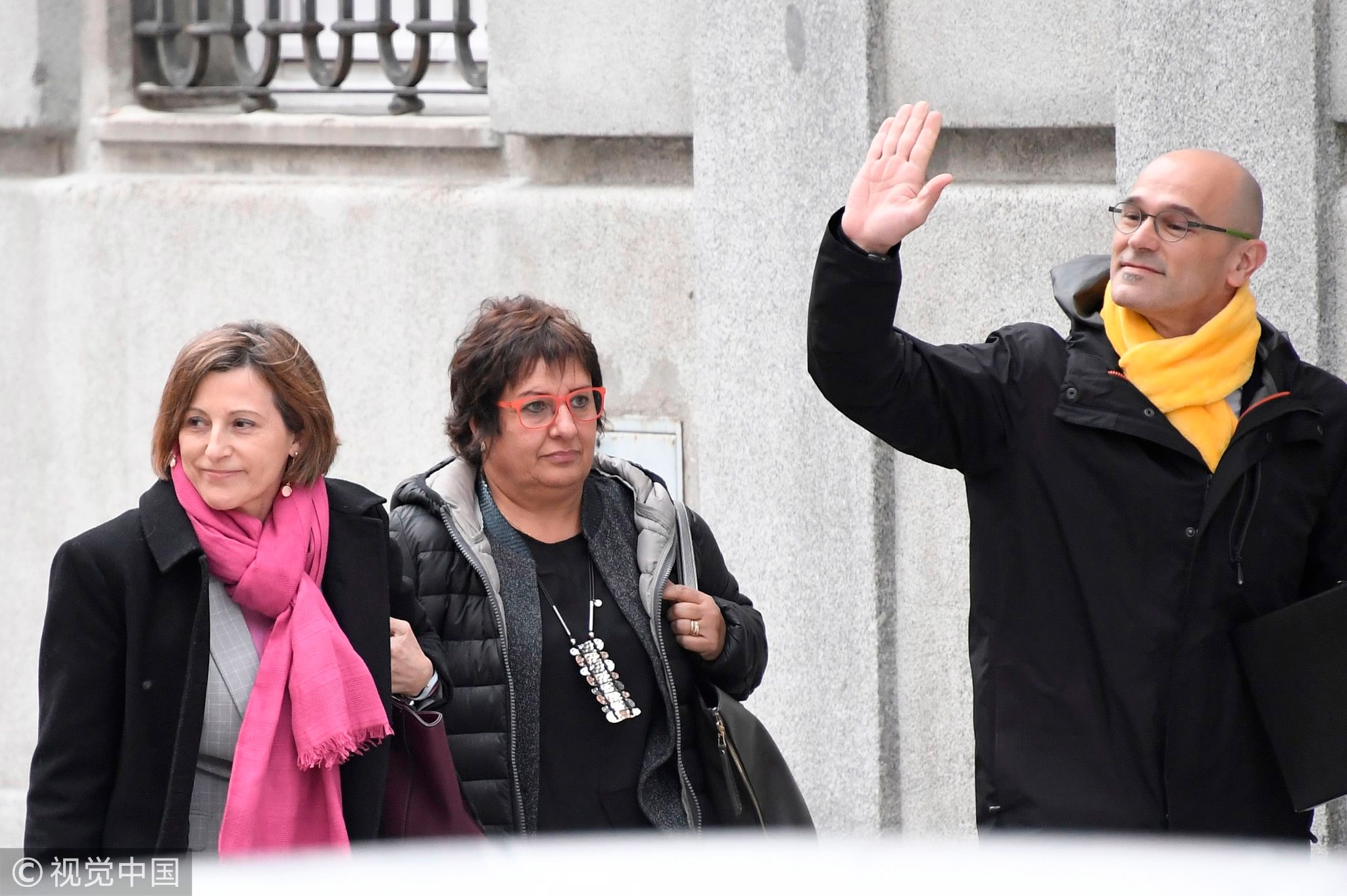 Catalonia has been in political limbo since Spanish Prime Minister Mariano Rajoy took over its regional government after it unilaterally declared independence following the October plebiscite.

Public support for the independence of Catalonia, which has its own language, extensive devolved powers and an economy as large as Portugal’s, fluctuates either side of 40 percent in polls.

(Top picture: A police van believed to be carrying some of the Catalan politicians ordered to be jailed pending their trial for rebellion leaves the Supreme Court in Madrid, Spain, March 23, 2018. /VCG Photo)

‘Our Son of a Bitch’ Dr Shakeel Afridi says Pakistan

United have moved away from traditions on transfers, says Moyes