Scotland’s most substantial local authority pension scheme has been sharply criticized for investing £83 million in 11 of the world’s biggest arms firms.

At the close of 2014, Glasgow City Council’s Strathclyde Pension Fund had shares amounting to £19.6 million in Lockheed Martin and Boeing – two of the biggest arms manufacturers on the planet.

The figures were obtained under Freedom of Information (FoI) legislation, and published in a report by the Scottish Herald on Thursday.

Glasgow City Council’s pension scheme is one of the world’s largest, boasting total assets in excess of £13.9 billion. 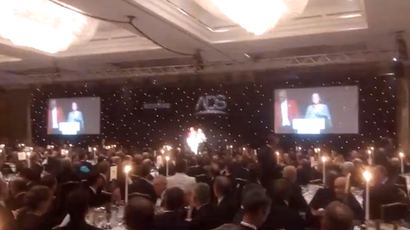 It pays 70,000 Scottish pensioners, and has an additional 130,000 people either waiting to retire from local councils or contributing to the fund. Additionally, it consists of 200 other small and large employers.

Lockheed Martin, one of the Strathclyde Pension Fund’s leading benefactors, produces military aircraft, armored ground vehicles, missiles, unmanned systems for air and naval systems. It exports arms to states across the globe, including Israel and Bahrain.

Boeing is the world’s leading aerospace firm, and the largest producer of military aircraft and commercial jetliners in the world. Its aircraft have been deployed in military campaigns in war-torn states such as Israel and the Palestinian Territories, Iraq, Afghanistan and Libya. 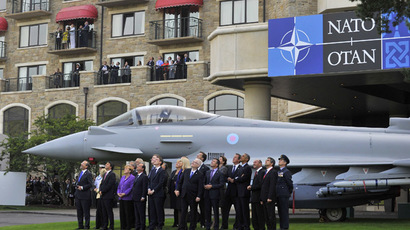 Holywell manufactures technology used in combat aircraft, tanks and the Reaper drone, deployed by the CIA and various states to conduct strikes worldwide. According to UK think tank Drone Wars, the US is the most prolific user of this unmanned aerial vehicle, and has used it to target and kill numerous people in Pakistan and Yemen.

Raytheon makes the Reaper drone’s targeting system. The firm has also been linked to manufacturing components for bombs deployed in the 2014 Gaza conflict. Margaret Curran MP, shadow secretary of state for Scotland, was seated at Raytheon’s table in February at a glitzy arms banquet in Westminster, according to UK charity Campaign Against Arms Trade (CAAT).

United Technologies produces aircraft, drones and helicopters, including the Eurofighter Typhoon, Lockheed Martin’s F-35 and the Northrop Grumman Global Hawk. In 2012, it pleaded guilty to the “illegal export to China of US-origin military software used in the development of China’s first modern military attack helicopter,”CATT says.

Scottish pension schemes have previously been scrutinized for investments in tobacco and arms firms. In January 2014, it emerged Scottish public sector pensions had invested over £220 million in tobacco companies, such as Marlboro, Benson & Hedges and Lucky Strike.

A further £55 million is thought to have been siphoned into the world’s top 10 arms producers, which sell explosive artillery, armored tanks, rocket launchers and F-16 fighter planes.

These investments occurred in the face of specific guidelines calling for social and ethical concerns to be considered by Scottish councils issuing investments.

The global arms trade devastates lives, tramples on human rights, and jeopardizes security across the world. Anti-arms campaigners say the export and sale of arms entrenches a militaristic rather than diplomatic approach to international concerns. 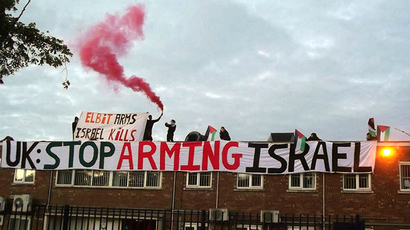 The extent of Glasgow City Council’s investment in this lucrative but deadly trade sparked outrage across the UK.

“Glasgow City Council is meant to be committed to public welfare and the public good, and should not be investing in companies that directly profit from war and conflict around the world,” he told the Scottish Herald.

“The arms trade is a deadly and illegitimate industry and people across Glasgow will be shocked to find that the council is using their money to boost companies that arm dictators and human rights abusers.”

A spokesman for Glasgow City Council told the Scottish Herald the Strathclyde Pension Fund has its “own committee structure and governance which is responsible for investment strategy.”

While he conceded Glasgow City Council is responsible for employing these people, he claimed the local authority is not responsible for investment decisions relating to the fund.

“The fund is a signatory to and active participant in the United Nations Principles for Responsible Investment – and we have appointed independent monitors to ensure these principles are adhered to by our investment managers,” he said.

“We take our social responsibilities seriously and are recognized as a fund that is showing leadership both nationally and internationally in actively engaging with the companies in which we invest to challenge them to address risks and improve performance.”

Carney – BoE can’t be expected to nullify Brexit hit to...