The deal came at the start of Prince Mohammed’s first public trip abroad since becoming heir apparent last year and purging the kingdom’s business and political elite in a crackdown on corruption that saw top princes and businessmen detained.

Egypt and Saudi Arabia have strengthened ties since Sisi took power in 2013 after ousting the Muslim Brotherhood, which both countries have banned and designated as a terrorist organization.

A Saudi official told Reuters that Riyadh’s part of the new joint investment fund will be cash to help develop the Egyptian side of NEOM, which Prince Mohammed unveiled last October as part of plans to wean the world’s top crude exporter off oil revenues.

The investment deal underlines the strategic ties between the richest Arab state and the most populous.

Cairo supports Riyadh in its fight against Iran-backed Houthi fighters in Yemen, and last year joined a Saudi-led boycott of Gulf state Qatar and agreed to hand over two Red Sea islands to Saudi despite widespread criticism at home. 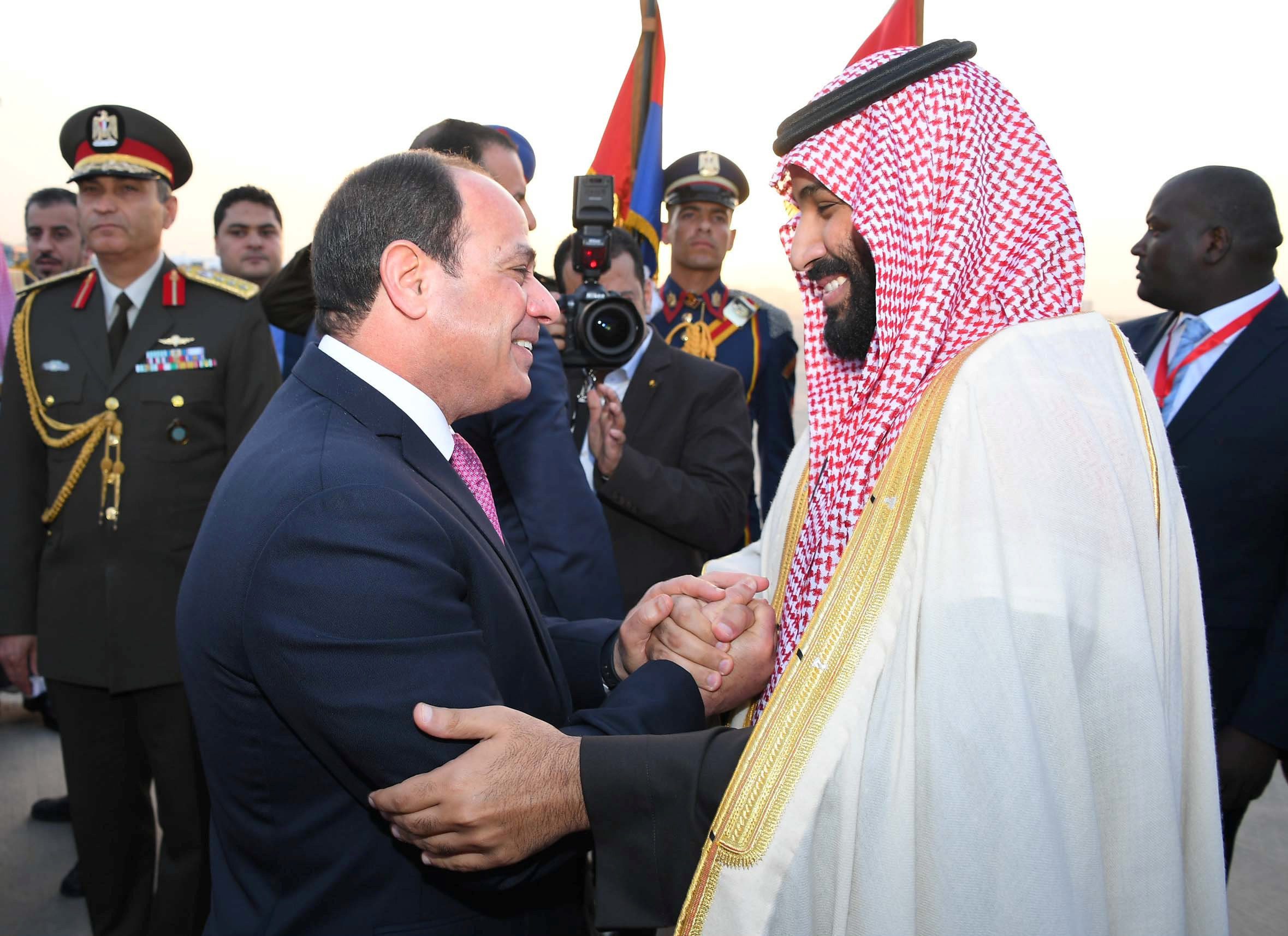 The day before Prince Mohammed’s visit, Egypt’s top court dismissed all outstanding legal challenges to the deal on the Red Sea islands.

The Saudi visit comes three weeks ahead of an election where former general Sisi is seeking a second term. He is guaranteed a win in a vote where, critics say, authorities have locked up opponents or forced them to halt election campaigns.

As Egypt tries to keep a lid on any internal unrest, it has sided firmly with Saudi Arabia on key foreign policy issues including the face-off between the Sunni kingdom and its Shia foe Iran.

Egypt eagerly joined Saudi Arabia and other Gulf allies last June in a trade and diplomatic boycott of Qatar, whose government and media it accuses of supporting the Muslim Brotherhood, hundreds of whose members Cairo has imprisoned and sentenced to death. Doha denies the charges.

The Saudi prince will head to Britain on March 7 following his three-day visit to Cairo and then to the United States, Riyadh’s closest Western ally, later in the month.

Nimr told US officials, ‘Shia are natural allies of US’, claims...