Britain on Saturday accused Moscow of pursuing a new “diversionary tactic” over last month’s poisoning of an ex-spy in the English city of Salisbury, as it considers a request by Russia’s Ambassador in London for a meeting with Foreign Secretary Boris Johnson.

The Foreign Office confirmed it had received the request for ambassador Alexander Yakovenko to meet Johnson, but called the request a diversionary tactic.

“It’s Russia’s response that has been unsatisfactory,” a Foreign Office spokesperson said in a statement, adding it would respond to the request “in due course.”

Relations between Russia and Britain have plunged to their lowest for decades since former Russian spy Sergei Skripal, 66, and his daughter Yulia, 33, were found slumped unconscious on a bench in Salisbury last month.

Both were found to be suffering from the effects of a nerve agent but are now recovering in hospital.

Britain blamed Russia for the poisoning and asked it to explain what happened, but Russia denies any involvement and has suggested that Britain itself carried out the attack to stoke anti-Russian hysteria.

Both have subsequently accused each other of trying to deceive the world with an array of claims, counter-claims and threats.

The crisis has led to the biggest wave of tit-for-tat expulsions of diplomats in recent memory. 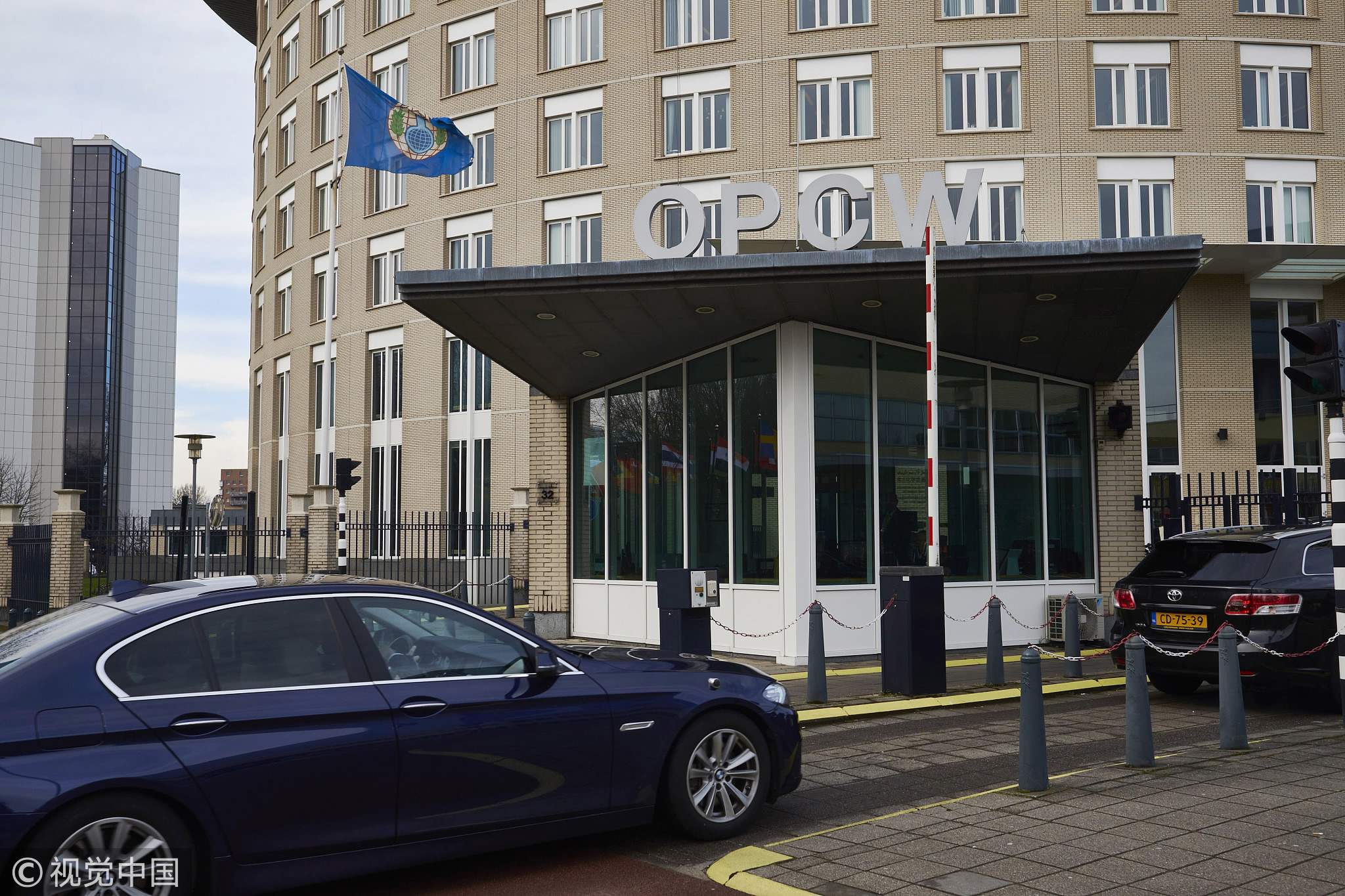 Representatives and employees of the Organisation for the Prohibition of Chemical Weapons arrive at the headquarters for a special council meeting about the Sergei Skripal case on April 04, 2018 in The Hague, the Netherlands. /VCG Photo

At a session of the executive of the global chemical weapons watchdog earlier this week, Russia called for a joint inquiry into the poisoning of the Skripals but lost a vote on the motion.

The two then swapped insults at the United Nations Security Council on Thursday where Russia warned Britain it was “playing with fire” by accusing Moscow.

Saturday’s Foreign Office statement said: “It’s over three weeks since we asked Russia to engage constructively and answer a number of questions relating to the attempted assassinations of Mr Skripal and his daughter.

“Now, after failing in their attempts in the UN and international chemical weapons watchdog this week and with the victims’ condition improving, they seem to be pursuing a different diversionary tactic.”