A suspected drug trafficker who featured in the Operation Captura fugitive campaign has been arrested in Marbella. 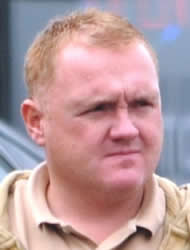 Armed officers swooped while he was walking along the Paseo Maritimo – a popular beachfront tourist hotspot – on Monday evening.

Mealey was apprehended on a European Arrest Warrant, and appeared at the Spanish National Court in Madrid yesterday. Extradition proceedings are now underway

He is the 60th fugitive to be caught out of 76 publicised through Operation Captura – the multi-agency initiative between Crimestoppers, the NCA and the Spanish authorities.

Mealey is wanted by the Metropolitan Police in connection with an investigation into the importation of millions of pounds worth of cocaine. His father-in-law John Reed and six others have already received jail terms totalling over 130 years.

Hank Cole, Head of International Operations for the NCA, said: “Mealey thought he could evade capture by fleeing to Spain and using false identity documents but we were able to track him down. It demonstrates the NCA and its partners have the capability to pursue fugitives relentlessly.”

Inspector Olga Lizana, from the Spanish National Police Fugitives Unit, said: “Cooperation between Spain and the UK on fugitive operations has never been better. This arrest once again demonstrates that sooner or later any British fugitives hiding out in Spain will be caught.”

Lord Ashcroft KCMG PC, Crimestoppers Founder and Chairman of Trustees, commented: “This latest arrest brings the success rate of Operation Captura to almost 80 per cent, which is a figure I think everyone involved with the campaign can be proud of.

“Awareness of our fugitive projects continues to grow, which is making it increasingly more difficult for individuals to evade capture. You will be caught, it’s just a matter of time.”

One of the remaining 16 fugitives on the Operation Captura list is Daniel Bowes who is wanted in connection with the same investigation. 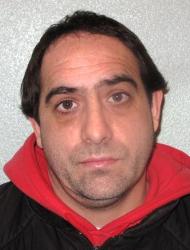 Detective Chief Inspector Sarah Staff, from the Metropolitan Police, said: “One year on from the seven successful convictions in relation to the importation of a significant amount of cocaine into the UK, we continue to appeal for information on the whereabouts of Daniel Bowes in connection with our long running investigation.

“We urgently require the help of the public both here in the UK and abroad to trace him and we will treat any information provided to the Metropolitan Police Service, the National Crime Agency or Crimestoppers in the strictest of confidence.”

For people calling from Spain with information on Bowes or any of the other fugitives, there is a special freephone Spanish telephone number – 900  555 111 – which will be answered in the UK by Crimestoppers’ call agents. A translation service is available upon request. People can also pass on information anonymously via the UK number – 0800 555 111 – or online at www.crimestoppers-uk.org