Putin says Russia ready to discuss any issues with US

Russian President Vladimir Putin said his country is ready to discuss any issues with the United States and urged Washington to adopt the same attitude.

“We are ready to discuss any matter, be it missile-related issues, cyberspace or counterterrorism efforts,” Putin said in an interview with NBC published by the Kremlin on Saturday.

He added that Russia and the United States should sit down and talk things over in order to get them straight, according to a Kremlin transcript of the interview. 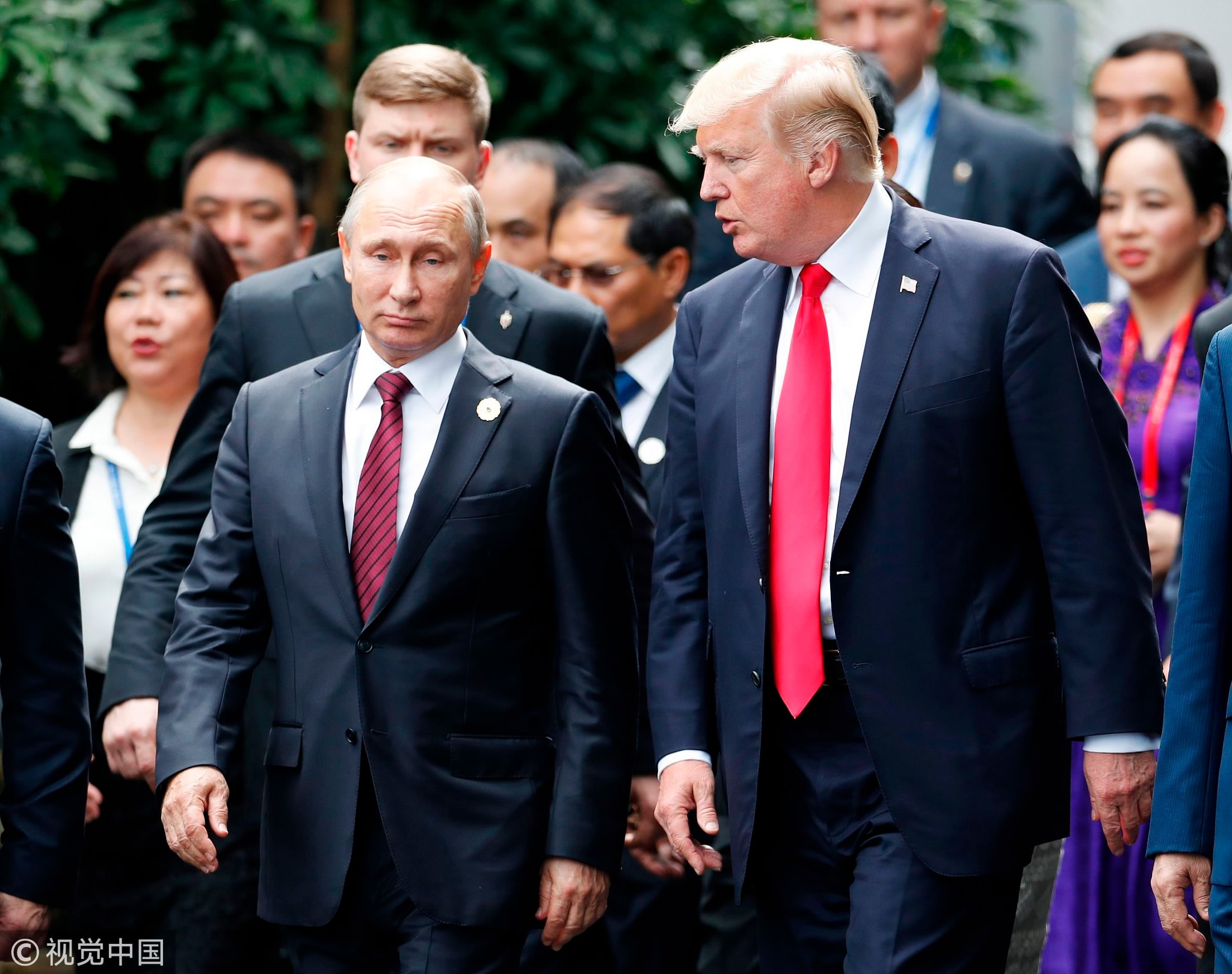 US President Donald Trump (R) and Russia’s President Vladimir Putin talk as they make their way to take the “family photo” during the Asia-Pacific Economic Cooperation (APEC) leaders’ summit in the central Vietnamese city of Da Nang on November 11, 2017. /VCG Photo

“I have the impression that this is what the current (US) president wants, but he is prevented from doing it by some forces,” the Russian president said.

Putin said Russia is ready for negotiations at any moment and hoped the United States would also be ready to do that.

“The time will come when the political elite in the United States will be pushed by public opinion to move in this direction. We will be ready the instant our partners are ready,” he added.