“He says our soldiers are oppressing people in Afrin. Netanyahu, you are very weak, very poor,” said Erdogan.

“We are dealing with terrorists, but you are not. Because you are a terror state,” Erdogan told the governing Justice and Development (AK) Party congress in southern Adana province.

Calling the Israeli leader “an occupier” in Palestine, Erdogan said Netanyahu has no right to criticise Turkey.

“History is recording what you have done to all those oppressed Palestinians,” Erdogan said, adding that he believes Israelis too are disturbed by Netanyahu’s misdeeds. 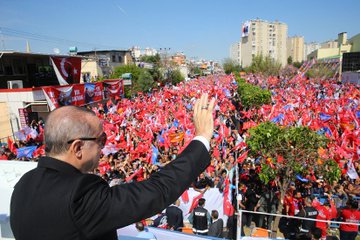 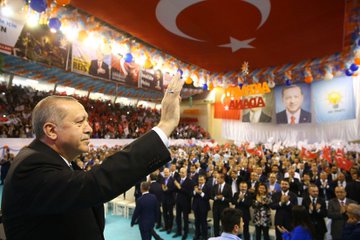 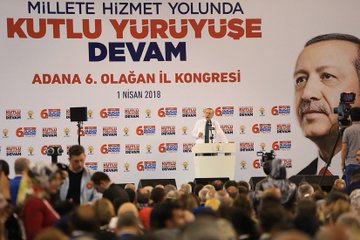 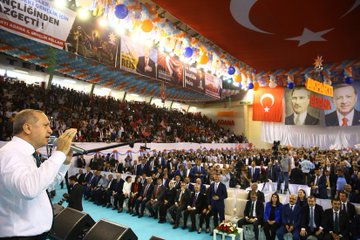 President Erdoğan: “Never will we allow anyone to drown these lands in blood, fire, oppression and suffering on others’ account. We won’t abandon our region’s fate to the ambitions of imperialists.”

Friday’s rallies were the start of a six-week protest that culminates on May 15, the day the Palestinians call “Nakba,” or the Catastrophe, when Israel was created.

The demonstrators are demanding that Palestinian refugees be allowed the right of return to towns and villages which their families fled from, or were driven out of, when the state of Israel was created in 1948.

‘We will not stop’

Turning to the operation in Afrin, Erdogan said a total of 3,844 militants have been “neutralised” since the start of Operation Olive Branch.

“We will not stop until the last terrorist is wiped out from our region,” he said.

Turkish authorities often use the word “neutralised” in their statements to imply the militants in question either surrendered or were killed or captured.

Turkey launched Operation Olive Branch on January 20 to clear militant groups from Afrin, near Turkey’s border, amid growing threats from the region.

On March 18, Turkish-backed troops liberated the town of Afrin, which had been a major hideout for YPG/PKK terrorist groups since 2012.

Turkey says the operation is being carried out under the framework of Turkey’s rights based on international law, UN Security Council resolutions, its self-defence rights under the UN charter, and respect for Syria’s territorial integrity.

The military says only terror targets are being destroyed and the “utmost care” is being taken to not harm civilians.

Tulisa due in court in cocaine case