Cristiano Ronaldo will retire at Real Madrid when he reaches 40 years old, says his agent, ruling out the possibility of a return to Manchester United.

Ronaldo has previously hinted at a desire to finish his career at Old Trafford, having scored 118 goals in 292 appearances for United prior to joining Real Madrid in 2009.

But Jorge Mendes, speaking on Spanish TV on Wednesday night, firmly denied that Ronaldo has any intention of leaving the Bernabeu as he looks to build on a remarkable record of 269 goals in 257 matches.

“Cristiano Ronaldo will retire at Real Madrid when he turns 40,” Mendes told Cadena Cope. “He is very happy at Madrid. It is impossible to lure Ronaldo away from Madrid. He breaks all the records and is regarded as the best athlete ever.

“He is happy at Real Madrid and has always been happy here. He will break all the records and then retire at Madrid. Manchester United will always have a place in his heart, because he spent six years there. But he is only thinking about Madrid now and will always stay here.

“He is delighted to be at Madrid. People know that it is impossible to sign him, so it’s not even worth calling.”

Mendes, who is football’s most influential power broker, also claimed Ronaldo is the best player in the world and will not be matched for 500 years.

[RONALDO IS AN ATHLETE, BUT MESSI IS A GOD]

“Ronaldo is the best player in the world and the best we have ever seen,” he added. “You will never see a player like him again.

“He is getting better and better and will continue to do so until he turns 40. You cannot compare him with anyone. There will not be anyone like him in the next 500 years.”

Need a hug, United fans? The dream of Ronaldo returning to rainy Manchester always seemed rather fanciful, and it seems this interview with super-agent Mendes has confirmed what some others suspected: he will remain a Real Madrid player for some time yet. This could also be a significant thaw in hostilities with the club after Ronaldo publicly criticised their transfer policy this summer.

As for whether Ronaldo is, as Mendes claims, the best in the world, that’s a debate for another time. Certainly he is in the top two and Mendes is likely right in saying that Ronaldo is the greatest athlete football has ever seen. But will he still have his explosiveness if he is still playing for Madrid at 40? 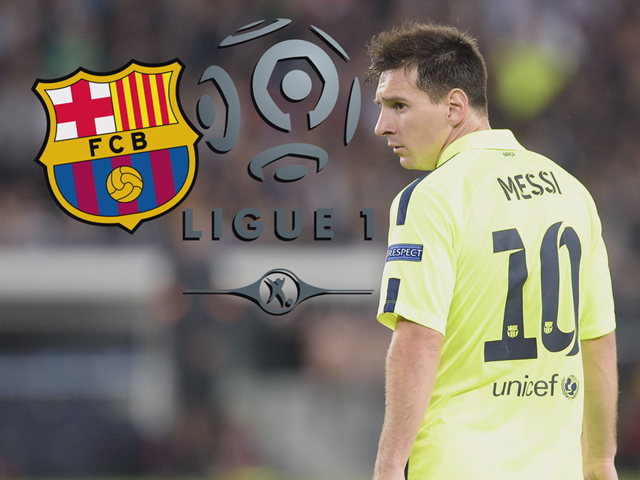 Barcelona could be kicked out of La Liga, and join the French league as a consequence of independence for Catalonia.

THE VIEW FROM SPAIN

Jorge Ordas, Eurosport Spain: There is a possibility that Ronaldo will stay at Madrid until 40 but will he be prepared for that? Looking at the legends of Real Madrid, all of them left Madrid before retiring and played for other teams (Hierro, Raul, probably Casillas…). Real Madrid need the best players every year and Ronaldo probably won’t be one of them when he gets older.

In our personal opinion, Ronaldo’s criticism of Madrid’s transfer policy was more a misunderstanding than a real problem. He has given his best at the start of the season, scoring an amazing number of goals, and nobody in Madrid remembers those comments.

Happy Birthday to HM The Queen