Zionist hardliners worry that by handing over historic records, Turkey will help Palestinians protect themselves from land appropriation by Israeli authorities.

Turkey’s decision to hand over Ottoman records to the Palestinian Authority has become the source of severe consternation among Israeli extremists.

An editorial published in early January by newspaper Israel Hayom expressed anger over Ankara’s handover of the documents to Palestinian officials.

For 400 years between the sixteenth and twentieth centuries, the area of historic Palestine and modern-day Israel were ruled by Ottoman Turkish Sultans, who kept meticulous records including land registries and property ownership documents.

The existence of these documents is important, as the lack of substantive proof of ownership among Palestinians is often used by the Israelis as a pretext to seize land in occupied territories, such as East Jerusalem and the West Bank.

Having the documents in Palestinian hands means there is a definitive legal basis to challenge Israeli appropriation of land and property.

While Israel has paid little heed to the legal rights of Palestinians over its history, the documents, estimated at more than 140,000 records, have great symbolic value.

Israeli propaganda has frequently sought to minimise the presence of indigenous people in the land of historic Palestine prior to the arrival of Jewish migrants from Europe and the Middle East in the nineteenth and twentieth centuries.

Israeli propagandists, as high up as former Prime Minister Golda Meir, have gone on record as stating that there is “no such thing as Palestinians.”

With Palestinians erased, Zionist ideologues spread the myth of “a land without a people, for a people without a land”.

Such efforts aim to give the idea that Jewish migrants came upon a sparsely populated land and that those calling themselves Palestinian are Arabs from nearby areas seeking to usurp territory from its rightful owners.

Today marks the 71st anniversary of Nakba Day, here’s a summary of how Palestinians lost their lands when the state of Israel was established. 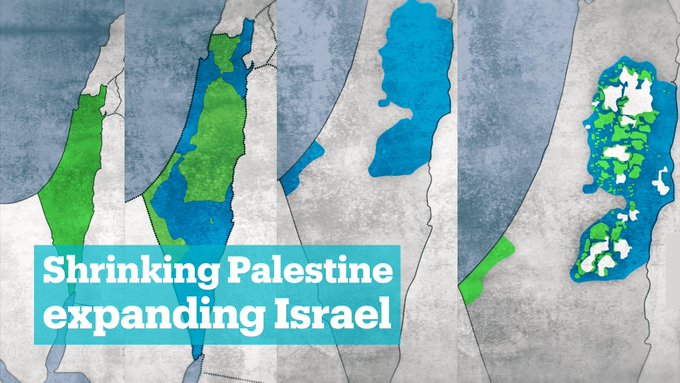 The Ottoman records, however, counteract this attempt to strip the Palestinian people from their links to their historic territory. The documents detail 400 years of history, covering the ownership rights of those who consider themselves Palestinian today.

While the Jewish people have a historic relationship with the region of what is now Israel dating back millennia, the establishment of the modern state in 1948 required the forcible expulsion of hundreds of thousands of Palestinians, who along with their descendants are not allowed to return to their homes.

Further displacement of Palestinians has been ongoing since the Arab defeat in the 1967 Arab-Israeli war.

Since then Israel has illegally occupied Gaza, the West Bank, and East Jerusalem, solidifying its hold on these areas at various points in recent history with the building of settlements and the appropriation of land.