‘Do not travel to Australia’: Chinese Government warns citizens of increased racism

China has issued a travel warning to its citizens, advising them against visiting Australia due to what it says is a spike in racism during the coronavirus pandemic.

The Chinese Ministry of Culture and Tourism issued the alert, reporting a “significant increase” in racist attacks on “Chinese and Asian people”.

The warning comes after China’s state-run tabloid Global Times published an editorial that told Chinese students to “be cautious about studying in Australia”.

It did not give any specific examples of such discrimination or violence.

“Due to the impact of the Covid-19 pandemic, racial discrimination and violence against Chinese and Asian people in Australia have seen a significant increase,” the statement said.

“The Ministry of Culture and Tourism reminds Chinese tourists to enhance their safety awareness and do not travel to Australia.”

Asians of various backgrounds have said they have been harassed since the outbreak of the novel coronavirus, including in the US. China issued a warning to tourists travelling there earlier this year after some said they were mistreated in connection with the outbreak.

There have been numerous reports of people of Asian appearance experiencing flagrant racism across Australia in the wake of Covid-19.

During the height of the pandemic, the ABC chronicled the stories of Asian Australians who had fallen victim to such attacks.

A Chinese-Australian family’s Melbourne home was targeted by vandals three times in one week in April.

Some of the incidents that happened in public areas were captured on video and shared widely on social media.

The travel warning from China could further sour relations between the trade partners.

But Beijing denied the new trade measures were in retaliation to Australia’s call for an independent investigation into the global pandemic. 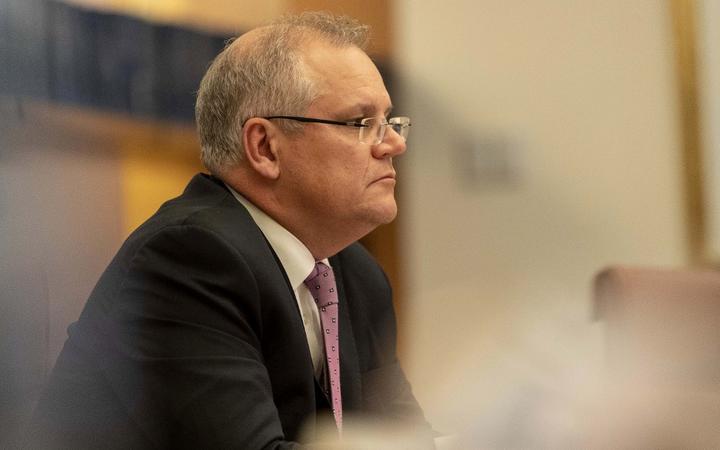 On Friday, Prime Minister Scott Morrison rejected claims that tightening of overseas investment security tests in Australia was made with China in mind.

Morrison and Treasurer Josh Frydenberg revealed reforms into foreign investment that would include a stringent security test aimed at protecting critical assets.

Morrison denied that the move was targeting China, adding that it should not further sour Australia’s relationship with the world’s most populous nation.

“I don’t believe it should,” he said.

“Countries make decisions on their own interests for their own rules and we respect the rules and interests of other countries, so I see no reason why that should be the case.

“Australia will always design its foreign investment rules on that basis, as other countries do theirs, so I don’t think there is anything extraordinary about that.”

The latest developments will put further pressure on cash-strapped Australian universities and colleges, which are reeling in the wake of coronavirus travel restrictions.

An international relations expert said restrictions on Chinese citizens travelling to Australia should be a wake-up call for New Zealand.

He said New Zealand’s relationship with China is much better than Australia’s so it is unlikely to see the same travel alert applied.

Dr Young said although borders have not reopened with China yet, the higher education market remains a significant economic driver for New Zealand.

That could be put at risk if New Zealand’s relationship with China were to deteriorate, he said.

But he said racist attacks on Chinese people have occurred here too, and people should be more tolerant.

Ministry of Defence must sell-off assets to stay ‘fighting fit’