No F-35 Jets – UAE cancels meeting with US and Israel

The United Arab Emirates cancelled a meeting with Israeli and American officials to formalise normalisation, due to Prime Minister Benjamin Netanyahu’s opposition to the US selling Lockheed Martin F-35 fighter jets to Abu Dhabi, Axios reported.

Abu Dhabi had been trying to purchase the advanced US-made jets, but American policy dictates that Israel must maintain its military superiority in the region.

Initial reports had indicated that Netanyahu had agreed to the F-35 sales after the UAE announced a deal to normalise relations with Israel earlier this month. But the Israeli premier voiced public opposition to the F-35 sale last week.

“The peace agreement with the UAE does not include any clauses on the matter, and the United States clarified to Israel that it will always safeguard Israel’s qualitative edge,” Netanyahu said.

Top Emirati diplomat Anwar Gargash told the Atlantic Council last week that acquiring the F-35s was a “legitimate” defence concern for Abu Dhabi, noting that the UAE had been trying to get the jets for six years. 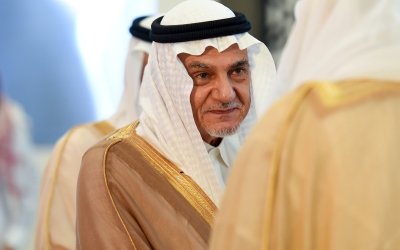 No normalisation with Israel without Palestinian state, Saudi royal says

“This is something on the table. We have legitimate requests that are there. We ought to get them… Now the whole idea of, you know, the state of belligerency or war with Israel will no longer exist, so I think it should be actually more easier,” Gargash said.

The ceremonial signing of the deal with Israel in the presence of US officials was set to boost President Donald Trump’s reelection campaign. It is not clear if the reported cancelling of the meeting will affect the normalisation agreement.

On Monday, Netanyahu reiterated his stance that the preliminary normalisation deal with the UAE did not include any agreement on arms sales.

“I don’t know of any arms deal that has been agreed upon. It may be contemplated; our position hasn’t changed,” he said after meeting with US Secretary of State Mike Pompeo.

“But I also learned from Secretary Pompeo – heard again a very, very strong commitment that under all circumstances, the United States will ensure Israel’s qualitative edge. That has been proven to be true over four decades of peace with Egypt, two and a half decades of peace with Jordan.”

For his part, Pompeo vowed to continue to bolster the UAE’s defence capabilities while maintaining the Americcan commitment to Israel’s so-called qualitative military edge.

“We have a 20-plus year security relationship with the United Arab Emirates as well, where we have provided them with technical assistance and military assistance,” Pompeo said.

“We will now continue to review that process to continue to make sure that we’re delivering them with the equipment that they need to secure and defend their own people from this same threat, from the Islamic Republic of Iran as well.”

Why is Macedonia backtracking on its promise to crackdown on FETO?