New Zealand survived Ravindra Jadeja’s late onslaught to stun India by 18 runs in a low-scoring thriller on Wednesday and reach the Cricket World Cup final for the second time in a row.

Twice champions India were reeling at 24-4 in their chase for a modest victory target of 240 in what had appeared to be a lop-sided semi-final.

Jadeja (77) partnered Mahendra Singh Dhoni in a century-plus stand but India were bowled out for 221 in the final over and New Zealand will play hosts England or defending champions Australia in Sunday’s final at Lord’s.

“Great semi-final over two days and very pleased to be on the right side of it,” New Zealand skipper Kane Williamson said.

“We just wanted to put the ball in the good areas and put pressure on India. We just wanted some early wickets and it was great start for the bowlers.”

“The way Jadeja and (MS) Dhoni were hitting the ball, they were likely to win, but our fielders were then outstanding.”

But Matt Henry (3-37) and Trent Boult (2-42) ripped the heart out of India’s top order and spinner Mitchell Santner struck two crucial blows in the middle overs.

Henry dismissed Rohit Sharma, the World Cup’s leading scorer, and Boult trapped Virat Kohli lbw in the next over.

India’s captain reviewed the decision but could not get it overturned.

The horror continued for India as KL Rahul became the third Indian top order batsman to depart for one, Henry’s second caught-behind victim.

Rishabh Pant added 47 runs with Hardik Pandya to arrest the slide and Pant made 32 before his wild heave off Santner found Colin de Grandhomme near the mid-wicket boundary.

Pandya, struggling with a hip injury, also made 32 before throwing away his wicket. 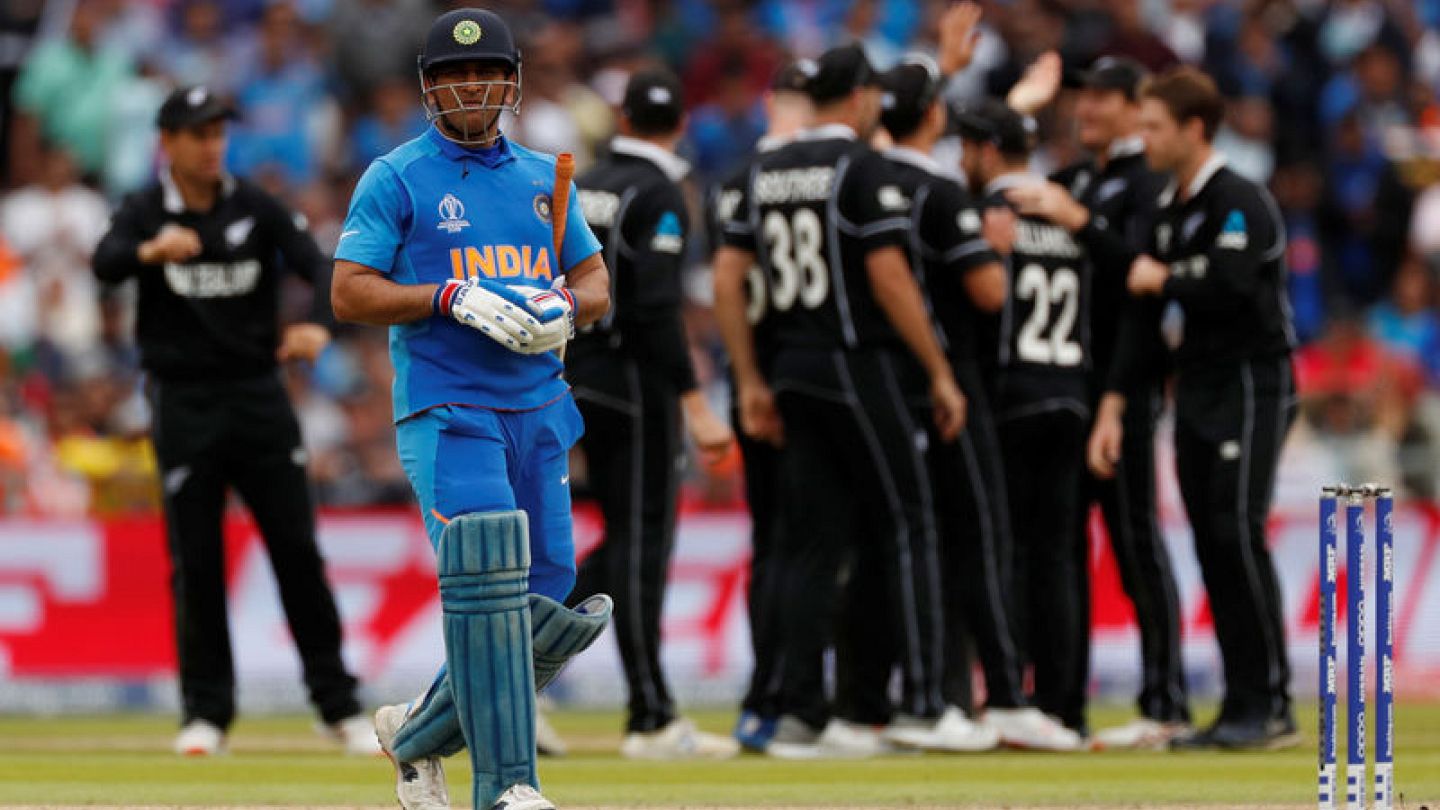 Jadeja injected fresh excitement into the match with his brave counter-attack that left his team needing 90 runs off the last 10 overs with four wickets in hand.

He and Dhoni (50) kept India afloat in the chase which was eventually derailed when both fell in successive overs.

“We thought we had restricted them to a total that is chaseable on any surface,” Kohli said.

“But the way they bowled in that first half an hour was the difference in the game.

“We had a good day yesterday and I’m very proud of that effort. Then it was a professional effort with the ball this morning and we had the momentum.

“But credit to the New Zealand bowlers – the way they bowled with the new ball, moving it around, it was an outstanding skill level on display and they made life very difficult for our batsmen.”

Williamson had won the toss on Tuesday and opted to bat at a venue where teams batting first had won all five previous matches in the tournament.

India’s new ball pair of Bhuvneshwar Kumar (3-43) and Jasprit Bumrah bowled with impeccable discipline while Jadeja was also very economical with the ball.

Resuming on the reserve day at 211-5, New Zealand added 28 runs from the remaining 23 deliveries as Ross Taylor top-scored with a gutsy 74 to go with Williamson’s 67.

Jadeja proved his value as a fielder with a pinpoint throw to run out Taylor and in the next delivery, took a well-judged catch near the ropes to dismiss Tom Latham.

Dual tests for British PM as public prepare to give their...