LONDON (Reuters) – One of the most cherished symbols of Brexit, Britain’s new blue passport will be made in European Union member France, the boss of the British company which makes the current burgundy version said on Thursday.

A handout photograph shows the original ‘blue’ British passport, which was subsequently replaced by the burgundy EU British passport, supplied by the UK government in London, Britain, March 22, 2018. UK Government/Handout via Reuters

Ahead of the June 2016 referendum on whether to leave the EU, some Brexit supporters called for a return of the blue and gold British passports, issued from 1920 to 1988.

The current burgundy document is made by De La Rue (DLAR.L) in northern England whose CEO said the firm lost the tender for the new version after being undercut on price.

“I’m going to have to go and face those workers, look them in the whites of the eyes and try and explain to them why the British government thinks it’s a sensible decision to buy French passports not British passports,” Martin Sutherland told BBC radio.

“I’d like to invite (Prime Minister) Theresa May or (interior minister) Amber Rudd to come to my factory and explain to my dedicated workforce why they think this is a sensible decision to offshore the manufacture of a British icon.”

Its current contract, which ends in July 2019, is worth 400 million pounds and the firm said the British government’s decision will have no impact on its performance in the current and next financial year. 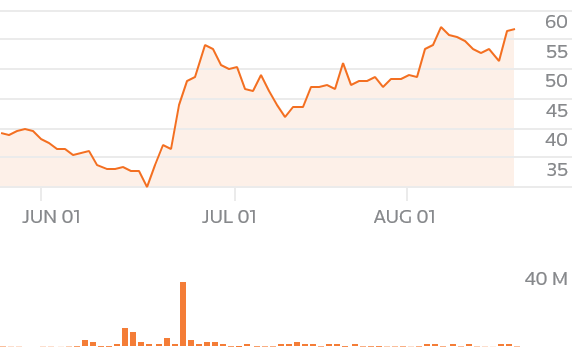 Croatia, which joined the European Union in 2013, retained its blue passport with no plans to change its colour scheme.

Britain’s interior ministry said it was running a fair and open competition to make sure the end result is a high quality and secure product offering best value for money to customers.

“We do not require passports to be manufactured in the UK,” said a spokeswoman. “A proportion of blank passport books are currently manufactured overseas, and there are no security or operational reasons why this would not continue.”