Foreign ministers of Greece and Macedonia signed a deal on Sunday at Lake Prespa, which straddles the border between the two countries after 27 years of negotiations and disputes, renaming Macedonia to the Republic of North Macedonia.

Macedonian Prime Minister Zoran Zaev and his Greek counterpart Alexis Tsipras on Tuesday announced they had reached a “historic” accord for the country to be formally known as the Republic of North Macedonia amid protests and political storms that erupted on both sides. Greek Foreign Minister Nikos Kotzias and his Macedonian counterpart Nikola Dimitrov sign an accord to settle a long dispute over the former Yugoslav republic’s name as Greek Prime Minister Alexis Tsipras and Macedonian Prime Minister Zoran Zaev look on in the village of Psarades, in Prespes, Greece, June 17, 2018. /VCG Photo

What’s the name dispute about?

The dispute originated over Skopje’s use of the name “Republic of Macedonia” when it declared independence in 1991.

Macedonia is also the name of a northern Greek province and Athens feared its northern neighbor could lay territorial claims to its own region, as well as to its heritage: the region was the cradle of Alexander the Great’s empire, a fact that modern-day Greeks are still very proud of.

Opinion: Skopje-Athens deal in perspective: hold off on the confetti! 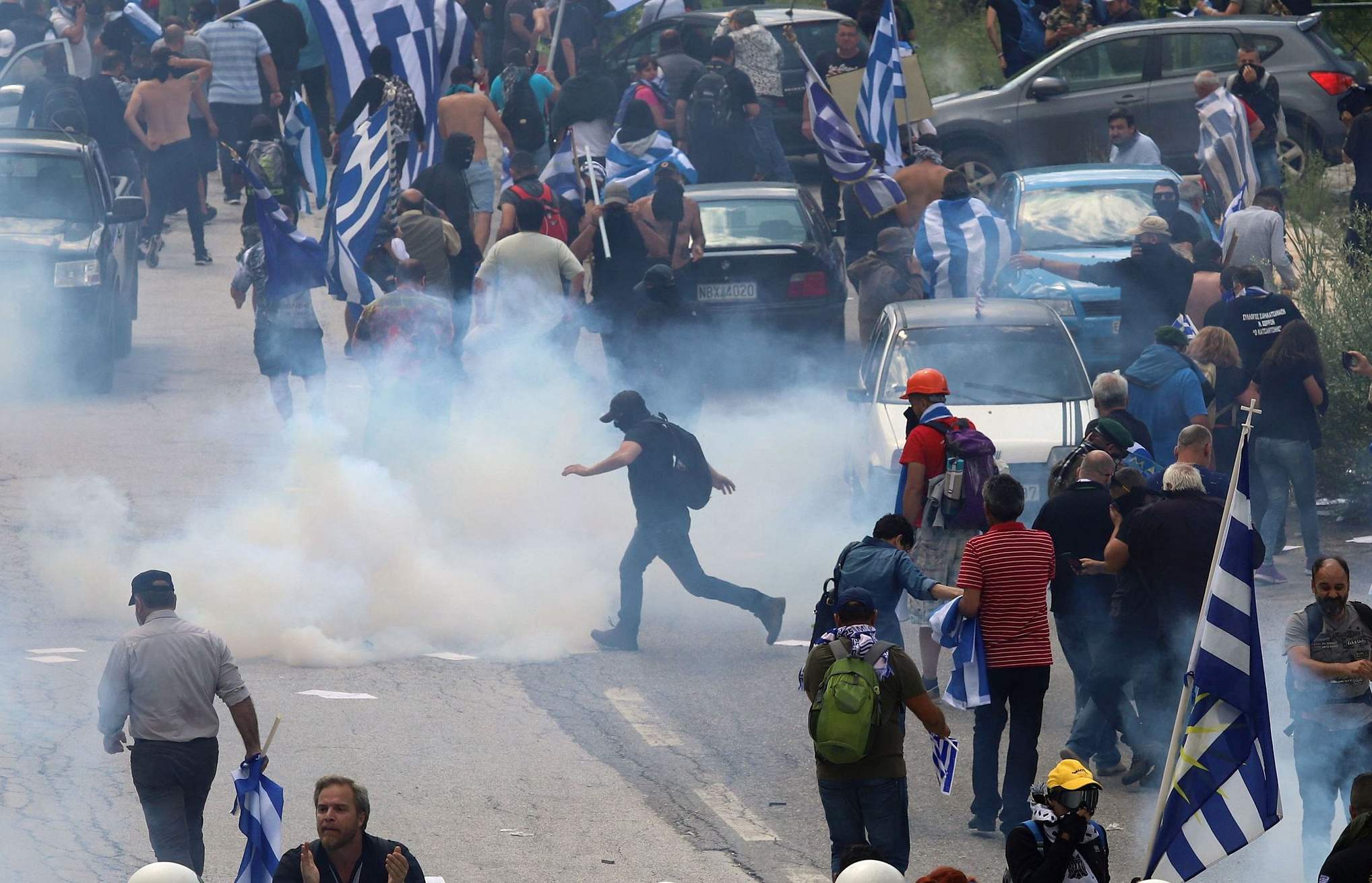 Protesters holding Greek flags take part in a protest at the village of Pisoderi near the border with Macedonia in northern Greece, July 17, 2018, as the foreign ministers of Greece and Macedonia signed a historic preliminary accord on renaming Macedonia. /VCG Photo

Not everyone was happy

Tsipras believed that the deal is one that every Greek prime minister would want; while the opposition figures argue that he has made too many concessions in the deal. 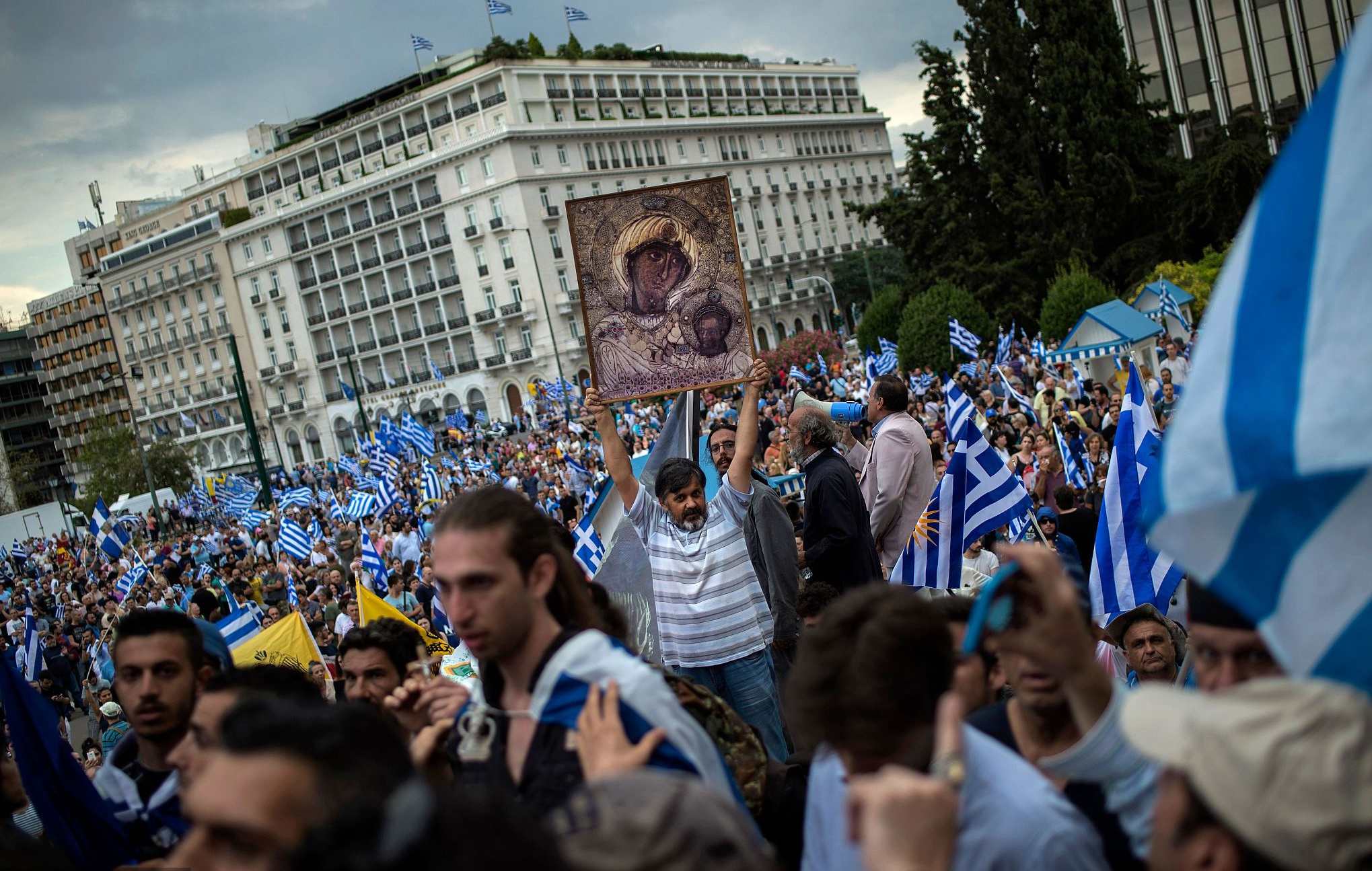 A man holds an icon during a demonstration in Athens, June 16, 2018. /VCG Photo‍

Shouting “traitor, traitor!” and clashing with police, protesters in the country could hardly contain their rage, urging the government not to compromise in a festering name row with neighboring Macedonia.

Things on the Macedonian side are complex, too.

Macedonia’s President Gjorge Ivanov slammed the name deal with Greece as “shameful”as he believes that the European Union and NATO membership should not be an excuse for signing such a bad agreement which has unforeseeable consequences for state and national interests of the Republic of Macedonia. 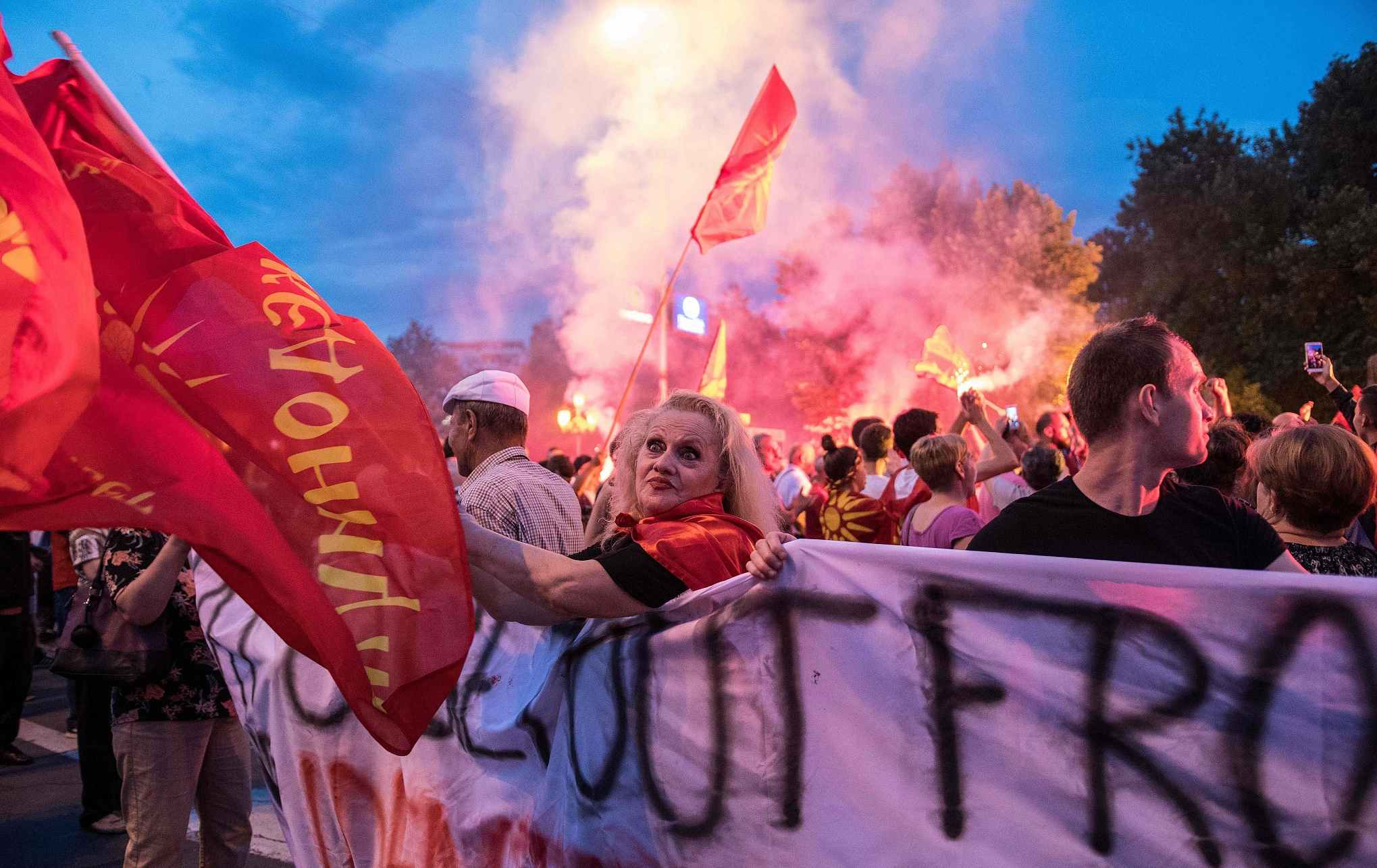 Demonstrators wave flags in front of the parliament building in Skopje, June 13, 2018, during a protest against the new name of the country. / VCG Photo

This deal must next be ratified by both parliaments, as well as survive a referendum in Macedonia.