Millions of Londoners struggled to work on Monday at the start of a week of travel chaos which sees rail networks brought to a standstill by a series of strikes.

Commuters used cars, boats, bicycles and heaving buses to cope with a 24-hour walkout by underground station staff that left the majority of “Tube” stops in central London closed and no services operating from mainline stations such as Victoria, Kings Cross and Waterloo. 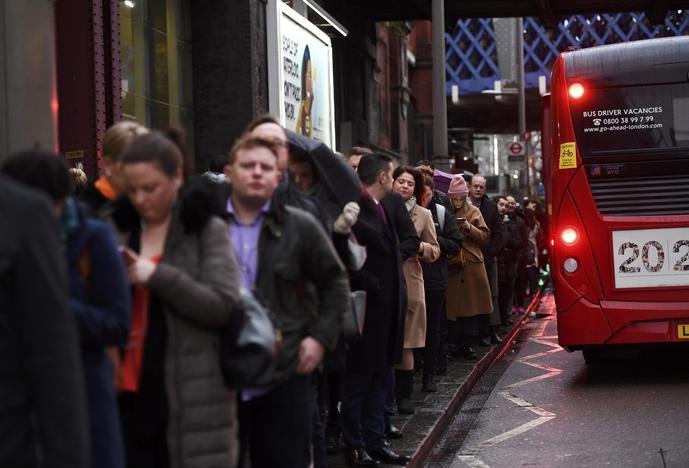 Huge queues began building up outside stations while many major roads in the city were gridlocked.

“I’m giving up on even trying,” said software developer Rajiv Perseedoss, 30, who was trying to get to work in central London from Canary Wharf in the east of the city.

“I’m not a Tube worker, I don’t know about their conditions, but whatever it is, they can’t take it out on everybody.”

Monday’s walkout on the Tube, which carries up to 4.8 million passengers a day, begins a week of industrial action which will hit rail and air passengers, and there are warnings the problems could spread across the country. 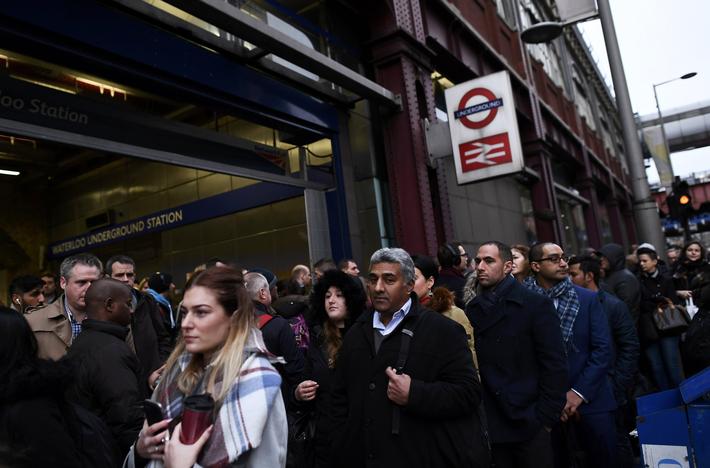 Train drivers on Southern Rail are striking on Tuesday, Wednesday and Friday, bringing all rail services used by hundreds of thousands of passengers from the south coast and Gatwick Airport to London to a halt.

Southern commuters have already suffered months of delays, cancellations and walkouts in Britain’s worse rail disruption in decades, due to a row over whose role it should be to open and close doors on the trains.

The Sunday Times newspaper said the dispute could spread to services in central and northern England as other operators look to bring in driver-only trains.

British Airways staff will also begin a strike for two days over pay on Tuesday, although the impact of the walkout is likely to be limited.

“It’s intolerable that key public services can be brought to a halt by a small number of militant trade unionists in what increasingly looks like a co-ordinated political action,” Nick Herbert, a lawmaker in Prime Minister Theresa May’s Conservative Party, told the Daily Telegraph newspaper.

The London Underground strike by staff in the RMT and TSSA unions comes in a dispute over staffing levels after the closure of ticket offices in recent years.

Transport for London (TfL) said it agreed more staff were needed in stations, and it had already started recruiting 200 extra workers. However, the unions said TfL’s offer did not go far enough.

Many Conservative lawmakers have called for the government to bring in new laws to curb strikes which they say cost millions of pounds and damage London’s image as one of the world’s major economic and financial powerhouses.

“At a time when the government is doing everything it can to show Britain is open for business post Brexit, a resurgence in union activity doesn’t help that message,” lawmaker Tim Loughton told the Telegraph.