Banks with large London operations say they will step up lobbying European officials because they are running out of arguments to convince the British government the industry needs single market access after Britain leaves the European Union.

Banks have focussed on pressuring British officials to push for as much market access as possible since voters decided seven months ago to leave the EU. They held fewer meetings with European officials, according to several senior sources in the financial services industry.

The focus is shifting because after scores of meetings and research reports, banks, which say they may begin moving staff and operations out of London in the next few months if there is no clarity, feel they are running out of new points to make.

Prime Minister Theresa May said on Sunday she was not interested in Britain keeping “bits” of its EU membership, interpreted by some as signalling she will favour immigration controls over access to the single market.

Banks are now planning a new round of lobbying to highlight how a hard Brexit could harm the EU and the UK. They have identified French politicians, EU regulators and government officials, as key groups to win over.

Another senior lobbyist for one of the major global banks said he will spend more time in Brussels this year to target the EU’s chief Brexit negotiator Michel Barnier and his teams as well as Didier Seeuws, a Belgian diplomat, who is helping coordinate the Brexit negotiations.

Another lobbyist said he is planning to visit Paris to meet with French politicians and regulators later this month.

Britain’s position as Europe’s financial centre is emerging as one of the main collision points in the Brexit talks. Some European politicians see an opportunity to challenge British dominance of finance after decades of viewing its free-wheeling “Anglo-Saxon” model of capitalism with suspicion.

EU leaders like French President Francois Hollande have said they plan to weaken Britain’s grip on finance by, for instance, demanding the lucrative business of clearing euros should move to the euro zone.

Finance is Britain’s most important industry, accounting for about a tenth of its economic output and is its biggest source of business tax revenue.

But Britain also acts as “the investment banker for Europe”, Bank of England Governor Mark Carney said in November, with more than half the equity and debt raised for European governments and companies done in the UK.

Banks will argue that Europe depends on the strength and the depth of the financial sector in London to service its economy and companies. If access to the EU is cut off, regional financial stability could be in jeopardy, they will say. 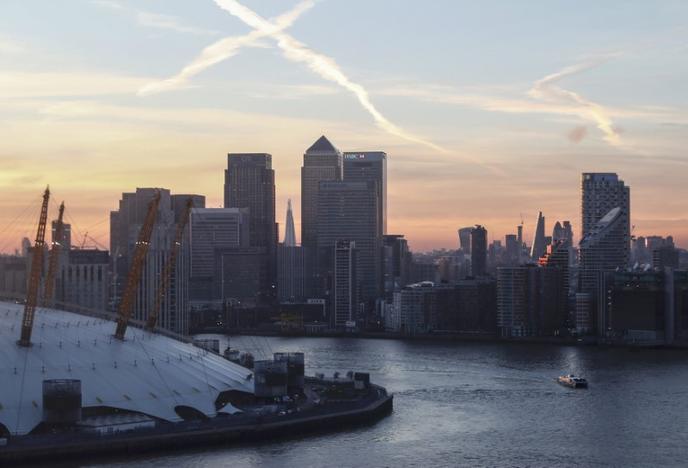 UK-based banks had total outstanding loans of more than 1.1 trillion pounds to European companies and governments at the start of 2016.

The British government has also privately appealed to financial organisations to make their case in Europe if they want a transitional period where their ability to operate in the EU would be phased out gradually over several years.

Finance minister Philip Hammond told a meeting of finance executives at the end of November they should lobby European governments if they want to secure a post-Brexit transitional deal, according to two people who were present.

Hammond made the comments at the annual dinner of the All-Party Parliamentary Group on Wholesale Financial Markets and Services, attended by executives from the major British and international banks, according to the people who attended.

“He basically said we need a transitional deal to avoid a cliff edge effect, but the EU also needs to argue for it,” one person at the dinner said. “He was implying that we need to help the government prepare the ground.”

A Treasury spokesman, when asked for comment, reiterated Hammond’s previous statements to lawmakers that Europe will harm itself if they use Brexit to undermine London’s position as the region’s principal financial centre.

Bankers say more work is needed on forging a consensus between Britain and Europe on what any transitional deal may look like. European officials say they will not discuss such a deal before Britain triggers Article 50 of the EU’s Lisbon Treaty to start the process of leaving the EU.

“Everyone has a different definition of what it means in Europe and within Whitehall. We’re trying to get a common view on what transition means,” one of the lobbyists said.

The British government’s relationship with business has gradually improved after months of friction after the vote.

It hit a low point during the Conservative party conference in October when May attacked a “rootless” international elite and officials privately suggested banks would get no special favours in the Brexit negotiations.

“We feel we’ve been lobbying the UK government to death. We’ve presented every piece of evidence, every report, research, you name it,” one of the lobbyists said.

“We’ve been repeating ourselves for a month or two now… What else do they really need from us now?”

One government official, who asked not to be named, said regular dialogue with the finance sector will continue, but the number of meetings may reduce.

“The door is open if people want to talk to us. There is not an arbitrary point at which speaking to people is no longer helpful,” the person said. “But it has been intense, as we wanted it to be, and that intensity may ease.”

104 arrested in operations against FETÖ’s military network in Turkey