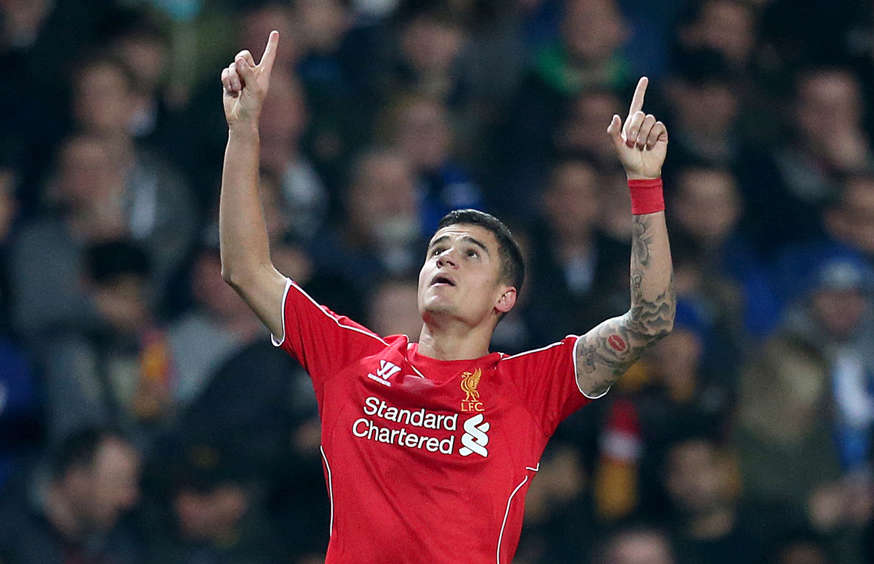 Liverpool set up an FA Cup semi-final clash against Aston Villa after edging Blackburn 1-0 thanks to Philippe Coutinho’s winning goal at Ewood Park.

The Merseysiders grabbed the winner 20 minutes from time in the quarter-final replay thanks to a fine individual goal by the Brazil international.

Two days ago, in the wake of the crushing 4-1 defeat to Arsenal which put a huge dent in the Reds’ Champions League hopes, Coutinho had claimed: “Winning the cup would save our season.”

Jordan Henderson split the Championship side’s defence for Coutinho, who set himself before rifling his right-footer into the far corner.

Liverpool were very nearly denied victory at the death by Rovers goalkeeper Simon Eastwood, but were thankful to Simon Mignolet for making a vital stop.

© Provided by Sky Sports Playmaker Coutinho’s effort helped the seven-time winners reach their 24th FA Cup semi-final and set up a Wembley meeting with Villa on Sunday 19 April with only Arsenal (27), Manchester United (27) and Everton (25) having appeared in more.

The game was far from pretty but with Wembley tantalisingly close it was about getting the job done and Coutinho rose above all others to add the piece of class which did just that.

Blackburn’s chances had been talked down due to the injury crisis which had effectively reduced them to 11 fit men, with 16-goal striker Rudy Gestede, nursing a hamstring injury, on the bench for emergencies.

But having already dispatched Premier League opposition in Swansea and Stoke, they were in no mood to roll over.

They attacked the game as they had against previous top-flight sides, looking to utilise pace on the flanks against a reconstituted Liverpool back four after suspension denied them the services of Martin Skrtel and Emre Can.

Mamadou Sakho, whose involvement lasted just 28 minutes before succumbing to a hamstring injury, dithered long enough to allow Craig Conway to nip behind him, forcing the France defender to concede a corner with a hurried recovery tackle.

Rovers top scorer Jordan Rhodes missed his first chance of the night when he flashed over a header after getting between Sakho and Dejan Lovren far too easily.

Liverpool only started to get a grip on the game late in the first half with Daniel Sturridge’s 19th-minute left-footed shot onto the roof of the net an isolated threat.

Coutinho then forced Simon Eastwood to turn his shot behind and over-lapping full-back Glen Johnson gave the Rovers keeper an easy chance to collect with the final action before the interval.

With Liverpool’s momentum broken Blackburn came on strong again and Tom Cairney’s long-range shot a minute after the break had Simon Mignolet at full-stretch.

The Belgium international produced an even better save to tip Marshall’s header from the resulting corner onto a post.

Gestede arrived just past the hour and brought new life out of strike partner Rhodes, whose shot was blocked by Kolo Toure.

© Provided by Sky Sports Coutinho pulled a last-minute stunner out of the bag to beat Bolton at the second attempt in the fourth round, and scored an arguably far more important one at Ewood Park with 20 minutes to go.

Coutinho’s corner failed to clear the first man but the ball came back to the tricky Brazilian, who played a quick one-two with Henderson before drilling an angled low shot through a crowded six-yard box and inside the far post.

Sturridge briefly came alive, clipping a shot wide, before being replaced by Rickie Lambert who, in his first appearance since March 4, should have scored with his first touch but headed Henderson’s free-kick wide.

Having conceded as many goals (six) in their previous 180 minutes as they had in 12 matches prior to that, an 11th clean sheet in 20 fixtures secured Liverpool’s passage.

However, they were indebted to Mignolet once again who, at the second attempt, held on to counterpart Eastwood’s shot after he had charged upfield for a stoppage-time throw-in.

A top-four place may ultimately prove to be beyond Liverpool – trailing Manchester City by seven points with seven games to go – but a first piece of silverware for Brendan Rodgers would provide some consolation.

Man of the match: Philippe Coutinho.

Third of students say mental health has ‘worsened since start of...