Li Keqiang was endorsed as Chinese premier on Sunday morning at the ongoing first session of the 13th National People’s Congress (NPC), the country’s top legislature.

Nearly 3,000 NPC deputies voted to approve the nomination of Li by President Xi Jinping as the premier at the ongoing session.

Born in July 1955, Li has been a member of the Standing Committee of the Political Bureau of the Communist Party of China (CPC) Central Committee since 2007, and the premier of the State Council since 2013.

Li is from Dingyuan County in east China’s Anhui Province. He began his first job in March 1974 and joined the CPC in May 1976. From 1978 to 1982, he studied in Beijing at Peking University’s Law Department and earned a Bachelor of Laws degree. Later, he completed an in-service graduate program in economics at the university’s School of Economics and was awarded a Doctoral Degree in Economics. 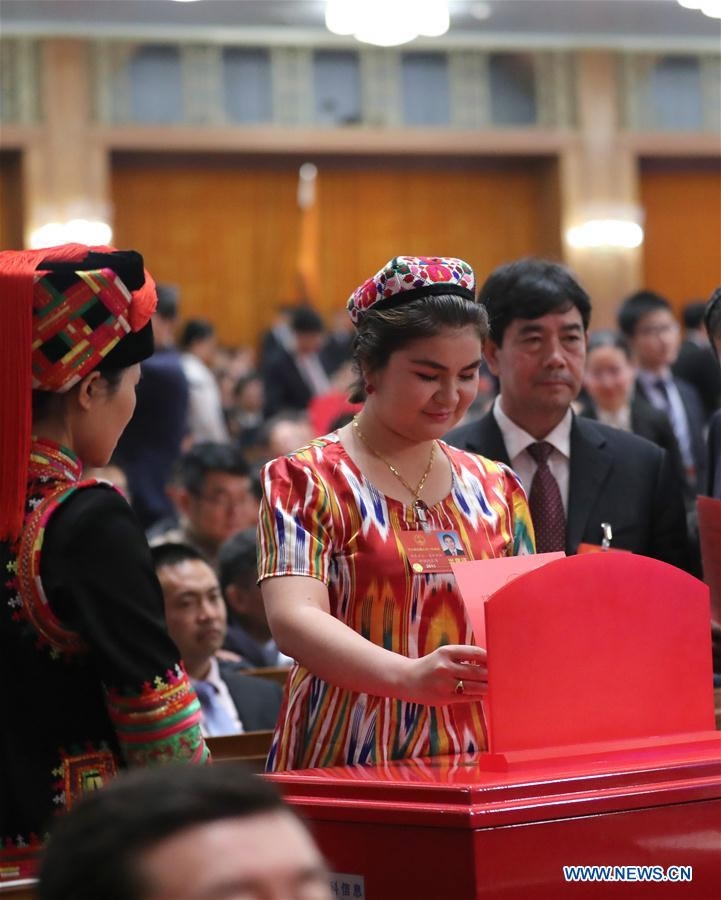 A deputy to the 13th NPC casts her vote and ballot papers at the sixth plenary meeting of the first session of the 13th NPC at the Great Hall of the People in Beijing, March 18, 2018. /Xinhua Photo

At the age of 43, Li became the acting governor of central China’s Henan Province in 1998. He was elected governor of the province the following year and served as secretary of the CPC Henan Provincial Committee from 2002 to 2004.

From 2004 to 2007, Li served as Party chief of the northeastern province of Liaoning.

Li was re-elected twice as member of the Standing Committee of the CPC Central Committee Political Bureau in 2012 and 2017.