Germany’s foreign minister on Monday said Berlin has banned 18 Saudi nationals from entering Europe’s border-free Schengen zone because they are believed to be connected to the killing of journalist Jamal Khashoggi.

Germany issued the ban for the 26-nation zone in close coordination with France, which is part of the Schengen area, and Britain, which is not, Heiko Maas told reporters in Brussels.

“There are still more questions for us than answers in the clarification of this case (Khashoggi), both in the act as such, and in the question who the backers of such an act are,” Mass said.

Khashoggi, a Saudi journalist contributing toWashington Post, was killed shortly after he entered the Saudi Consulate in Istanbul October 2.

Saudi Arabia offered shifting explanations for Khashoggi’s disappearance before suggesting he was killed during a botched rendition operation by “rogue agents.”

Last week, a Saudi public prosecutor sought death sentence for five Saudi officials charged in the murder. But, Turkey says it is not satisfied with the prosecutor’s findings. 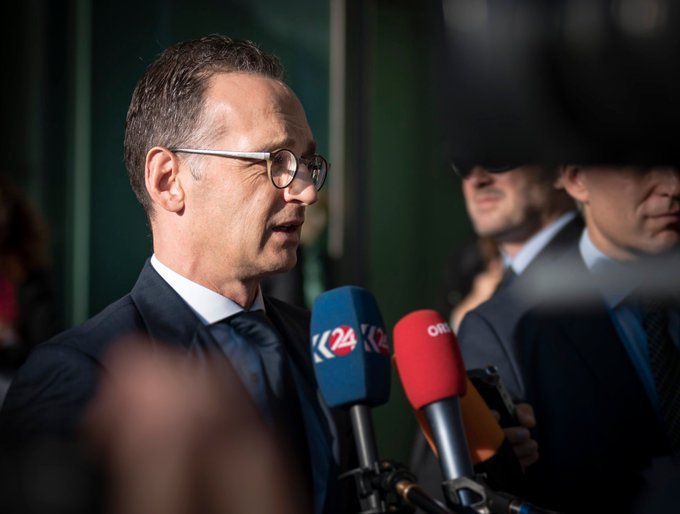 100 people are talking about this

“That is why, over the last few days, we have worked closely with our French and British friends to decide that Germany should impose an entry ban on 18 Saudi nationals suspected of being linked to this crime, at the Schengen Information Centre,” Maas said.

“Overall, we are in close coordination in the European Union. At the weekend, we said that we were expecting further clarification. We will follow this closely and reserve the right to take further steps,” the German foreign minister added.

His office in Berlin said they can’t release the names of those sanctioned due to German privacy protections.

Palestinians to protest for right to return at Gaza border with...