Kazakhstan Open for World Tourism – its beauty to be explored

“The hospitality and beauty of central Asia specially Kazakhstan has no words to describe but to shown as some things can only be seen and felt said Dr Shahid Qureshi at the International Tourism Conference in Astana aka Nur-Sultan.

People who have already seen the world, visited all the famous tourist sites and objects, are always in search of something new. Interest in tourists is caused not only by gorgeous landscapes, pleasing the eye, but also the opportunity to plunge into the culture of another people, try the exquisite cuisine, learn its history.

Such a discovery for the tourist can be a region of Central Asia. In particular, Kazakhstan is the ninth largest country in the world, having a unique location between the two economic powers – Russia and China. The most interesting thing is that less than 20 million people live in such a vast territory, and the people of Kazakhstan themselves call it “the country of the Great Steppe”.

Indeed, the streets of the major cities of this state will seem to many Europeans to be very wide and somewhere even empty. However, the main thing that is especially worth paying attention to is the multi-faceted nature of Kazakhstan. As a rule, when going on a trip, we are accustomed to observing only mountains or beaches with hotels on the shore, only wild jungles or deserts, but not all of them together. Here, in one country, you can see steppes that stretch for many miles, and high mountains, and beautiful lakes, relax in a ski resort, and take a walk in the forests. 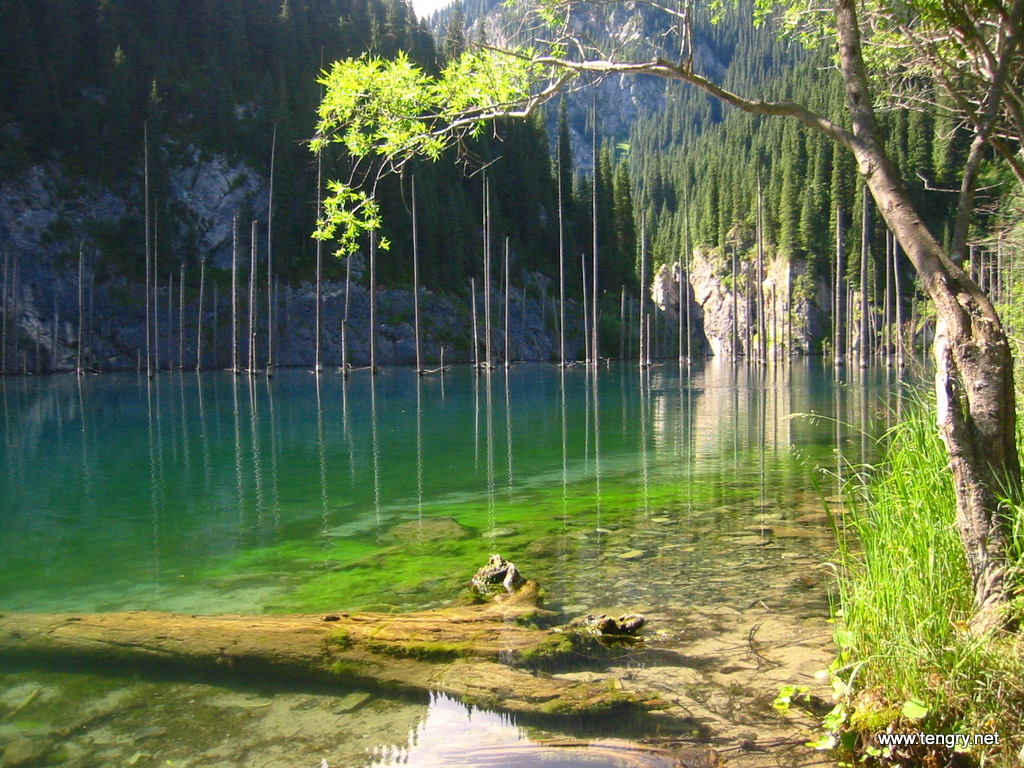 Lovers of the “stone jungle”, by the way, Kazakhstan will also surprise. The architecture of the beautiful capital Nur-Sultan (formerly called Astana) amazes even the most avid tourist: tall glass buildings of various shapes coexist with brightly painted apartment buildings, and nearby are parks and squares with monuments and monuments.

Given this versatility, almost every region of this country has a good opportunity to unlock the tourist potential. For example, the same capital has long been known to the world as a city where important issues are being resolved: the Congress of Leaders of World Religions, the OSCE Summit, and negotiations on the peaceful settlement of the Syrian conflict took place here in different years. The city also hosted the international specialized exhibition EXPO-2017.

Not in vain Nur-Sultan is called not only the political, administrative, business and cultural center of the state, but also the “heart of Eurasia”. Proceeding from this, the capital of Kazakhstan will definitely appeal to lovers of business tourism.

On most sites like TripAdvisor or Lonely planet, which tells about popular holiday destinations in the world, you can find articles about the southern capital of Almaty. This beautiful city and its environs are known for their picturesque landscapes, incl. modern ski resort Shymbulak. The city itself has a very rich and interesting history, about which the names of streets, monuments and wooden buildings of the last century seem to be trying to tell. Here, by the way, a very measured and calm life – this is evident in the townspeople, who are not in a hurry and live in their own pleasure.

In the middle of Almaty, the largest Botanical Garden in the republic is located on a vast territory, where almost all known plant species are represented: pine, linden and maple alleys, a Japanese garden, taiga and even the tropics are planted there.

In its depths there is a flower greenhouse. Birds nest on tree tops, squirrels jump from branch to branch.

The city is surrounded by mountains, so it seems as if nature is watching it from all sides. You can climb the Kok-Tobe mountain, equipped with a leisure park and special viewing platforms, from where you can see a magnificent panorama of the city – almost every building can be seen directly from the square.

Literally an hour drive – Medeu stow, famous for its high-mountain skating rink, fresh air and natural landscapes. Even higher is the Shymbulak ski resort, located in the picturesque gorge of Trans-Ili Alatau.

Not a single tourist route in Almaty is complete without a visit to the Charyn Canyon – a truly amazing place. Many tourists who have been here have noted that they can truly breath taking when they see these magnificent rocks stretching along the Charyn River. On the territory of the canyon, by the way, there are a lot of animals, and there are also unique plants that have survived from the times of the Ice Age.

Another natural landmark near Almaty is the Kolsay Lakes – an unprecedented beauty system of three lakes in the Northern Tien Shan. Azure water framed by the most beautiful mountain slopes and forests attracts more and more nature lovers every year. They are great for family picnics, camping and horse riding. It seems that it is in such places that the connection with nature is established.

In the north of Kazakhstan there are resort areas too. One of them is Burabay, also rich in mountains and forests. By the way, it is here that residents of the capital like to relax on the weekends. Spreading coniferous forests attract lovers of active recreation, those wishing to relax “effortlessly” can sit for a whole day on the beaches of Burabai, Shchuchye, Bolshoy and Malaya Chebachye lakes.

The largest southern cities of Kazakhstan – Shymkent and Taraz are also steeped in history, they are not for nothing called the green oases of the republic, which welcome guests with many colours and flavours, where it is always warm and light.

When visiting Kazakhstan, it is nevertheless impossible not to give preference to ethnic tourism, because this is a country with a rich historical and cultural heritage. Recently, a project was developed to revive the Great Silk Road – a grand trade route that used to connect East and West, where many historical monuments are located. One of such historical monuments is the city of Turkestan, which has preserved the ancient town-planning structure with historical caravan roads along which the main roads of the modern city now pass.

In the west of the country there is also something to admire besides the Caspian Sea. Here are the underground mosques Beket-Ata, Shopan-Ata and Karaman-Ata, the mausoleum of Omar and Tura, the necropolis of the Mangyshlak peninsula, the complex of monuments “Bokeevskaya Orda”, the ancient settlement “Saraishyk”.

The country also has a program “Sacred Kazakhstan”, designed to show and tell about the symbols of the historical and cultural heritage and the national unity of the state. Among these sacred places is Mount Aulietau, where the ancient tombs of the prophet Zarathustra, Zhoshy Khan, Alash Khan, Tokhtamysh Khan, Biya Edige and other prominent ancestors of the people are located.

Not one visitor and mausoleums – Khoja Ahmet Yasoui, Aisha Bibi, Babaji Khatun, Alasha-khan, Zhuban-ana, as well as the memorial-historical museums – “Karlag” and “ALZHIR” will not leave indifferent to the history.

Not for nothing in recent years, cultural and educational tourism has become more popular in the world than beach and sports. It is much more interesting to recognize people living with you on the same planet, their history, life, culture and traditions. And in this regard, it is certainly worth discovering Kazakhstan.

Will a river pool turn Berlin’s Mitte into a trashy beach...