Legendary Japanese rock band X Japan dazzled fans at London’s SSE Arena on Saturday with a live show, hot on the heels of the UK premiere of “We Are X”, an award-winning documentary about the band.

X Japan, the most successful rock band in Japanese history, stunned the fans with their pioneering spectacle-driven style of visual rock.

“I feel some kind of electrical current up and down my spine. I cry almost every time I listen to their music,” Spanish fan Lazaro told Reuters outside the SSE Arena.

The band, which reunited in 2007 after a 10-year split, has sold over 30 million singles and albums combined and won admirers such as Sir George Martin, KISS, Stan Lee, and even former Japanese prime minister Junichiro Koizumi.

The documentary “We are X” premiered in Los Angeles last October. It was officially selected for the Sundance Film Festival, SXSW and the BFI London Film Festival, winning a number of awards. 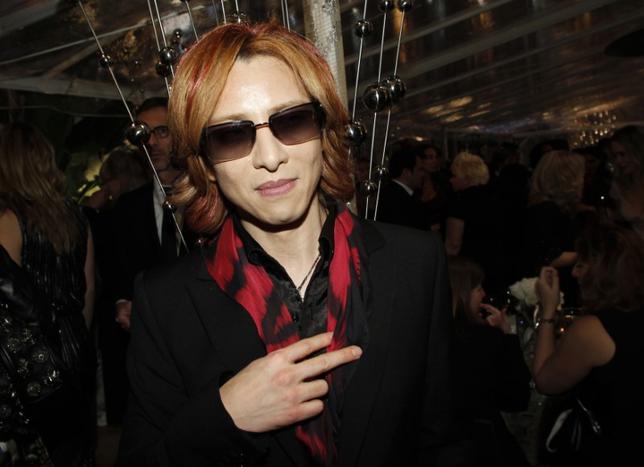 The film, which premiered in London last month, gives an up-close and personal history of the band and portrait of the group’s founder and drummer-pianist Yoshiki.

“I was very suicidal and may be still, I try to almost kill myself on stage. When you think there’s no tomorrow, so it is the last day you can live, you just put all the energy into it,” Yoshiki told Reuters.

The creative force behind the group, Yoshiki said he is currently working on new songs with American shock rocker Marilyn Manson as X Japan gears up to release its first album in around 20 years.

The film “We are X” will be released for home entertainment in June. It was directed by filmmaker Stephen Kijak of Stones in Exile fame, and produced by the Oscar-winning team behind the documentary “Searching for Sugar Man”.

(This version of the story was officially corrects the date the documentary will be released for home entertainment from May 1 to June, in last paragraph, after clarification from the organisers)

A piece of advice to Biden’s team on Turkey – US...