But instead of immediately endorsing their choice, President Sergio Mattarella played for time, seeking further consultations over the appointment of a political novice to head a mooted administration that has alarmed markets and EU.

The leaders of Five Star and the League, who have drawn up a coalition pact aimed at ending months of deadlock after inconclusive elections on March 4, put forward Conte’s name at separate meetings with Mattarella. 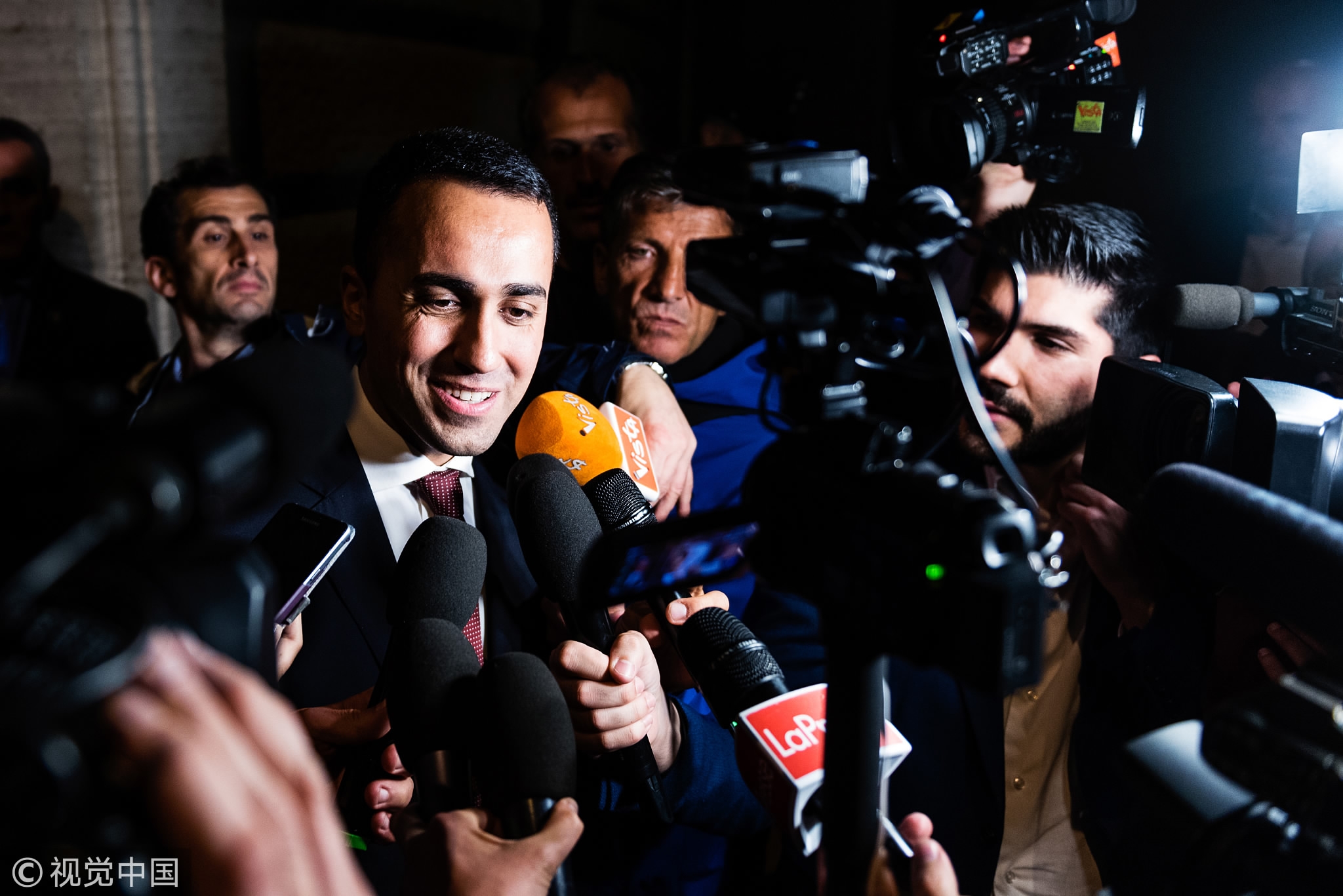 Five Star Movement leader Luigi Di Maio talks with the press after leaving the Chamber of Deputies in Rome, Italy, May 21, 2018. /VCG Photo

The joint program calls for billions of euros in tax cuts, additional spending on welfare for the poor, a roll-back of pension reforms and a revision of key EU rules, including those regulating immigration and monetary union.

Financial markets have been spooked by the proposals; Italy’s borrowing costs surged again on Monday, while its stock market touched six-week lows on fears of instability in the eurozone’s third largest economy. 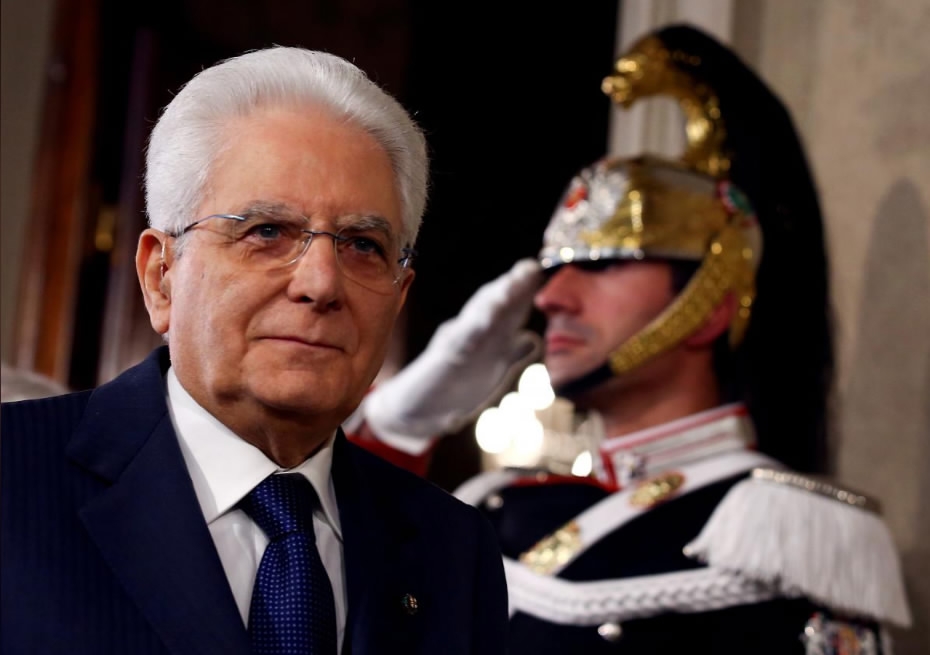 Italian President Sergio Mattarella leaves after speaking to the media during the second day of consultations at the Quirinal Palace in Rome, Italy, April 5, 2018. /Reuters Photo

“Let us get to work first and then criticize us. You have every right to do so, but let us start first,” Di Maio told reporters after seeing Mattarella.

The president could have ended the deadlock by immediately calling in Conte and offering him a mandate. Instead, his office said he would hold a fresh round of talks with the heads of the upper and lower houses of parliament on Tuesday.

A source in his office said he needed time for reflection, adding that the president had stressed to the League and Five Star the important role a prime minister plays leading a government.

Conte, who teaches at Florence University, has no political experience but is close to Five Star, and was one of the people put forward by the party as a possible minister before the election, when he vowed to simplify Italy’s labyrinthine bureaucracy.

That was the first time Conte, 54, had appeared in the public spotlight, though he is on the board of numerous academic and judicial bodies and had participated in conferences on justice matters organized by Five Star.

He played no obvious role in drawing up the coalition pact.

Both the League and Five Star have vociferously denounced previous suggestions that the next prime minister might be a technocrat, saying that the premier needed to be a politician who had won legitimacy from the ballot-box. 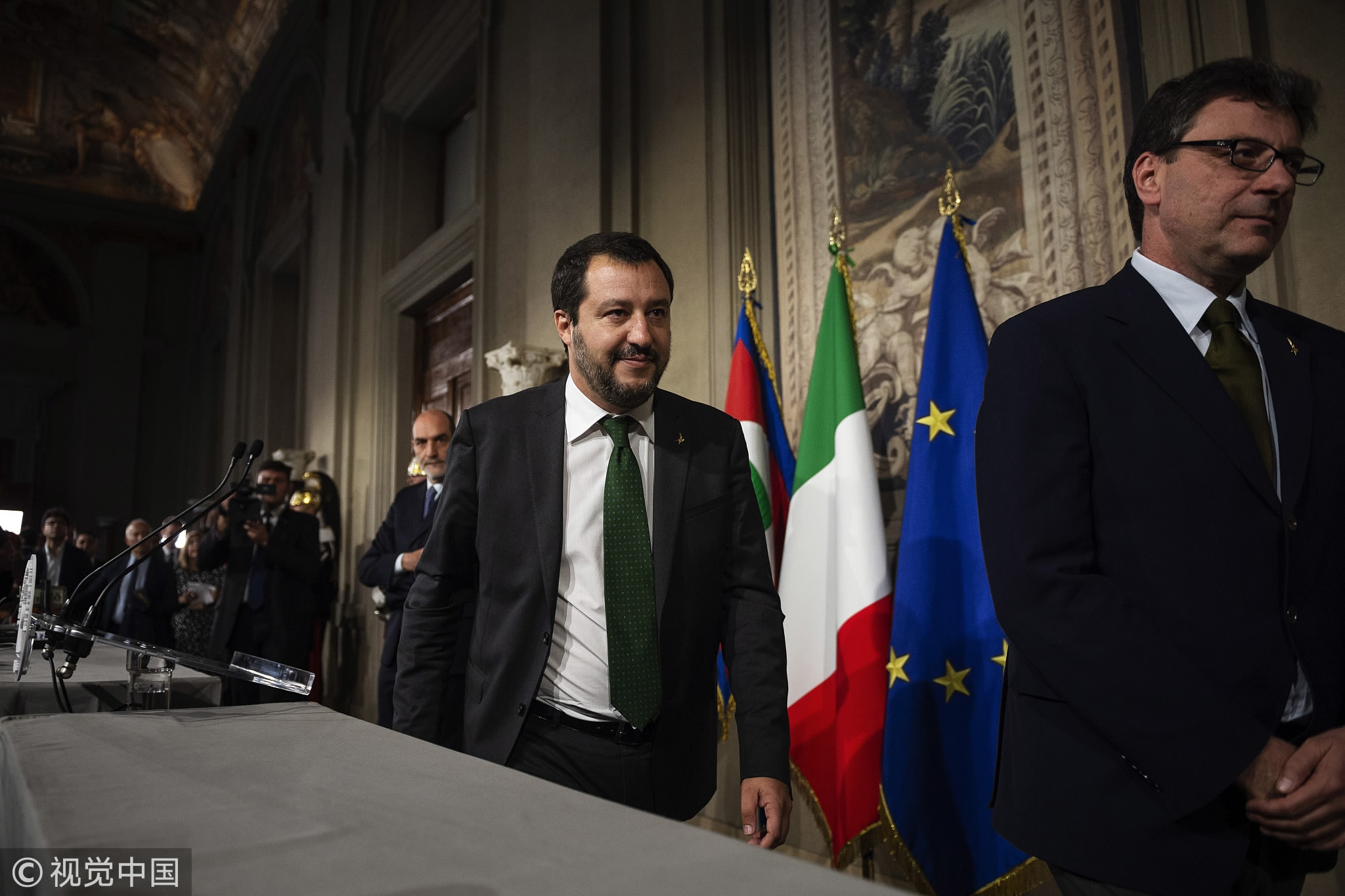 Matteo Salvini, leader of League political party, leaves the Quirinal palace after a day of meetings with Italian President Sergio Mattarella on that formation of a new government in Rome, Italy, May 21, 2018. /VCG Photo

However, Di Maio and League leader Matteo Salvini each refused to let the other become prime minister, not wanting to appear the junior partner in any deal. After failing to find a political alternative, they settled for a compromise solution.

If Mattarella decides to give his blessing to Conte, the parties could put a cabinet together rapidly and hold confidence votes in parliament later this week.

One of the first tasks ministers would face would be to try to calm investor concerns that they might explode Italy’s already huge debt pile — worth more than 130 percent of annual economic output — and contravene European Union budget rules. 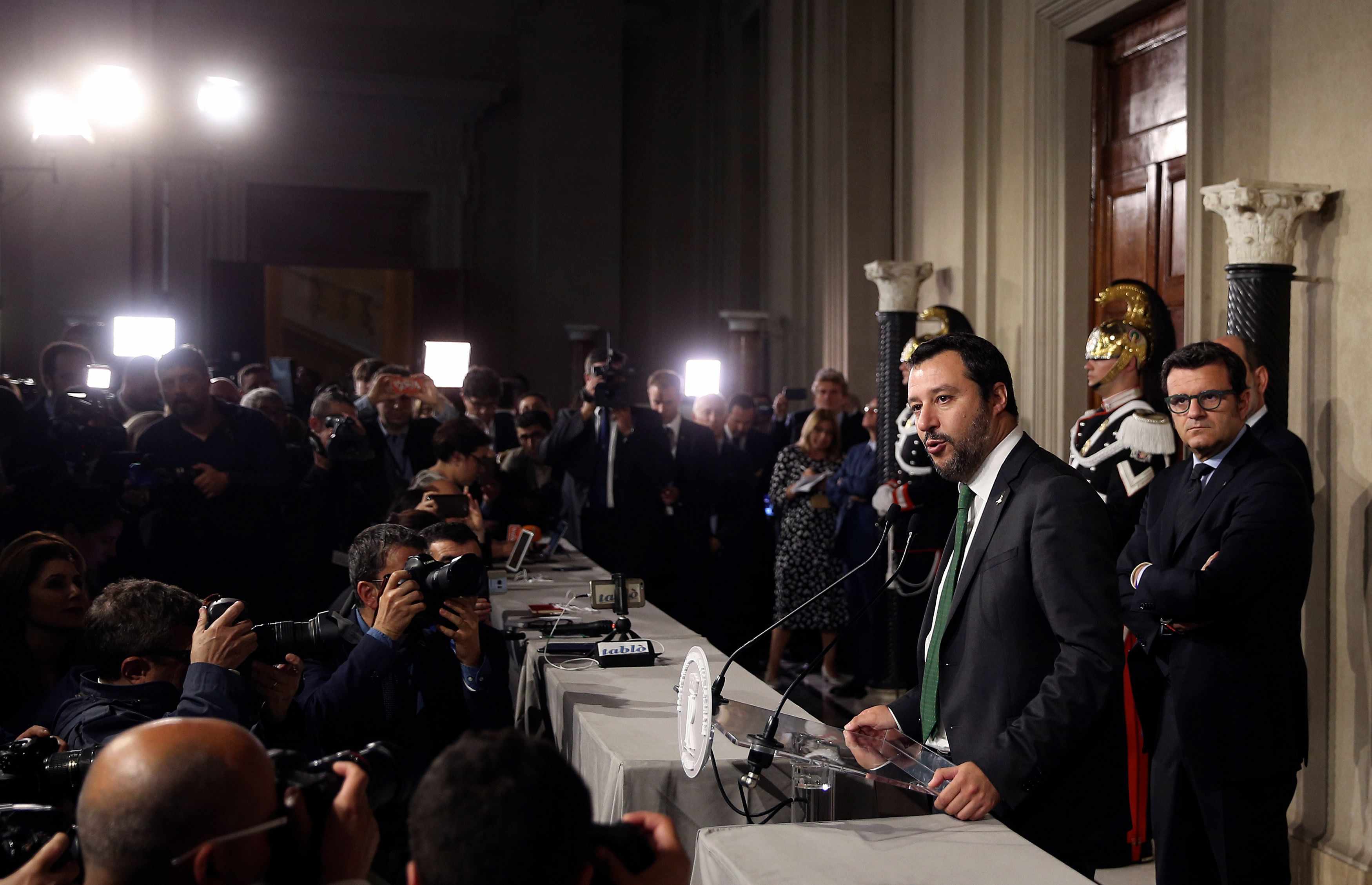 League party leader Matteo Salvini speaks to the media after a consultation with the Italian President Sergio Mattarella at the Quirinal Palace in Rome, Italy, May 21, 2018. /Reuters Photo

Fitch said on Monday that having a Five Star/League government would increase Italy’s fiscal risks, after DBRS issued a similar warning last week.

While markets fret, ordinary Italians appear to want the tie-up. Some 60 percent are in favour of a Five Star/League coalition government, a Demos & Pi poll published on Sunday indicated, while more than 80 percent of Five Star and League voters back it, the poll said.