The Israeli army launched a large-scale attack against the Syrian air-defense system and Iranian targets in Syria in response to an Israeli F-16 fighter being shot down by missiles from Syria on Saturday morning.

Twelve targets, including three air-defense batteries and four Iranian targets that are part of Iran’s military establishment in Syria were attacked, said a statement issued by the Israeli Defense Forces (IDF).

During the attack, anti-aircraft missiles were fired towards Israel, triggering alarms that were heard in northern Israel, said the Israeli army.

The IDF said in a statement that it will “act determinately against such severe violations of Israeli sovereignty by Iran and Syria and will continue to act as necessary.”

The IDF also added that it is “ready for various scenarios and will continue to act according to situation assessments.”

Israel aircraft attacked a number of Iranian targets in Syria in response to an Iranian Unmanned Aerial Vehicle (UAV) that was launched at Israeli territory and was intercepted by the Israeli army earlier Saturday. 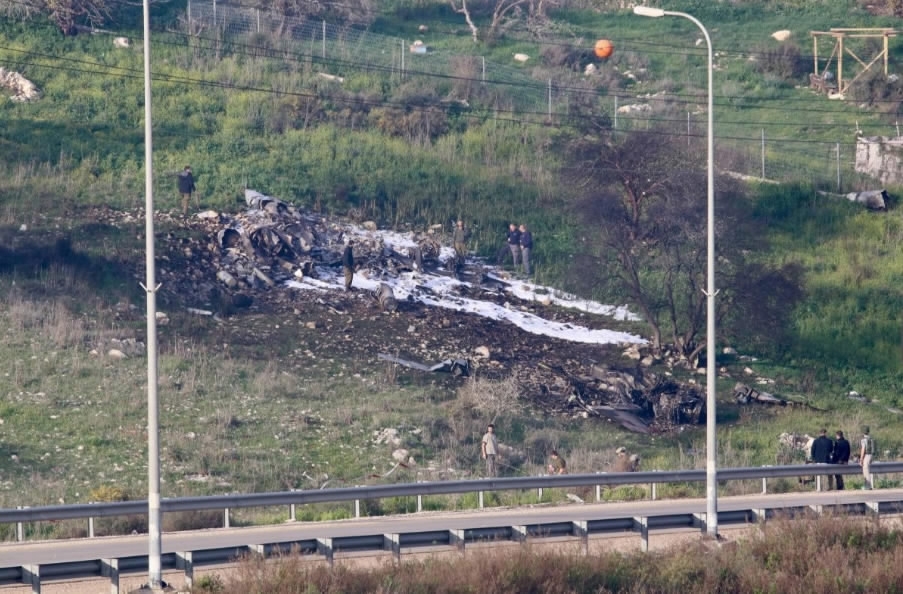 The remains of an F-16 Israeli war plane can be seen near the Israeli village of Harduf, Israel, Feb. 10, 2018. /Reuters Photo

The IDF said that during the attack one Israeli F-16 fighter jet was hit and crashed. The two pilots were forced to abandon the fighter jet by parachute after the aircraft was hit. One pilot was in serious condition while the other was lightly wounded.

Earlier, the IDF said that a combat helicopter successfully intercepted an Iranian UAV that was launched from Syria and infiltrated Israel. In response, the IDF targeted Iranian targets in Syria.

Israel’s military said Saturday Iran and Syria were “playing with fire” but that it was not seeking an escalation after a confrontation resulted in large-scale Israeli air strikes inside Syria. 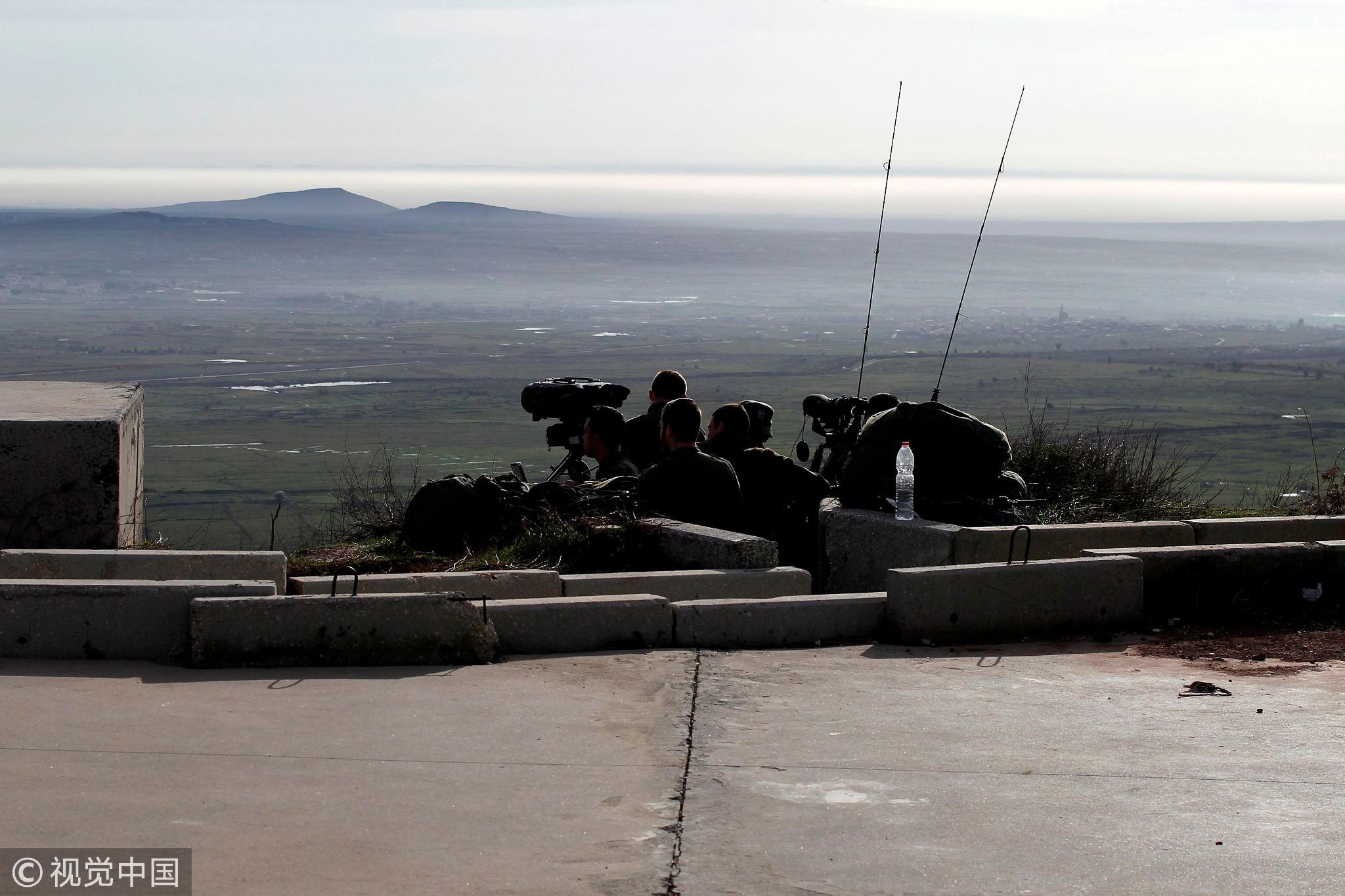 Israeli solders taking positions in the Israeli-occupied Golan Heights near the border with Syria on Feb. 10, 2018. /VCG Photo‍

Israeli military spokesman Jonathan Conricus made the comments after Saturday’s confrontation, the most serious between arch foes Israel and Iran since the start of the Syrian civil war in 2011.

“This is the most blatant and severe Iranian violation of Israeli sovereignty in the last years,” Conricus said, referring to what he described as an Iranian drone entering Israeli airspace from Syria. “That’s why our response is as severe as it is.”