Iran has awarded a much-awaited agreement to India over the management of part of its strategic Chabahar port – a move that could enable India to dodge Pakistan and reach markets in Afghanistan, Central Asia and beyond.

The agreement which was signed during a visit to New Delhi by Iran’s President Hassan Rouhani would lease the operational control of Shahid Beheshti port – phase one of Chabahar port – to India for 18 months.

Indian Prime Minister Narendra Modi who oversaw the signing of the agreement together with Rouhani later told reporters in a joint press conference that the expansion of connectivity was important for New Delhi.

Modi also emphasized that his country was interested in the construction of a rail link between Chabahar and Iran’s southeastern city of Zahedan – a crucial link that India would need to expand its reach northward.

“We will support the construction of the Chabahar-Zahedan rail link so that Chabahar gateway’s potential could be fully utilized,” he said.

“We want to expand connectivity, cooperation in the energy sector and the centuries-old bilateral relationship.”

Rouhani for his part emphasized that Chabahar could reinforce Iran and India’s historical ties by serving as a bridge connecting the subcontinent to Afghanistan, Central Asia, and Eastern Europe.

“We are ready to sign bilateral and trilateral agreements to turn the transit route passing through Chabahar into a strategic pathway serving the reinforcement of regional ties,” he said.

On a related front, Iran’s Minister of Road and Urban Development Abbas Akhoundi said Iran and India would jointly operate Shahid Beheshti port, adding that New Delhi would invest as much as $87 million in the project.

Akhoundi emphasized that this would be part of a total investment of $2 billion that India would make in Iran’s port and rail projects.

Iran and India also signed several other agreements during Rouhani’s meeting with Modi. They included a double taxation avoidance agreement, an extradition pact, a basic agreement to cooperate over traditional systems of medicine and a deal to cooperate in the field of agriculture and associated sectors.

PressTV-Iran, India ready to expand ties in all areas

President Hassan Rouhani of Iran and Prime Minister Narendra Modi of India have expressed readiness to expand relations between their countries in all areas.

Modi later in a message on Twitter said he had “fruitful talks” with Rouhani, adding that they had “detailed discussions on ways to further deepen cooperation” between the two countries. He described the agreements signed with Iran as important, stressing that they would benefit both nations. 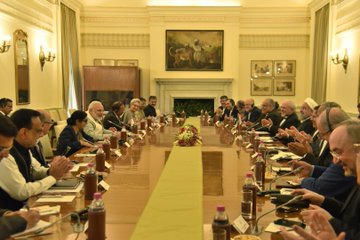 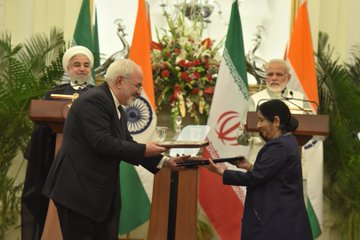 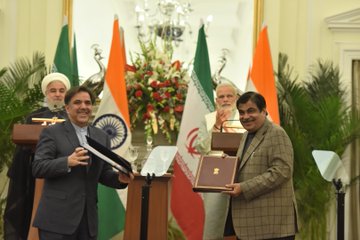 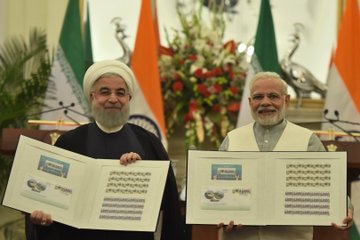 Important agreements were signed between India and Iran, which will benefit our nations. President @HassanRouhani and I released a stamp marking the warm history and promising future of India-Iran ties. http://nm-4.com/e815 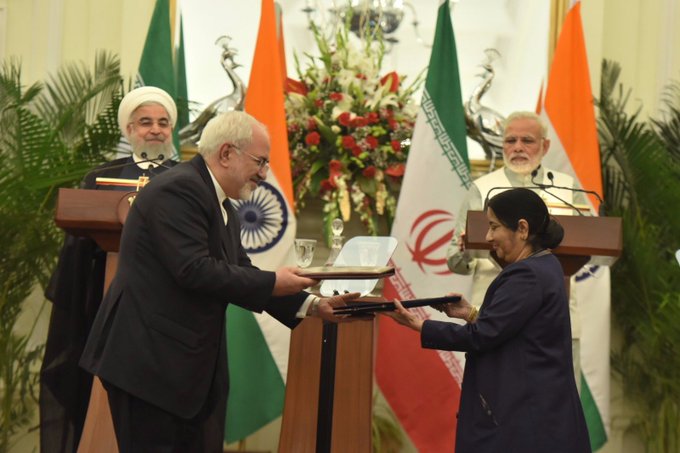 President @HassanRouhani State visit to India resulted in many agreements on trade and cooperation, but more importantly, firmly cemented centuries-old friendship between our two nations.

To the same effect, Iran’s Foreign Minister Mohammad Javad Zarif – who was accompanying Rouhani during the visit – said in a message on Twitter that the agreements “firmly cemented centuries-old friendship between the two nations”.

The project to develop Shahid Beheshti Port started in 2007 through an investment that officials previously said already amounted to $1 billion.

The annual cargo tonnage of Shahid Beheshti Port – Iran’s only oceanic port – has now almost tripled to reach as high as 8.5 million tonnes.

The overall development project is planned in four phases and is expected to bring the port’s total annual cargo capacity to 82 million tonnes.

Tehran plans to use Chabahar for transhipment to Afghanistan and Central Asia.

President Hassan Rouhani of Iran is on a visit to India this week repaying a trip by Prime Minister Narendra Modi to Tehran in 2016.

Chabahar provides India with an easier land-sea route to Afghanistan. Last November, India sent its first cargo of wheat to Afghanistan through Chabahar in what appeared to be a run dry of a multi-modal connectivity route. The cargo was shipped from India’s western port of Kandla, was unloaded at Chabahar and eventually taken to Afghanistan’s Nimroz province by trucks.

A rail link between Chabahar and Zahedan and thereon to Afghanistan is a crucial part of India’s ambitious extra-regional connectivity ambitions over which Tehran, New Delhi and Kabul have signed a basic agreement.