France’s public sector staff will stage a strike together with rail workers on Tuesday, to protest reforms proposed by President Emmanuel Macron, showing unity by having all unions representing civil servants backing it.

This would represent a rare solidarity which hasn’t been seen for about 10 years in France.

“Thanks to the civil service, all of the unions in this country will be together,” said labor leader Bernadette Groison from the FSU union. “That shows how high the stakes are.”

The stoppages are part of a series of demonstrations by public sector employees against Macron, who has pledged to reduce public spending, trim jobs and overhaul large parts of the vast French state. 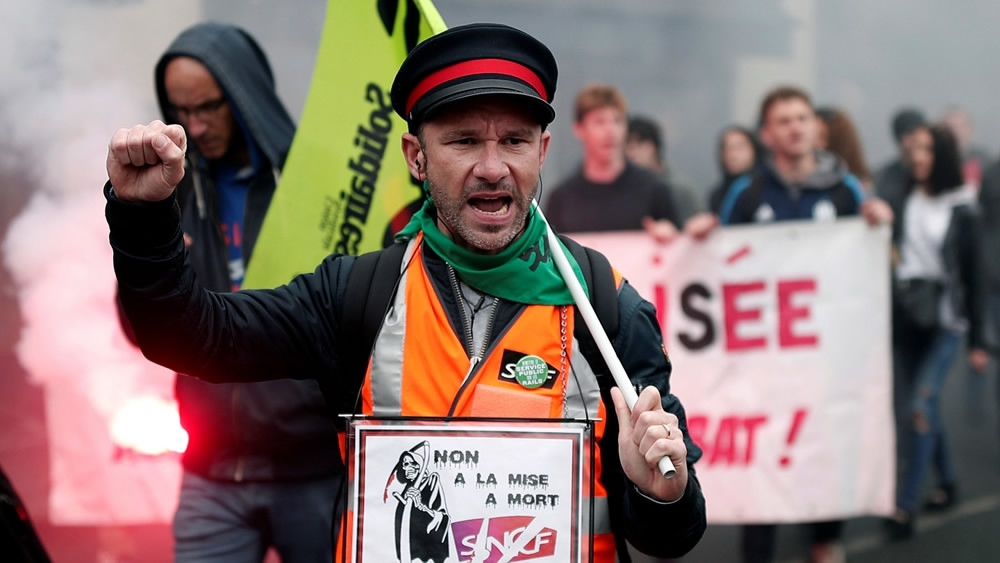 An employee of French state-owned railway company SNCF and labor union member demonstrates as part of a nationwide strike in Paris, France, May 14, 2018. /VCG Photo

Their walk-out, which will affect schools, public kindergartens, flights and some energy infrastructure, is the third stoppage since Macron took office in May 2017.

Around 130-140 demonstrations have been organized by civil servants on Tuesday. Unions hope the turnout will be higher than the last day of action on March 22 when an estimated 300,000 gathered nationwide.

The centrist government plans public sector reforms next year which would lead to the greater use of contract workers for some state services and a cut of 120,000 jobs by 2022 out of 5.6 million. 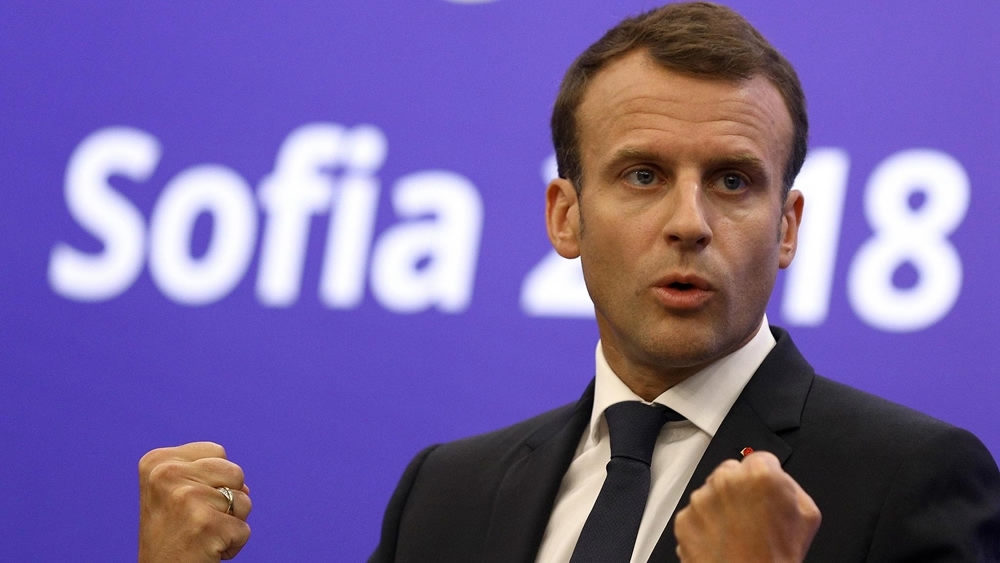 Many civil servants fear that the government plans to scrap their special status and job-for-life privileges, a measure that has already been announced for new recruits on the state railways, the SNCF.

That move on the railways, though generally supported by the French public, has sparked one of the longest strike sequences ever on the network which began at the beginning of April.

Macron has vowed to be uncompromising and promised to deliver on his rail reform promise and cuts to France’s public spending, which was part of his election manifesto.

But unions accuse Macron of wanting to destroy public services which are a vital source of employment and a pillar of communal life in many areas of the country.

Bakri ‘will not be allowed into UK’