Looks aren’t everything. At least, that’s what one Japanese dating service is trying to prove – by requiring participants in speed dating sessions to wear white surgical masks.

“In order to achieve marriage, it is important to provide chances to know a partner’s personality and values in the early stages,” said Kei Matsumura, head of Tokyo dating service Def Anniversary.

“We chose surgical masks as an essential tool for that.”

White surgical masks covering most of the face are common sights in Japan, where people don them to avoid catching diseases, keep out pollen and, sometimes, just to keep their faces warm. Some women also opt for a mask on days when they haven’t worn makeup. 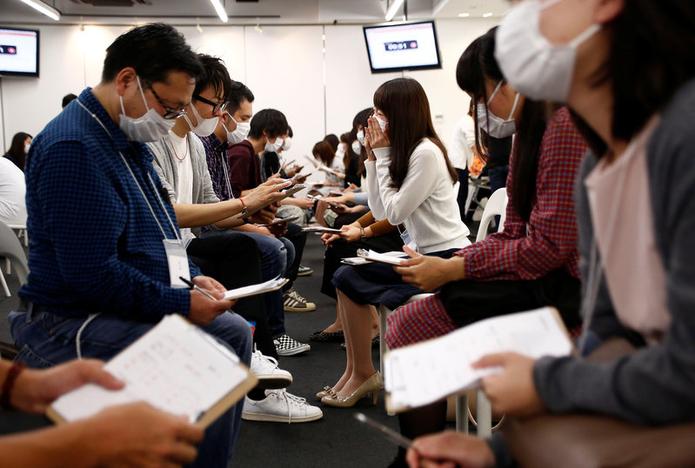 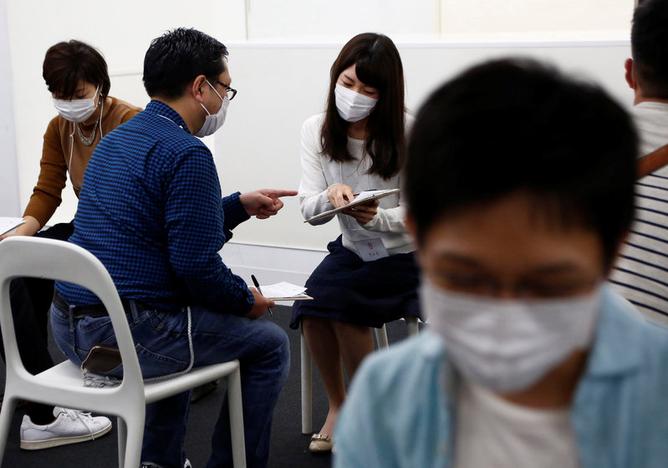 “Since I wasn’t judged by my appearance, I think I was able to be more outgoing with women,” said 28-year-old Yasumasu Kishi at a weekend speed dating event for 19 men and 18 women.

Dating services are booming in Japan as young people shy from tying the knot. The marriage rate has plunged by 50 percent over the last 40 years, from 10.1 per thousand in 1975 to 5.1 per thousand in 2014, according to a Health Ministry survey.

“I think I was able to find out more about their inner selves and not just judge them by their looks,” said Chiharu Tsukahara, a 28-year-old office worker.

“In this event, personality matters. I quite liked that,” she added as she prepared to leave with Kishi and two friends for another date. This time, masks were optional.

Turkey won’t remain silent at continuous US support for YPG –...

Heathrow boss says England pre-arrival testing must only be temporary

British PM Johnson to return to work on Monday as virus...

Taliban to take part in ‘intra-Afghan’ talks in Moscow