The leaders of the Democratic People’s Republic of Korea (DPRK) and the Republic of Korea (ROK) exchanged a warm handshake ahead of Friday’s historic summit at the military demarcation line (MDL), which is inside the border village of Panmunjom that divides the two countries.

“I am happy to meet you,” Moon Jae-in told his counterpart Kim Jong Un as he became the first leader from the DPRK to step into the ROK since the Korean War.

The two leaders smiled and shook hands, after which Kim Jong Un gestured to Moon that they should cross over to the DPRK briefly. They did for a few steps, then returned to the ROK, holding hands.

The two were handed flowers by a boy and a girl from the ROK, residents of a village situated in the demilitarized zone.

Walking on a red carpet rolled out for the two heads of state, the pair were met by an ROK honor guard in historical costumes playing traditional music. 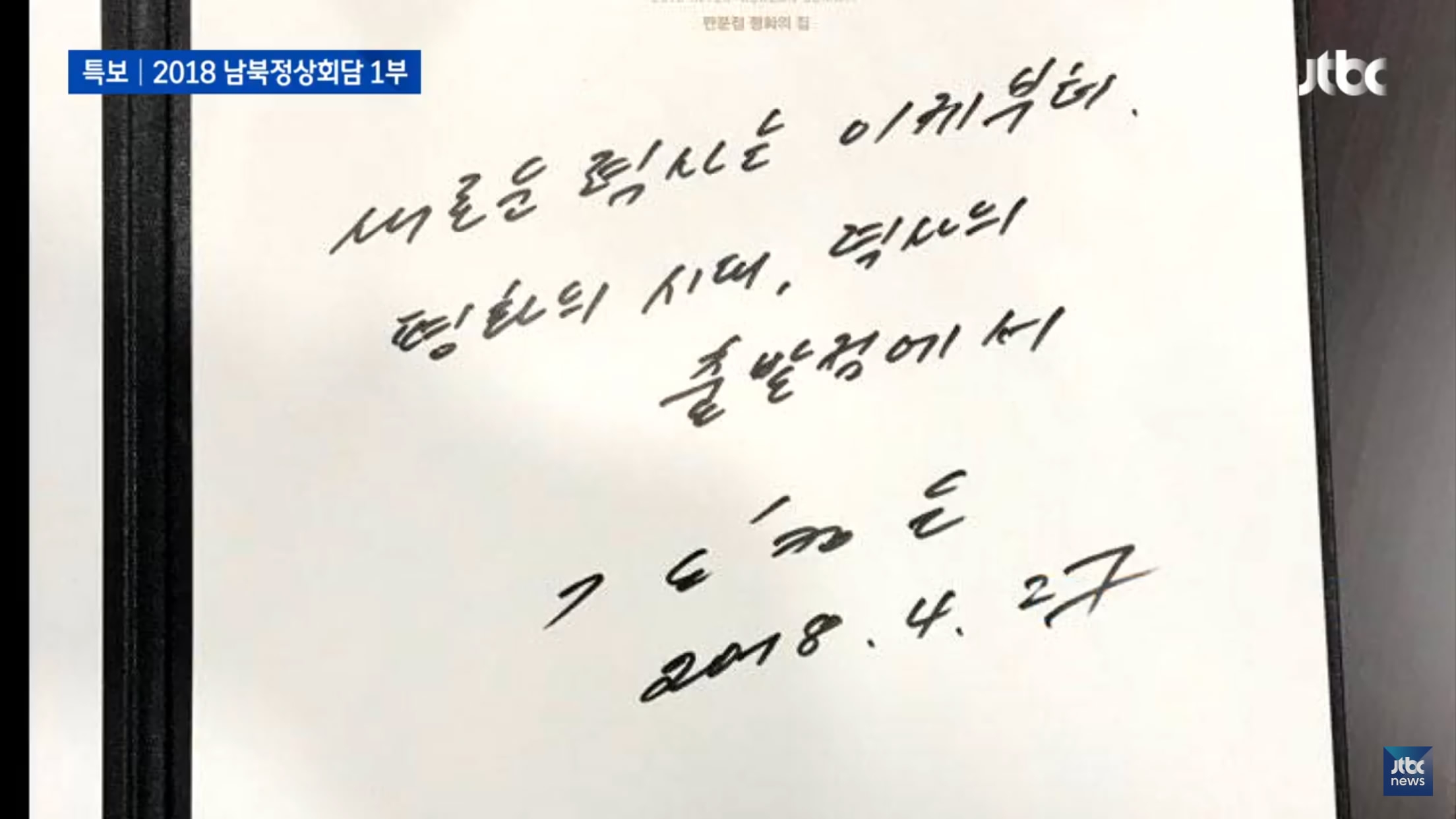 The message wrote in Korean in a guest book in the ROK’s Peace House by Kim Jong Un, April 27, 2018 /JTBC screenshot

Kim stopped to sign a guest book in the ROK’s Peace House before the two leaders met for a private discussion.

“A new history starts now. An age of peace, from the starting point of history,” Kim wrote in Korean in the book, dating and signing the entry.

Moon and Kim both left for the MDL earlier this morning.

This is the third inter-Korean summit, but the first to be held in the ROK. The previous two were held in Pyongyang, and took place in 2000 and 2007.

In the most detailed direct reference to the process by the DPRK so far, the official Korean Central News Agency (KCNA) said Kim will “open-heartedly discuss… all the issues arising in improving inter-Korean relations and achieving peace, prosperity and reunification of the Korean Peninsula.”

HK gov’t to hold meeting with Occupy students on Friday

Campaigners in last pleas for votes