The leader of the Democratic People’s Republic of Korea (DPRK) Kim Jong Un announced on Friday that his country will stop nuclear tests and launches of intercontinental ballistic missiles starting from April 21, according to state media KCNA.

Stating that the northern test area has completed its mission, Kim said that under the proven condition of complete nuclear weapons, the country no longer needs any nuclear tests, mid-range and intercontinental ballistic rocket tests, reported KCNA.

“We will discontinue nuclear tests and inter-continental ballistic rocket test-fire from April 21, 2018. The northern nuclear test ground of the DPRK will be dismantled to transparently guarantee the discontinuance of the nuclear test,” KCNA said. 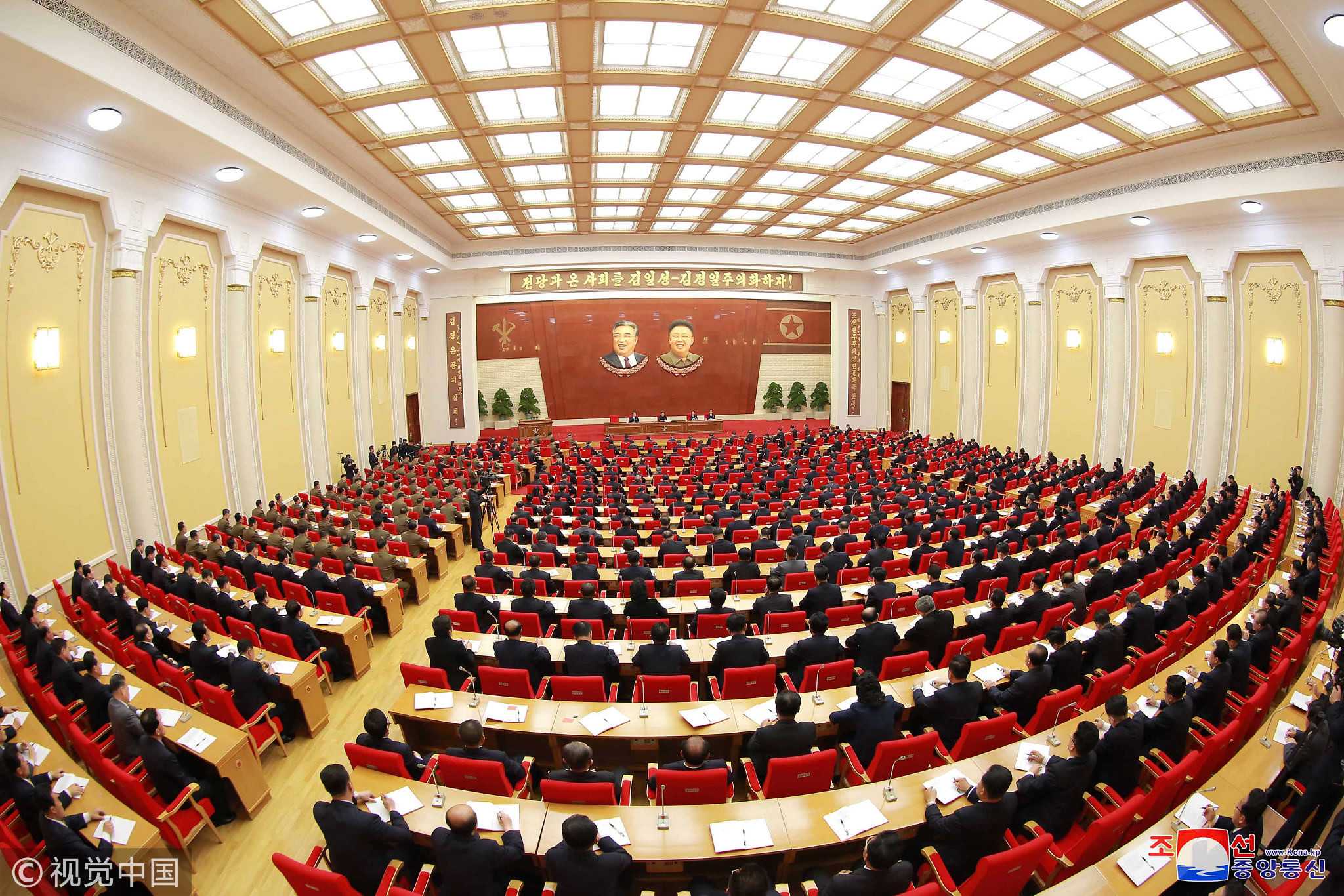 Attendees at the Third Plenary Meeting of the Seventh Central Committee of the Workers’ Party of Korea (WPK), guided by DPRK leader Kim Jong Un, in this photo released by the DPRK’s Korean Central News Agency (KCNA) in Pyongyang, April 20, 2018. /VCG Photo

“The discontinuance of the nuclear test is an important process for the worldwide disarmament, and the DPRK will join the international desire and efforts for the total halt to the nuclear test,” KCNA said.

“We will concentrate all efforts on building a powerful socialist economy and markedly improving the standard of people’s living through the mobilization of all human and material resources of the country,” the DPRK’s official news agency said.

Kim made the announcement at the third plenary session of the seventh general assembly of the Workers’ Party of Korea, during which the leader revealed Pyongyang’s new strategy and said it will focus on developing its economy.

The decision came as the leaders of the DPRK and the Republic of Korea (ROK) are preparing to hold a significant inter-Korean summit on April 27, as well as a much-anticipated meeting between Kim and US President Donald Trump by late May or June.

Chinese Foreign Ministry spokesperson Lu Kang said Saturday that China welcomes the DPRK’s suspension of its nuclear and missile tests and supports the DPRK in solving the concerns of relevant parties through dialogue and hopes it could make achievements in economic development.

Trump tweeted that the announcement was “big progress” and “good news” for the DPRK and the world.

Japanese Prime Minister Shinzo Abe said he welcomed DPRK’s statement, but that it must lead to verifiable denuclearization.

“This announcement is forward motion that I’d like to welcome,” Abe told reporters. “But what’s important is that this leads to complete, verifiable denuclearization. I want to emphasize this.”

Saturday’s announcement came a day after a hotline for dialogue between the leaders of Pyongyang and Seoul opened.

The phone line links Moon’s desk at the presidential Blue House with the State Affairs Commission of the DPRK, which is headed by Kim.

As the two sides prepare for the inter-Korean summit next week, the ROK said on Wednesday that it hopes to end an armistice left by the 1950-53 Korean War and build permanent peace on the Korean Peninsula.

The thawing of relations between the DPRK and the ROK started with Kim’s New Year speech, where he said that his country was “a peace-loving and responsible nuclear power,” and called for lower military tension and improved ties with the ROK.

The DPRK later sent a high-level delegation to the Winter Olympics in the ROK in February, starting a succession of steps to improve ties.

Two groups of high-profile US officials were also sent to the Games. However, the two sides did not have any interactions.

In March, Trump accepted an invitation from Kim and agreed to meet with the DPRK leader, but emphasized that the policy of applying pressure on Pyongyang to denuclearize would stay in place. 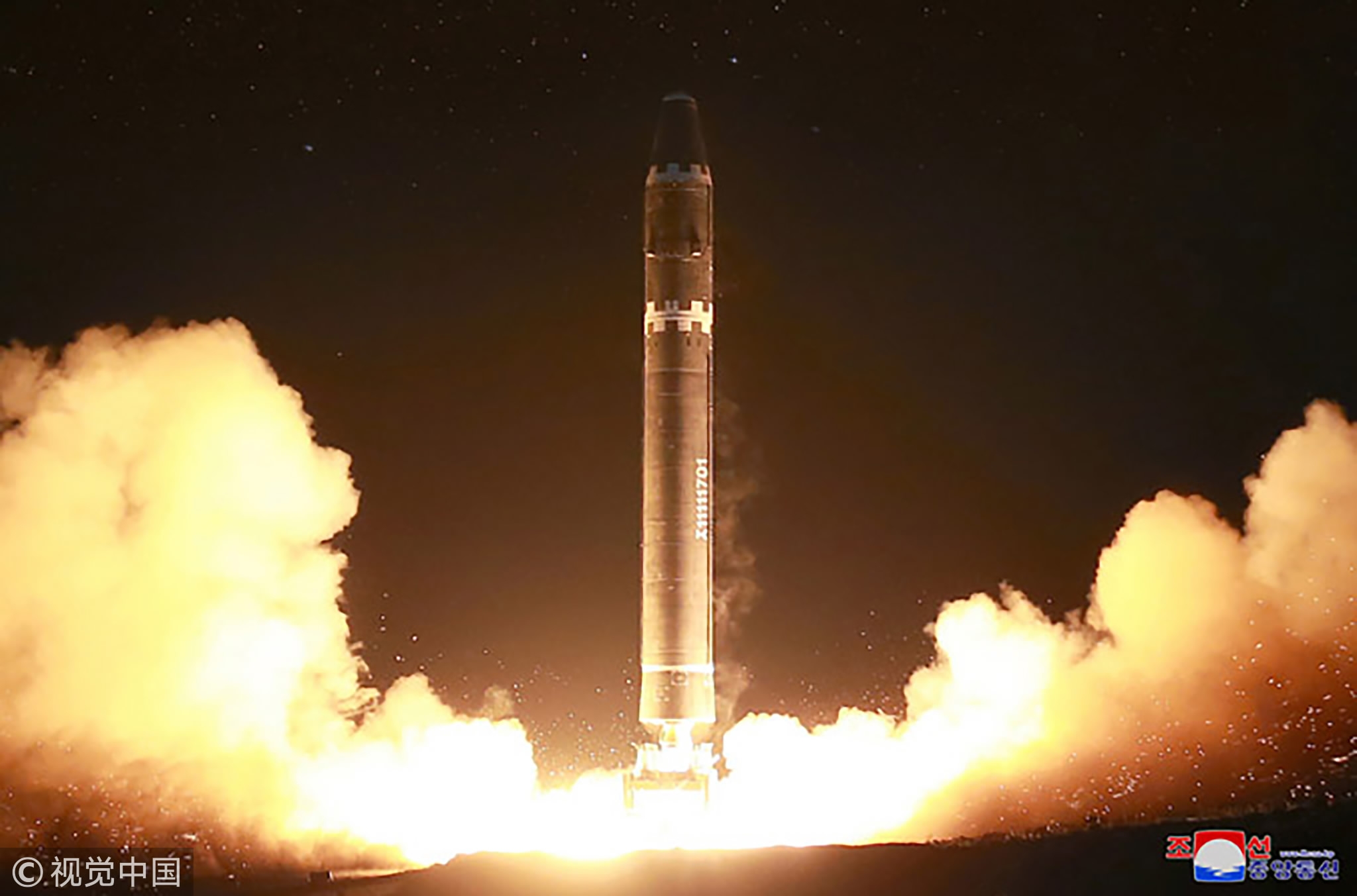 US Secretary of State nominee and CIA Director Mike Pompeo met with Kim at the end of March in a visit to Pyongyang to discuss the planned summit, making him the most senior US official to have met the DPRK leader.

If the summit happens, Trump will be the first sitting US president to meet a DPRK leader.

From Carter to Trump: How US and DPRK leaders have interacted

Escalation of tensions over the past year

Discussions between the US and the DPRK, as well as the DPRK and the ROK, would have been unthinkable at the end of last year.

Tensions between the DPRK and the US have been marked by a growing number of missile and nuclear tests from the DPRK – 25 missiles and one nuclear test occurred in 2017 alone. 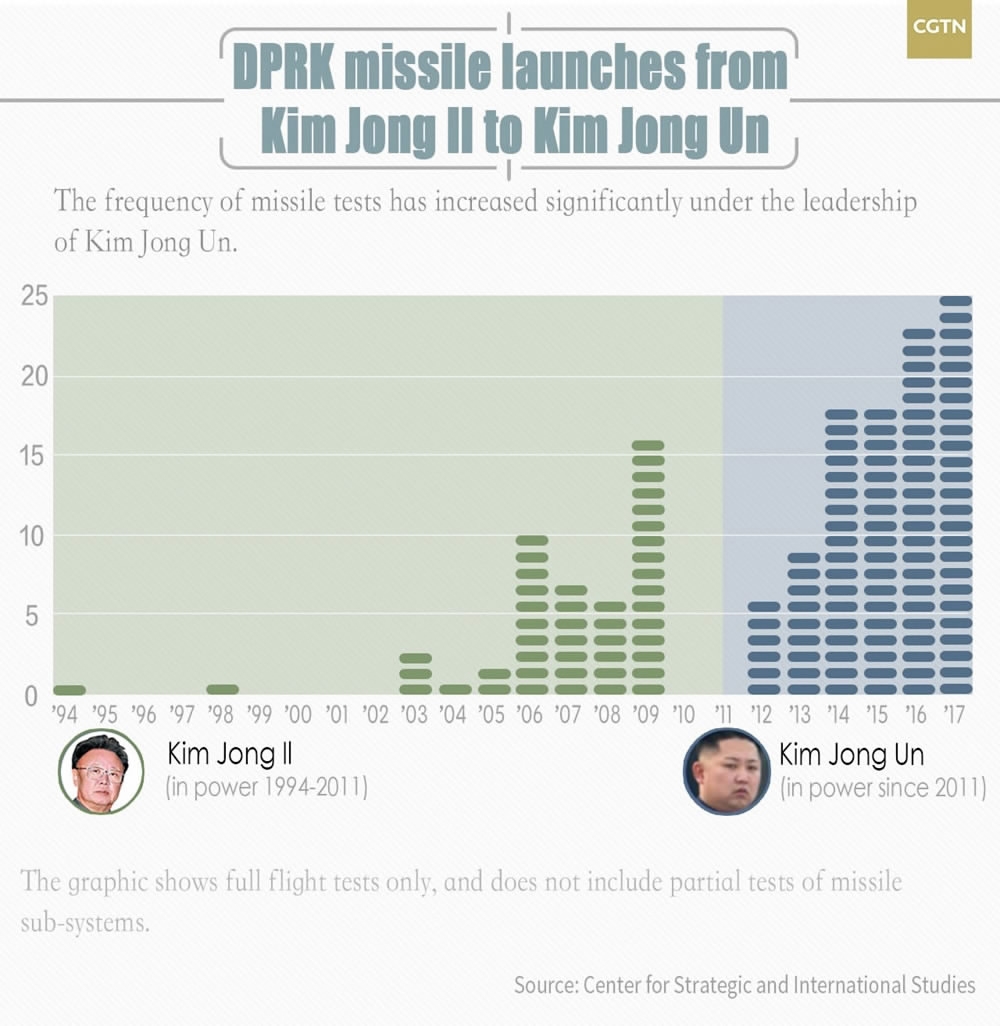 The tests have led to Trump warning the country that the US would apply “maximum pressure and engagement.”

The latest launch came in November last year, when the DPRK claimed it had successfully tested a new type of intercontinental ballistic missile, topped with a “super-large heavy warhead,” capable of striking the US mainland.

In 2017, the country also conducted its most powerful underground nuclear test in September, making it the sixth nuclear test since 2006.

China, Bulgaria agree to enhance cooperation through Belt and Road, 16+1