Anas Altikriti — the founder and CEO of the Cordoba Foundation — said in an exclusive interview to Turkey’s state-run news agency: “The Conservative Party has become a hotbed for Islamophobic narrative.” The Muslim activist also added: “The issue of Islamophobia first emerged in Britain before 2000 and since then this issue has been rising and rising steadily but surely over the years since the Tories came into power in 2010.”

U.K.’s leading Conservative Party will be condemned throughout the British society and history books if it fails to purge out Islamophobia from within its ranks, a prominent representative of the country’s Muslim community said.

Anas Altikriti, the founder and CEO of the Cordoba Foundation, said the party is accused of Islamophobia on every single level.

Speaking to Anadolu Agency, Altikriti noted that “the issue of Islamophobia first emerged in Britain before 2000″ and “since then this issue has been rising and rising steadily but surely over the years since the Tories came into power in 2010″. 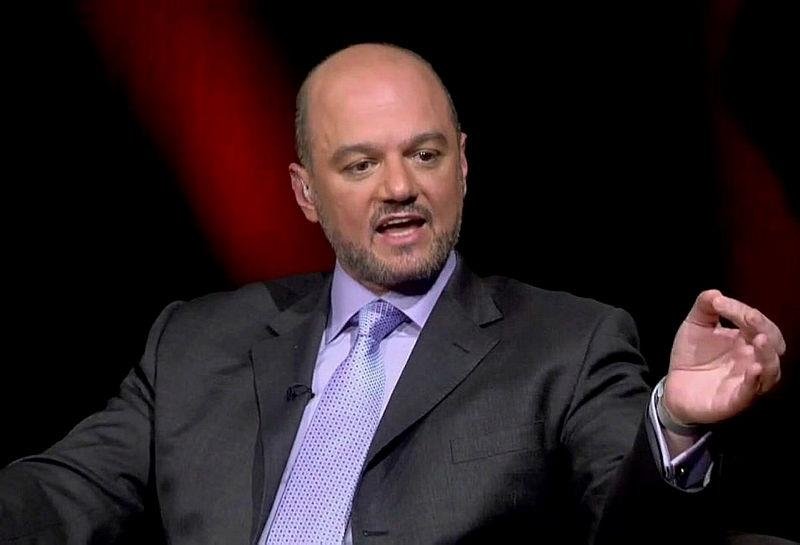 “Islamophobia has been almost multiplied in some circumstances and I believe that the statistics […] show that in London alone in 2017, those attacks — physical, verbal and such — rose up by about 400% in one single year,” he said.

“[The] targeted feels intimidated, is dehumanized, is rejected as second class citizens.”

He said: “As a result of this treatment, as a result of the overriding narrative the entire society is fragmented and the truth of the matter is, whether the prime minister and his predecessors acknowledge or not, the Tory party had been the hotbed of Islamophobic narratives, discourse, images, stereotypes to the extent of its former chairman or co-chair Sayeeda Warsi had to leave her post as a result of what she called the sort of persistent Islamophobia that was just a normal kind of rhetoric around the dinner table.”

“Tories… have failed to acknowledge this disease and want to at the same time score a political point against the Labour Party which it claims is rife with anti-semitism, is hypocritical to the extreme.”

Altikriti said Prime Minister Boris Johnson and some of his ministers have spoken about an investigation because a general election is around the corner.

“Unfortunately, it is not about an investigation into Islamophobia,” he said.

“What they have done is to try to sort of whitewash the whole thing by saying ‘well, we are going to do an investigation into all sorts of discrimination’.”

Altikriti said that “we do not claim at all that Islamophobia should be […] seen as exclusive to any other form of discrimination”.

“Any discrimination is vile and evil and must be eradicated; however, at this moment of time, the Conservative Party is being accused of a specific charge and that it is rife with Islamophobia on every single level. That’s what should be investigated,” he added.

“Tories can hide behind any side issues and hope that this issue goes away, but they will forever be condemned… throughout the British society, in the history books if they fail to live up to the responsibility that is now upon their shoulders.”

– ISLAMOPHOBIA IN CONSERVATIVE PARTY
Allegations of Islamophobia within the party reached a new high last month after 25 current and former party councilors were identified as having posted anti-Muslim and racist remarks on social media.

An exclusive story by the Guardian suggested that 15 sitting and 10 former councilors sent messages on Facebook and Twitter to the party’s headquarters.

The messages in a dossier obtained by the daily include calls for mosques to be banned, claims the faith wants to “turn the world Muslim” and refers to Muslims as “barbarians” and “the enemy within”.

The dossier, compiled by an anonymous Twitter user, was sent to the Guardian and forwarded to the Conservative Party. The party suspended all those who are still members pending an investigation, according to reports.

Warsi, a Conservative member of the House of Lords, said she was “appalled” by some of the comments in the dossier.

“These further divisive and racist comments by elected Conservative councilors are a further indication of the issue of Islamophobia in the party,” she said.

“The constant argument made by the party [is] that there isn’t the evidence, yet dossier after dossier has been presented to the party. Now this one exposes a sizeable number of sitting Conservative councilors. These individuals seek to represent the party, and if the party truly believes in rooting out racism, it should start from rooting out those with racist views from the party.

“Sadly, the party has been trying to downgrade, dilute and deflect the issue of Islamophobia.”

Warsi has repeatedly urged the party to launch an investigation into Islamophobia within the Conservative Party.

The development came after the Muslim Council of Britain (MCB) accused the Conservative leadership of “denial, deflection and discounting” after the party announced it would be holding a broader investigation into “all types of prejudice,” backpedaling on a previous pledge for an independent investigation into the matter.

The council said in a statement on the latest development that Islamophobia in the Conservative Party is “endemic”.

“From members at the grassroots, councilors, MPs, members of the Cabinet and the prime minister, there are hugely concerning levels of hatred against Muslims throughout the party,” said Harun Khan, the council’s secretary general, in a statement.

The biggest Muslim umbrella group in Britain also said the “lack of transparency and attempt to cover up the problem only heightens the mistrust of the party.”

MPs press Theresa May to allow a vote on EU strategy