Anti-India protests and clashes erupted in several places in disputed Kashmir on Thursday after Indian troops killed a young shepherd who was tending his sheep, officials and residents said, and an Indian soldier and three rebels were killed in two separate gun battles.

The man worked as a shepherd and he was attending to his sheep when troops fired at him, they said.

Police have yet to make a statement.

The killing triggered protests and clashes as hundreds of people poured into streets at several places in downtown Srinagar calling for the end of Indian rule.

They chanted slogans like “Go India, go back” and “We want freedom” as some of the residents barraged police and paramilitary soldiers with stones.

Government troops fired tear gas and shotgun pellets to quell the protests while authorities restricted movement in old quarters of the city.

Elsewhere, India’s army said a soldier and a rebel were killed on Thursday in a gun battle in southern Qazigund area.

Col. Rajesh Kalia, an army spokesman, said the troops raided a village in the area on a tip that some rebels were hiding there, leading to exchange of gunfire.

He said the operation was ongoing.

Also on Thursday, at least two rebels were trapped in a mosque after troops laid a siege around it in Panzan village, police said.

As the siege continued, villagers tried to march towards the mosque in solidarity with the rebels, leading to clashes between stone-throwing protesters and Indian troops who deployed tear smoke shells and pellets.

No one was immediately reported injured in both the clashes. 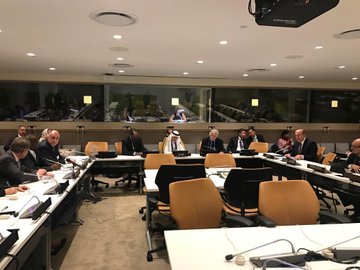 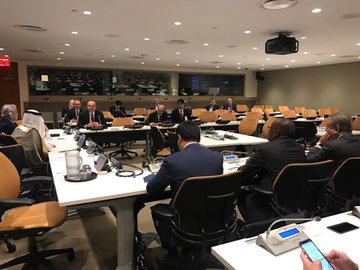 Underlined the humanitarian aspect of Jammu-Kashmir issue at OIC Contact Group. #Turkey is ready to contribute actively to efforts for a sustainable settlement through dialogue btw Pakistan&India, on basis of UNSC resolutions & in line with wishes of the people of #Kashmir.

Most Kashmiris support the rebel cause of unifying the divided region either under Pakistani rule or as an independent country, while participating in civilian street protests against Indian control.

In recent years, mainly young Kashmiris have displayed open solidarity with rebels and sought to protect them by engaging troops in street clashes during military operations.

Rebels have been fighting Indian control since 1989. Nearly 100,000 people have been killed in the uprising and the ensuing Indian military crackdown.

“Evolution of media and moral values compliment each other”, Dr Dariga...