Despite India’s strong reservations about a Chinese nuclear submarine at the Colombo port in September, the government has learned that Sri Lanka has permitted another Chinese attack submarine to dock at a Lankan port.

According to the information received, the second docking is likely to take place very soon.  The presence of Chinese submarines across Palk Straits has deeply disturbed the government which is making another call to Lankan authorities, this time to convey strong displeasure. The news of a second Chinese submarine docking in Sri Lanka comes days after the visit of Vietnam PM Nguyen Tan Dung to India and in complete disregard of India’s message to Lankan defence secretary Gotabaya Rajapaksa earlier this month.

The Chinese fleet of submarines, both diesel and nuclear-powered (of which three can fire ballistic missiles), represent some of Beijing’s most offensive military capabilities and have been the focus of international media when one of them propelled through Indian Ocean waters for the first time earlier this year, making its way to the Persian Gulf. 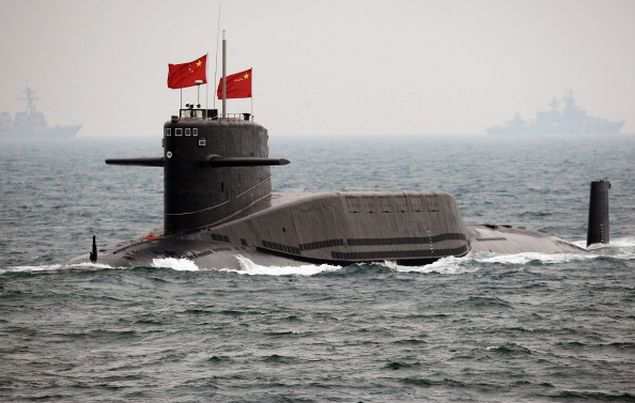 A Chinese navy submarine attends an international fleet review to celebrate the 60th anniversary of the founding of the People’s Liberation Army Navy on April 23, 2009 off Qingdao in Shandong Province. (Getty Images file photo)

In a recent report, Wall Street Journal described the Chinese submarine fleet as Beijing’s most significant military challenge in the region. And for them to surface at Lankan ports brings alive some of New Delhi’s worst fears of China’s expanding presence in India’s neighbourhood.

Sri Lanka’s assurance — even from the highest level — that China has no military presence in the island nation does not inspire confidence. Consider the following:

* Coinciding with the election of Mahinda Rajapaksa as president in 2005, assistance from China has grown manifold and in infrastructure. 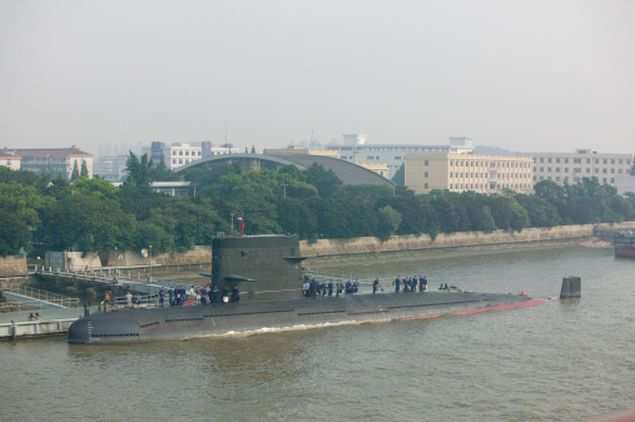 * With its “no strings” overseas-aid policy, China has replaced Japan as the No. 1 donor to Sri Lanka.

* India believes that the Chinese have been favoured despite the commercial and economic viability of their projects being suspect. Traffic generated at Hambantota port and Matara international airport, both built by China, are said to be far below expectations.

* The Rajapaksa regime has not been deterred by the poor execution of projects by Chinese companies. One glaring example is the $1.35 billion Norochcholai coal power project which Sri Lankan authorities failed to rectify and have now asked the Chinese to operate it. Poor quality of equipment was said to be one of the reasons for the breakdown.

What seems to have angered New Delhi is that the permission for docking another nuclear sub comes even after India conveyed to defence secretary Gotabaya Rajapaksa, who is also brother of the president, that it had serious reservations about the Colombo docking on September 15.

This Colombo stop for the sub in September came while President Pranab Mukherjee was touring Vietnam and when Indian and Chinese troops were locked in a face-off at Chumar in southeastern Ladakh. China later said the sub had docked in Colombo on its way to the Gulf of Aden.