The value of the deal was not immediately made public and it came as French President Emmanuel Macron wrapped up his three-day business trip to China.

China has ordered 184 Airbus A320 planes to be delivered to 13 airlines, French officials said on Wednesday as President Emmanuel Macron wrapped up a state visit to the country.

According to AFP news agency, which quoted unnamed officials, the value of the deal was not immediately made public but the average list price for the single-aisle aircraft is $99 million, rising to $108.4 million for the A320neo model, according to the Airbus website.

Earlier, Macron said that his country also had ambitions to sell A350 and A380 planes.

“We also have ambitions on A350 and A380 mid-range and large carriers in the weeks or months to come.” Macron said.

The French president also said China assured him it would respect market share parity between Airbus and Boeing.

China regularly splits large orders between Europe and the United States to cope with its fast-expanding airline traffic, but the momentum has recently been with rival Boeing, which sold 300 jets during a visit by US President Donald Trump last year.

China, however, placed a large order for 140 Airbus jets during a visit to Germany by Xi last July. 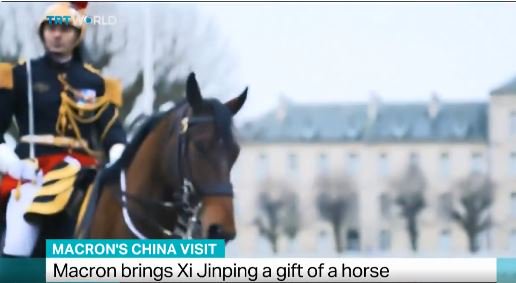 The announcement came a day after Boeing said that it delivered an industry-record 763 jetliners in 2017, likely beating European rival Airbus SE to retain the title of world’s biggest plane maker.

Airbus was on track last month to rack up more than 1,000 gross new orders for the year, excluding cancellations, compared with the 1,053 gross orders Boeing announced on Tuesday. 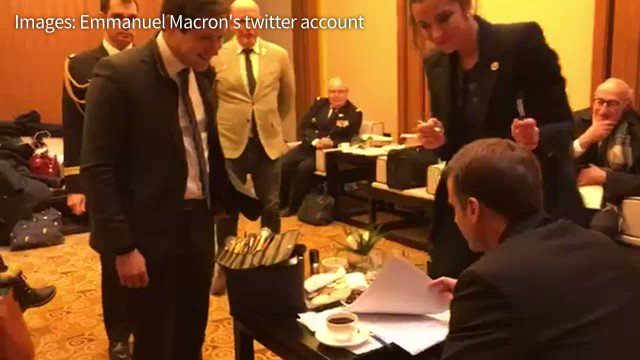 A video of French President Emmanuel Macron learning how to say “Make Our Planet Great Again” in Mandarin has earned him kudos from social media users in China, where he is making his first state visit

On Tuesday, Macron offered to open up France to Chinese investment in exchange for greater access to China’s booming markets , warning during talks in Beijing that existing trade imbalances would lead to protectionism.

The French president was in Beijing on what his government billed as a trip to expand French and European relations with China.

Both sides signed business deals worth billions of dollars in the nuclear, aviation and other key sectors on the second day of Macron’s first state visit to China.

Macron and Xi also vowed to keep up the fight against climate change – a key pledge in the face of US President Donald Trump’s vow to withdraw from the Paris accord.

India made down 15% payment on Russia’s S-400 systems, report says