Soldiers and equipment transported from central province of Hubei to an unspecified location in northwest, according to state media.

Footage of drill aired the same day top generals from the two sides held talks in a bid to defuse stand-off that began in early May 2020.

China has mobilised thousands of paratroopers, armoured vehicles and equipment in a military drill, saying they could be deployed “within hours” to the border with India in the Himalayas, where tensions have again flared.

The soldiers and armoured vehicles were transported from the central province of Hubei to an unspecified location in China’s northwest plateau, thousands of kilometres away, in “just a few hours”, according to state media reports over the weekend.

Footage of troops boarding civilian planes and trains in the “manoeuvre operation” was aired on state broadcaster CCTV on Saturday, the same day top generals from China and India held talks in Moldo , on the Chinese side of the unmarked boundary known as the Line of Actual Control.

They were trying to defuse a stand-off that began in early May, with border troops engaging in fist fights and stone-throwing in the Galwan River valley between Ladakh, in Indian-administered Kashmir, and Chinese-administered Aksai Chin. 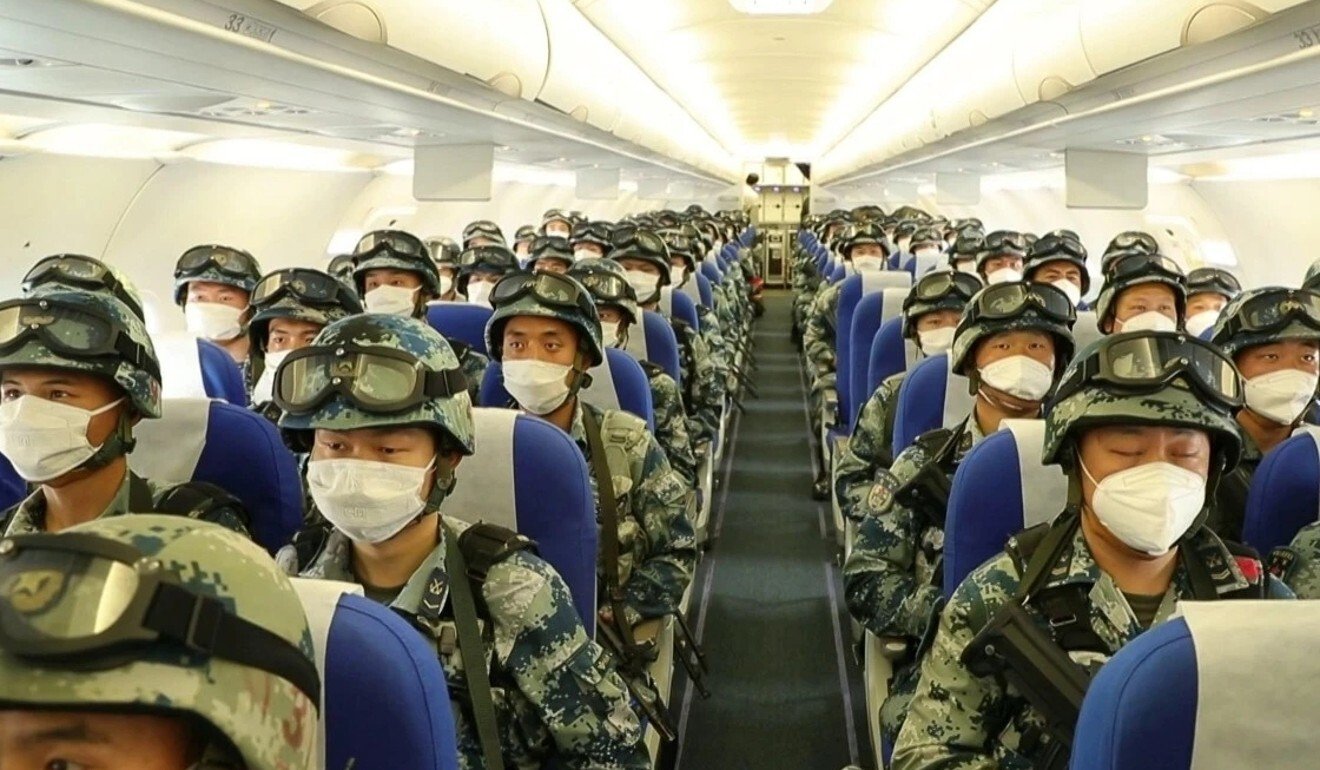 State media aired footage of troops boarding civilian planes to get from Hubei province to the unspecified location thousands of kilometres away. Photo: Weibo

Major Colonel Mao Lei, head of a PLA Air Force brigade training department that led the operation in the northwest, said it had made “significant breakthroughs” in terms of the scale of mobilised troops and how they were transported.

The report did not give their location, but an article published in state tabloid Global Times on Sunday directly linked the People’s Liberation Army drill with the border tensions.

The latest flare-up in the long-running dispute has seen Chinese state media accuse India of “illegally constructing defence facilities across the border into Chinese territory in the Galwan Valley region”. Indian media reports have meanwhile quoted military sources as saying that Chinese forces had entered Indian territory by 1km to 3km.

Both nations have attempted to play down the stand-off. Indian media reported that talks between the two sides’ military commanders on Saturday were “inconclusive”, while India’s Ministry of External Affairs said they were held in a “cordial and positive atmosphere”.

On Monday, Chinese foreign ministry spokeswoman Hua Chunying said the situation was “stable, under control and mutual in terms of solving problems”. “We have reached one consensus – that both sides have to carry out the previous consensus made by the top leadership so as to avoid escalating a disagreement into a dispute,” Hua said. “We have to make efforts to maintain stability and peace in our border regions and create a healthy atmosphere for our bilateral relations to develop.”

The high-level military meeting came after Indian and Chinese foreign ministry officials held a videoconference to discuss the border tensions on Friday, with Beijing saying afterwards that the two sides would ensure relations  stayed on track. 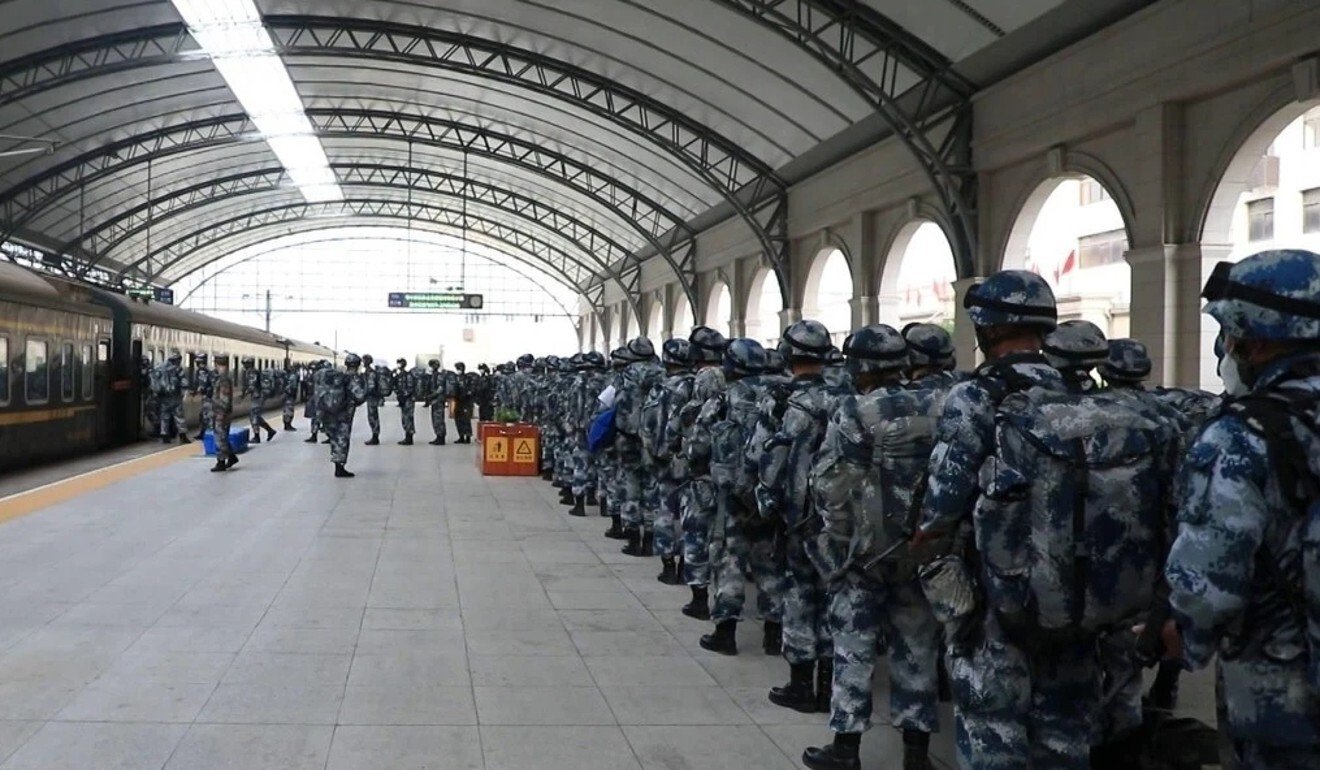 Border tensions between China and India have simmered for years. The countries share a 3,488km (2,167-mile) unmarked boundary and fought a frontier war in 1962, with regular flare-ups since then – though no shot has been fired since the 1970s. The last major stand-off ran for more than 70 days at the Doklam plateau in 2017, triggered by Chinese road-building in the area, which is claimed by China and Indian ally Bhutan. The following year, China and India pledged to set up a hotline between the two militaries in a bid to strengthen communication at the border.

Li Li, a South Asia specialist at Tsinghua University in Beijing, said she expected more military posturing from both sides.

“The military deployment from both countries to the region will not ease before this border issue is resolved,” Li said. “[These] competitive capacity-building activities will continue.” 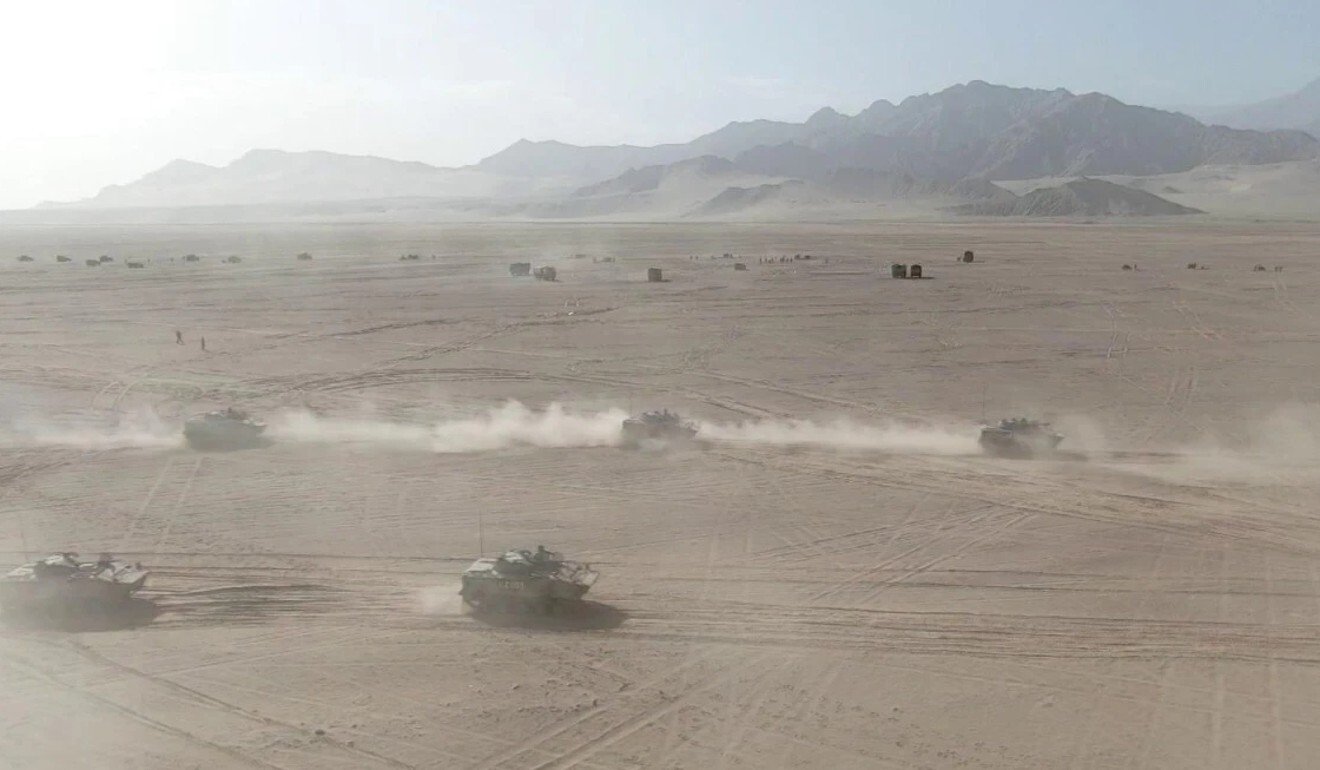 China said troops could be deployed “within hours” to the border region. Photo: Weibo

Collin Koh, a research fellow with the Institute of Defence and Strategic Studies, based at the Nanyang Technological University in Singapore, said the PLA had been “training for this for many years” so it was no surprise they could mobilise troops to the area so quickly.

He said India had also sought to improve mobility of reinforcements in recent years, including by building more border road networks and railway systems, advanced landing grounds and helipads.

“The Chinese would be well aware of that, so it’s important for them to stress upon their Indian counterparts that they are able to mobilise more reinforcements more quickly,” Koh said.

He added that Beijing could also be sending a broader message by deploying troops from Hubei – the initial epicentre of the coronavirus pandemic.

“[This could] therefore be seen as signalling to more than India alone, to the international community – including perceived adversaries, especially the US – that the PLA remains combat ready and unaffected by the pandemic,” Koh said.