HomeAll ArticlesChina, Kazakhstan to walk 'hand in hand' on path of rejuvenation
All ArticlesBusinessDiplomatsDiplomats CornerFeaturedHotNewssider 1Uncategorised

China, Kazakhstan to walk ‘hand in hand’ on path of rejuvenation

Chinese President Xi Jinping and Kazakh President Nursultan Nazarbayev agreed on Thursday that the two countries will walk “hand in hand” on the path of national rejuvenation.

Xi held a welcoming ceremony in Beijing for Nazarbayev, who is on a state visit to China ahead of the 18th Summit of the Shanghai Cooperation Organization (SCO) in the Chinese city of Qingdao this weekend. It was a brand new welcoming ceremony featuring a larger guard of honor, additional female soldiers, new uniforms and more musical instruments for the military band. 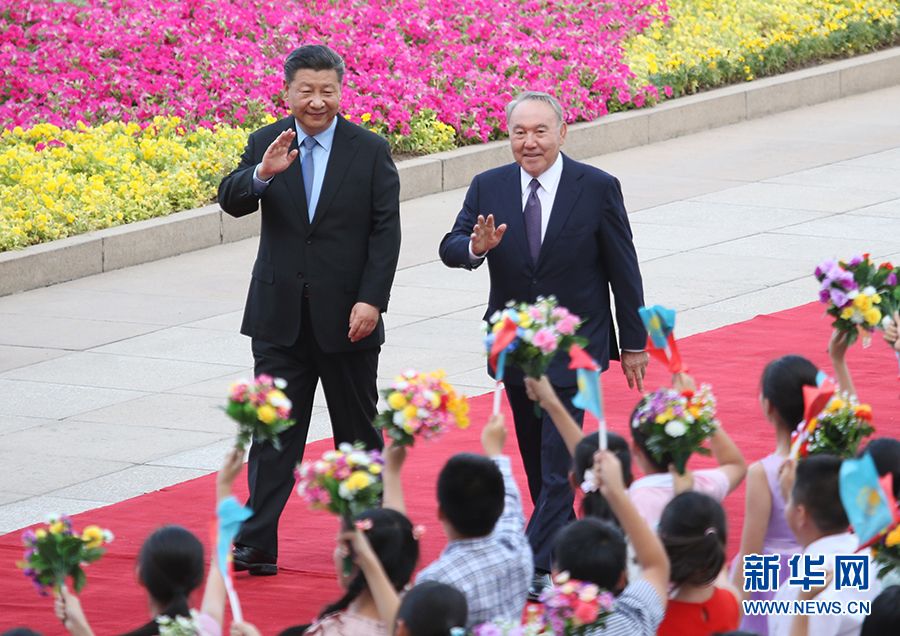 China and Kazakhstan have witnessed rapid development in bilateral ties since the establishment of diplomatic relations 26 years ago. Now the two sides are ready to consolidate their traditional friendship and deepen cooperation.

Both the Chinese Dream – the great rejuvenation of the Chinese nation – and the Kazakh dream reflect people-centered development concepts and the pursuit of a better future, Xi told his Kazakh counterpart during their talks, calling on the two neighboring countries to walk “hand in hand” and support each other.

China is willing to deepen cooperation with Kazakhstan in the fight against “three evil forces,” namely terrorism, extremism and separatism, and strengthen communication and coordination with the Central Asian country in global and regional affairs, Xi noted.

He told Nazarbayev that it was during his first visit to Kazakhstan in 2013 that he proposed the Silk Road Economic Belt Initiative – part of China’s Belt and Road Initiative (the Road refers to the 21st Century Maritime Silk Road).

Hailing the Belt and Road Initiative as an important application of building a community of shared future for mankind, Xi said that the two countries should deepen the alignment of the initiative with Kazakhstan’s Bright Path new economic plan and promote cooperation in areas of industrial capacity, investment, economy and trade, energy, interconnectivity, agriculture and innovation.

Nazarbayev said Kazakhstan cherishes its traditional friendship with China, adding that China’s development has brought opportunities to his country.

Kazakhstan will make firm efforts to crack down on the “three evil forces” and strengthen communication and coordination with China within frameworks of the SCO and the Conference on Interaction and Confidence Building Measures in Asia (CICA), Nazarbayev stressed. 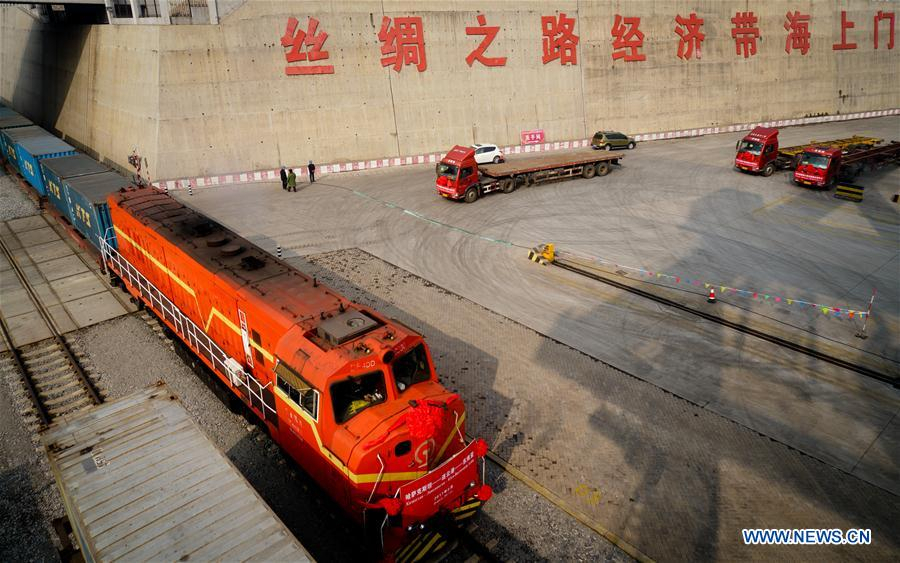 He said the Silk Road Economic Belt Initiative raised by Xi in Kazakhstan five years ago has benefited countries in the region. Kazakhstan would like to make more efforts to integrate its Bright Path new economic plan with China’s Belt and Road Initiative, he told Xi.

After their talks, the two leaders signed a joint communique and witnessed the signing of cooperation agreements. 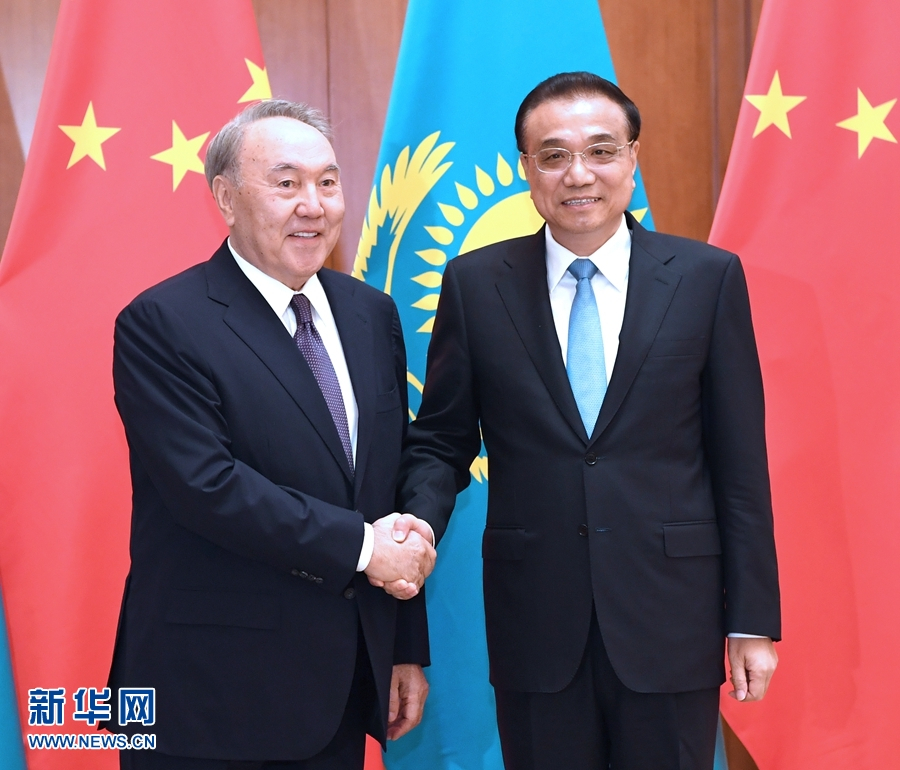 Both China and Kazakhstan are founding members of the SCO. In a recent interview with CGTN, Nazarbayev said he has high hopes for the Qingdao SCO Summit. Economic cooperation between SCO member states is more active and fruitful than in the past, he noted.

“The SCO is not only a political community, but also an economic one. We jointly promote all the countries’ development,” said the Kazakh president.

Nazarbayev will travel to the coastal city of Qingdao in east China to attend the SCO summit on Saturday and Sunday.