Editor’s note: The article is based on an interview with Ma Jiali, India expert and senior researcher at the China Institutes of Contemporary International Relations.

While the world witnessed the splitting of transatlantic alliances during the G7 summit, where trade spats turned to personal remarks, the 18th summit of the Shanghai Cooperation Organization (SCO) wrapped up, where a new type of international relations based on mutual trust and equality has been built.

Sadly, the noise of fighting could easily steal the thunder of solid achievement through hard work. But the progress of the SCO, especially after the joining of India and Pakistan, deserves more proper evaluation. In an interview with CGTN, Ma Jiali, a senior researcher at the China Institutes of Contemporary International Relations, shared his insights particularly on the development of China-India relations.

There have always been concerns that the joining of India and Pakistan could bring down the efficiency of the group, giving that decisions are made through consensus, and the two countries happen to be long-time rivalries.

“Joining the SCO does not mean that they could solve their disputes overnight. But it does mean they can have a platform to sit down and negotiate peacefully,” explained Ma. “The concern might be valid to an extent, but we should also see that the current international trend is to settle disputes through a peaceful mechanism.” 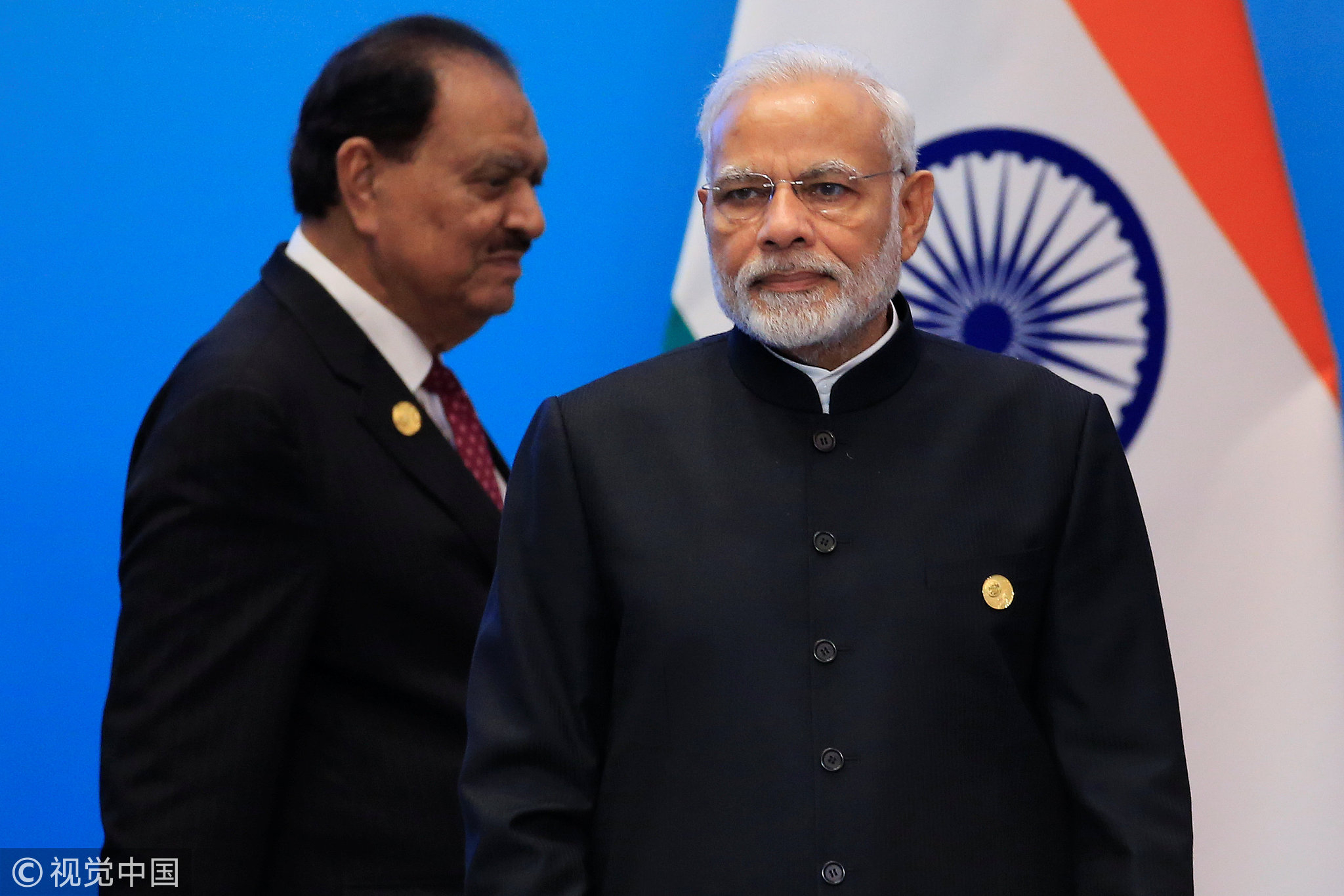 During the press conference after the summit, Chinese President Xi Jinping announced that the summit had agreed on a five-year action plan for implementing the Treaty on Long-Term Good-Neighborliness, Friendship and Cooperation of the SCO Member States.

As Ma pointed out, the signing of this agreement means that both countries recognize that they have the duty and commitment to resolve their disputes peacefully within the SCO framework.

In a way, it has put the option of war off the table.

China and India have land disputes as well. The Dong Lang Standoff last year still seems to be fresh in Indian and Chinese people’s minds. This is also why the informal Xi-Modi meeting in Wuhan, only seven months after the standoff came as a surprise. 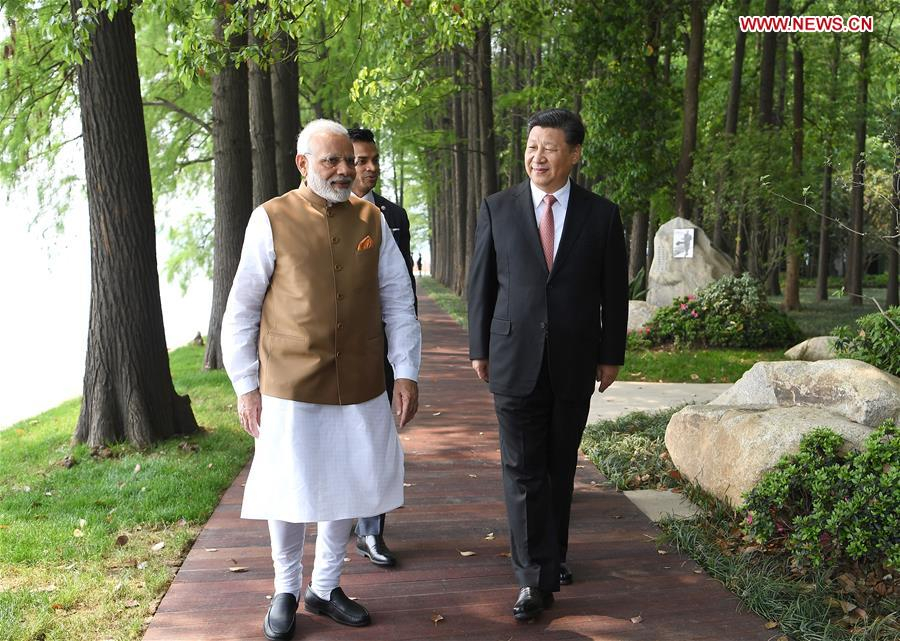 But in Ma’s opinion, the warming relationship between the two countries in such a short time was inevitable.

“The standoff showed that the two countries still lacked mutual trust,” said Ma. “But it also made the two countries realize that China and India have such interwoven interests with each other that they cannot bear any fight.”

During the Shangri-La Dialogue on June 1, Modi’s speech disappointed the US as he did not join its side to lash out at China on the South China Sea issue. Instead, Modi admitted that China and India “have displayed maturity and wisdom in managing issues and ensuring a peaceful order.” 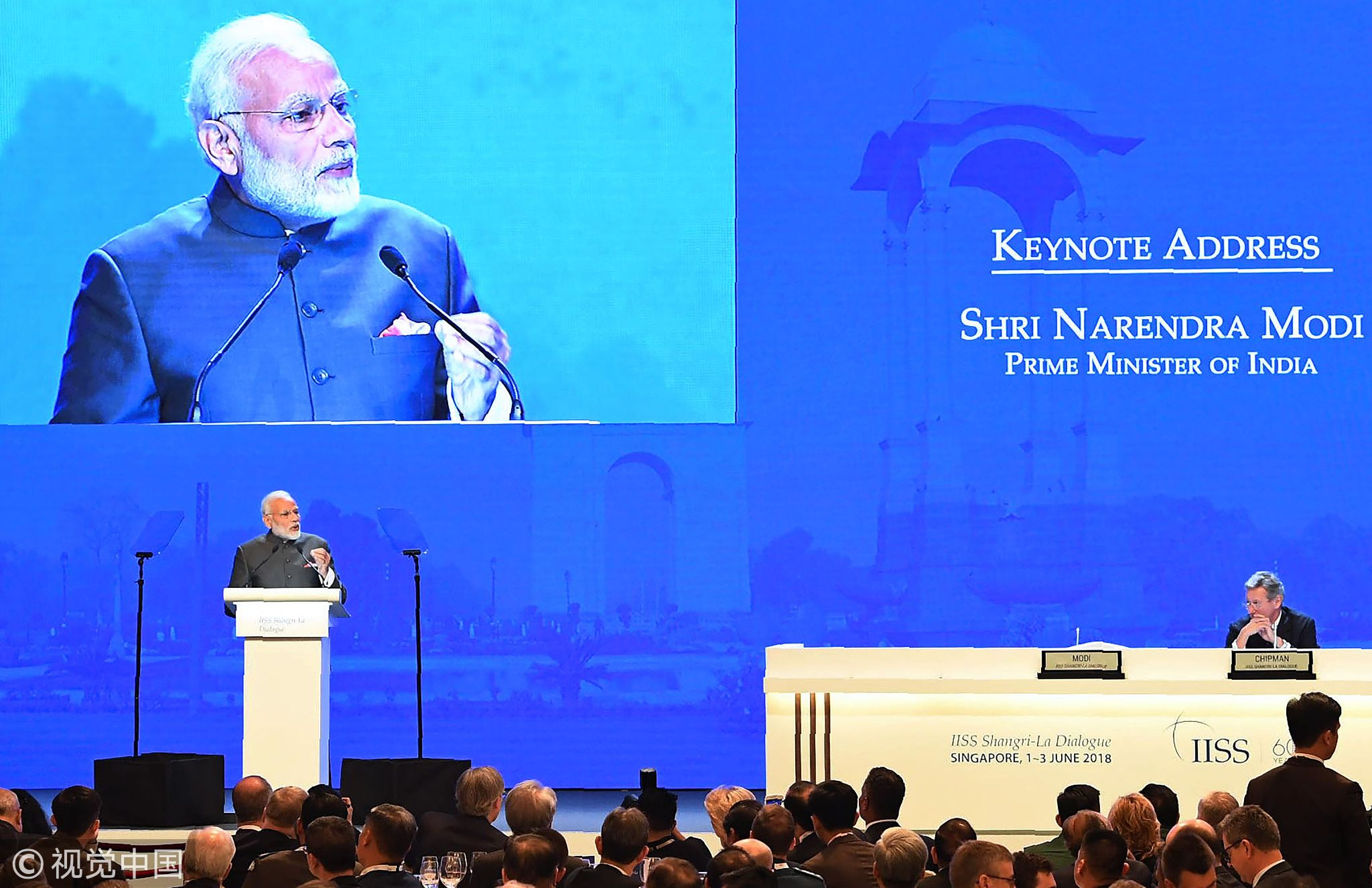 However, compared with other SCO members in Central Asia, India has not shown the same level of enthusiasm toward the Belt and Road Initiative (BRI).

“It is impossible for two countries to have the exact same interests. But China and India have the same footing on strategic interests,” he said. Ma suggests that China does not need to be too anxious to get India on board.

But as the two largest developing countries in the world and neighboring nations, China and India are indeed anxious about boosting domestic development, which requires a stable regional and international environment.

That “anxiety” happens to bring China and India closer on the road to cooperative development. 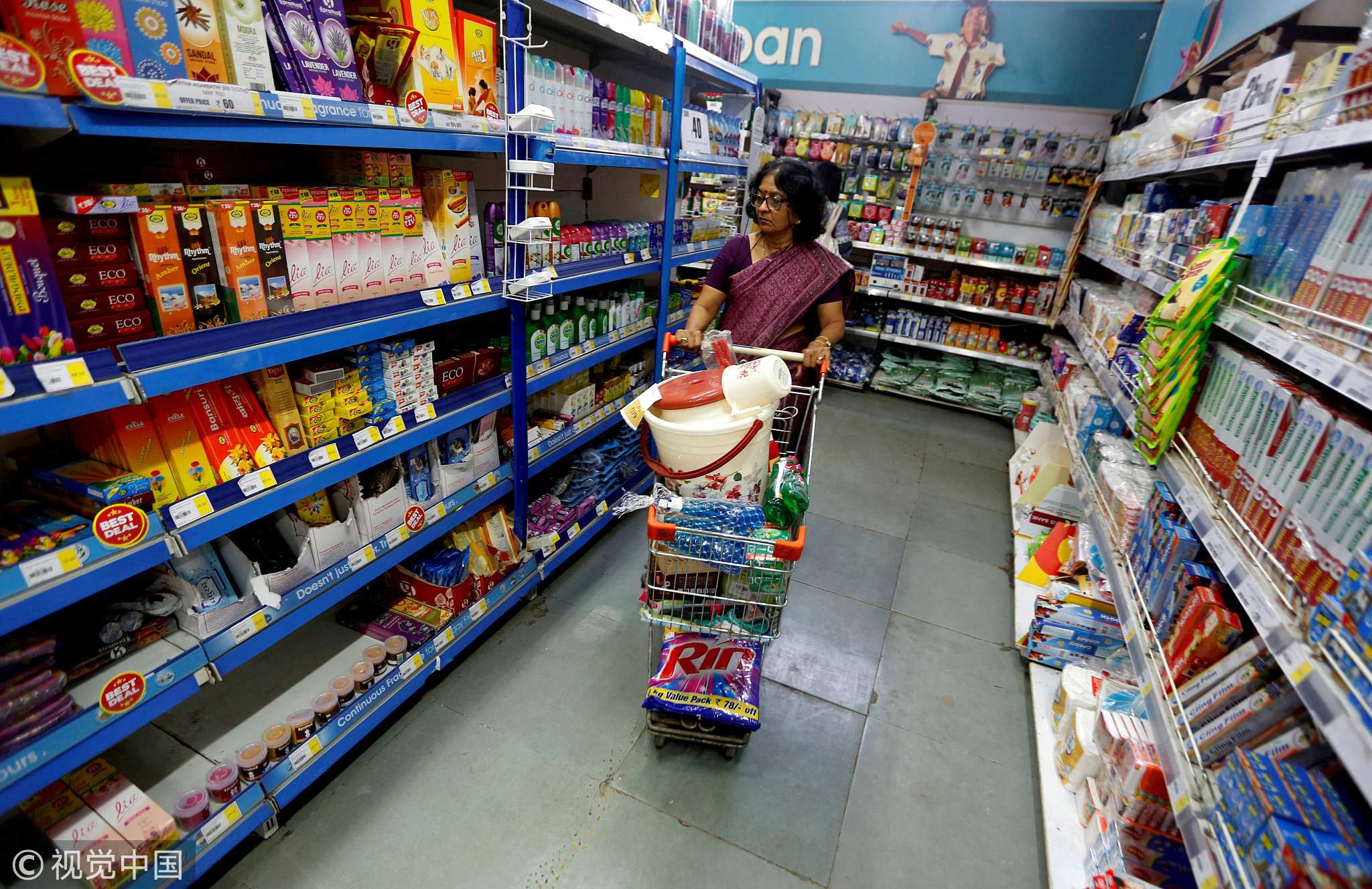 “What needs to be done now is to keep this momentum of strengthening mutual trust and connectivity between two countries,” Ma said. Ma pointed out that India has already joined the Asian Infrastructure Investment Bank (AIIB), which was set up under the BRI framework, and China has also become the largest trading partner of India. If anything, the trade relationship and economic cooperation is growing steadily.

During Modi’s speech at the SCO, he stressed that security is still India’s top priority but also sought for greater economic links and connectivity between India and other SCO countries as he remarked that “India welcomes any such (connectivity) project which is inclusive, sustainable and transparent.”

This also echoes Chinese President Xi’s speech when he proposed that SCO members should “uphold innovative, coordinated, green, open and inclusive development” to resolve unbalanced development issues. For that, China would set up a 30-billion-yuan (4.7 billion US dollars) special lending facility within the SCO Inter-bank Consortium.

As an expert on India and South Asia issues, Ma is also a strong supporter of promoting mutual understanding between the two countries. He certainly does not appreciate the sensationalism in media which loves to incite irrational patriotism. 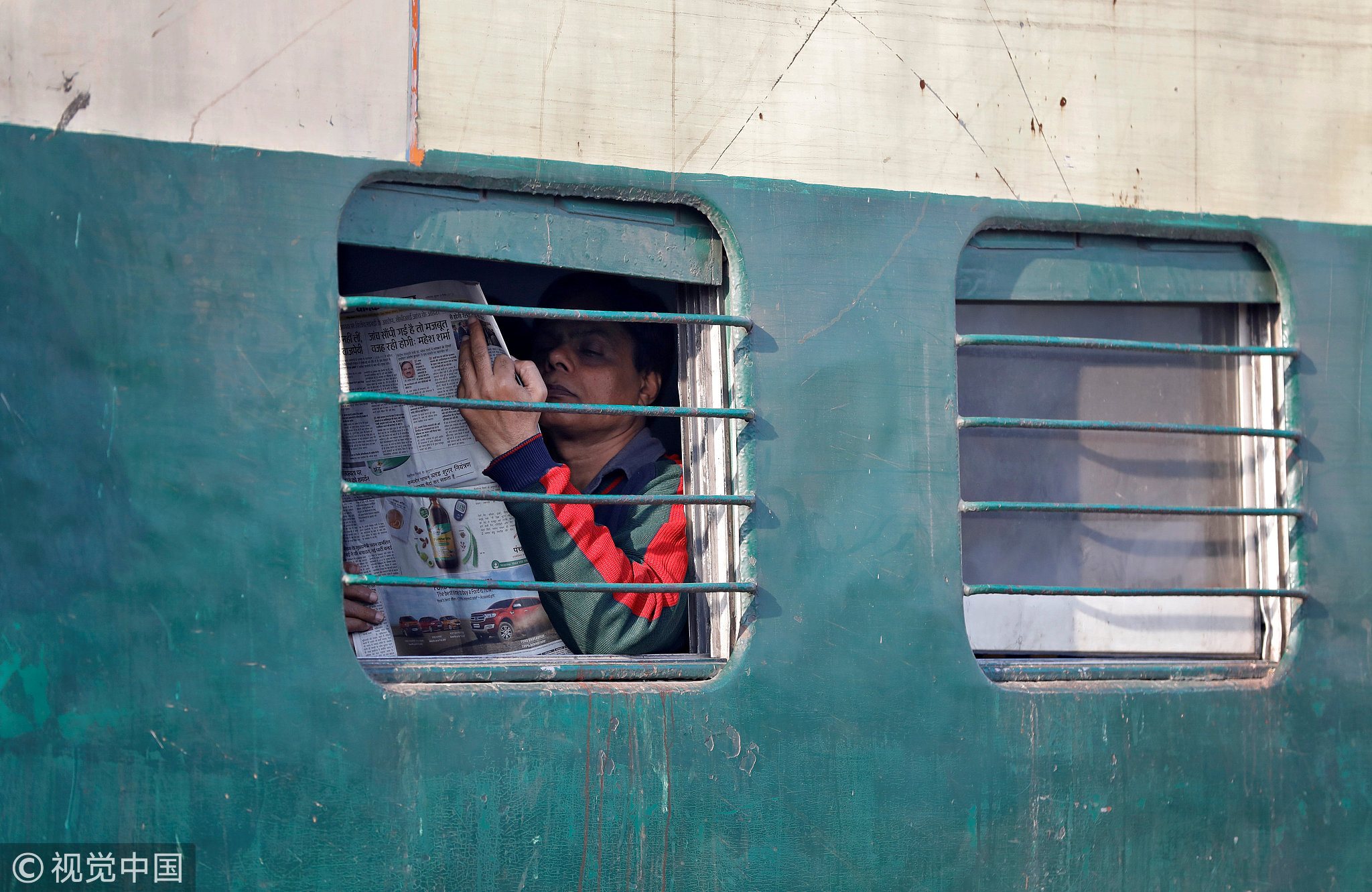 “India has a very competitive media market. To catch eyeballs, they sometimes exaggerate the conflicts and portray China as a pseudo enemy of India,” Ma said. He mentioned that Chinese media also needs to have a more objective view of India’s national development. “India is excellent in software development; they are making impressive progress on social inclusion; and their films are certainly popular,” he added.

Indian films like “Dangal” and “Hindi Medium” have enjoyed impressive reception in Chinese cinema. Again, as the two largest developing countries in the world, they have similar stories to tell.

And it is in this spirit of “mutual learning, dialogue and inclusiveness,” proposed by President Xi, that can we witness the resumption of a “stable and healthy” China-India relationship.

Tennis ball-sized ‘diamond in the rough’ too big to sell