Manchester United manager Jose Mourinho believes Wayne Rooney can extend his stay at the top level with careful management as the record-equalling striker enters the twilight of his career.

Rooney is one goal away from becoming United’s highest scorer after equalling Bobby Charlton’s 249-goal tally during a 4-0 victory over Reading in FA Cup third-round.

The club captain, who arrived at Old Trafford from Everton in 2004, has two-and-a-half years left on his current contract.

“I don’t know, it depends on him — especially on his brain, on his desire,” Mourinho told the British media when asked about how long Rooney can contribute at the highest level.

“I think everything is about desire, more important than anything else. I think he has motivation so if he keeps motivation he can play.”

The 31-year old forward, who has scored just once in the Premier League so far this season, has lost his regular spot in the United starting lineup.

The match against Reading was only the seventh time he had a full 90 minutes this season.

Mourinho believes midfielder Michael Carrick and striker Zlatan Ibrahimovic, both 35, as well as Rooney must be utilised sparingly in order to get the best out the final phase of their careers. 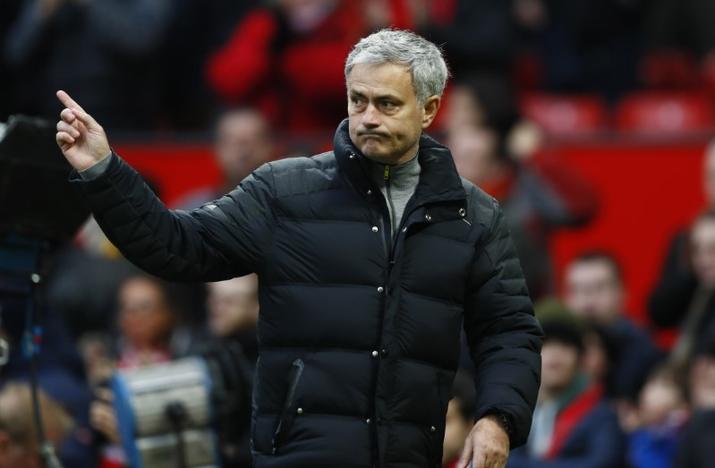 “It’s always a pity when these guys they go to the end, but they get older and we cannot stop the clock,” the Portuguese manager added.

“But when they take good care about themselves, when the wives help, when they train well, when the manager and the staff is intelligent enough to understand the difference between the body of a teenager or the body of a man of thirtysomething…they can delay the end of their career.”

(Reporting by Hardik Vyas in Bengaluru; Editing by Amlan Chakraborty)