MELBOURNE (Reuters) – Britain’s Prince Harry and his wife, Meghan, arrived with the gift of much-needed rain and cheer on Wednesday for the rural Australian city of Dubbo, where farmers are struggling with a prolonged drought.

The prince charmed the crowd at a picnic in the town’s main park, standing at a podium in pouring rain with Meghan holding an umbrella over him, on the second day of their Pacific tour, which takes in Australia, New Zealand, Fiji and Tonga.

“The rain is a gift!” Prince Harry told the thousands who had come out to see the royal couple in Dubbo, about 300 km (185 miles) northwest of Sydney.

They had earlier visited a farm hit by the drought and Harry recalled his own stay on an Australian farm 15 years ago, where he said he was chased by countless cattle and perfected the Aussie salute of swatting flies.

“You are the salt of the earth. Honest, hard-working, and as tough as they come,” Harry said.

In an issue close to his heart, he urged those facing mental health problems due to the tough times plaguing rural Australia to seek help.

The royal couple’s visit to Australia coincides with the Invictus Games in Sydney from Oct. 20-27. The games, founded by Harry, are an international paralympic-style event that aims to lift the spirits of wounded military veterans. 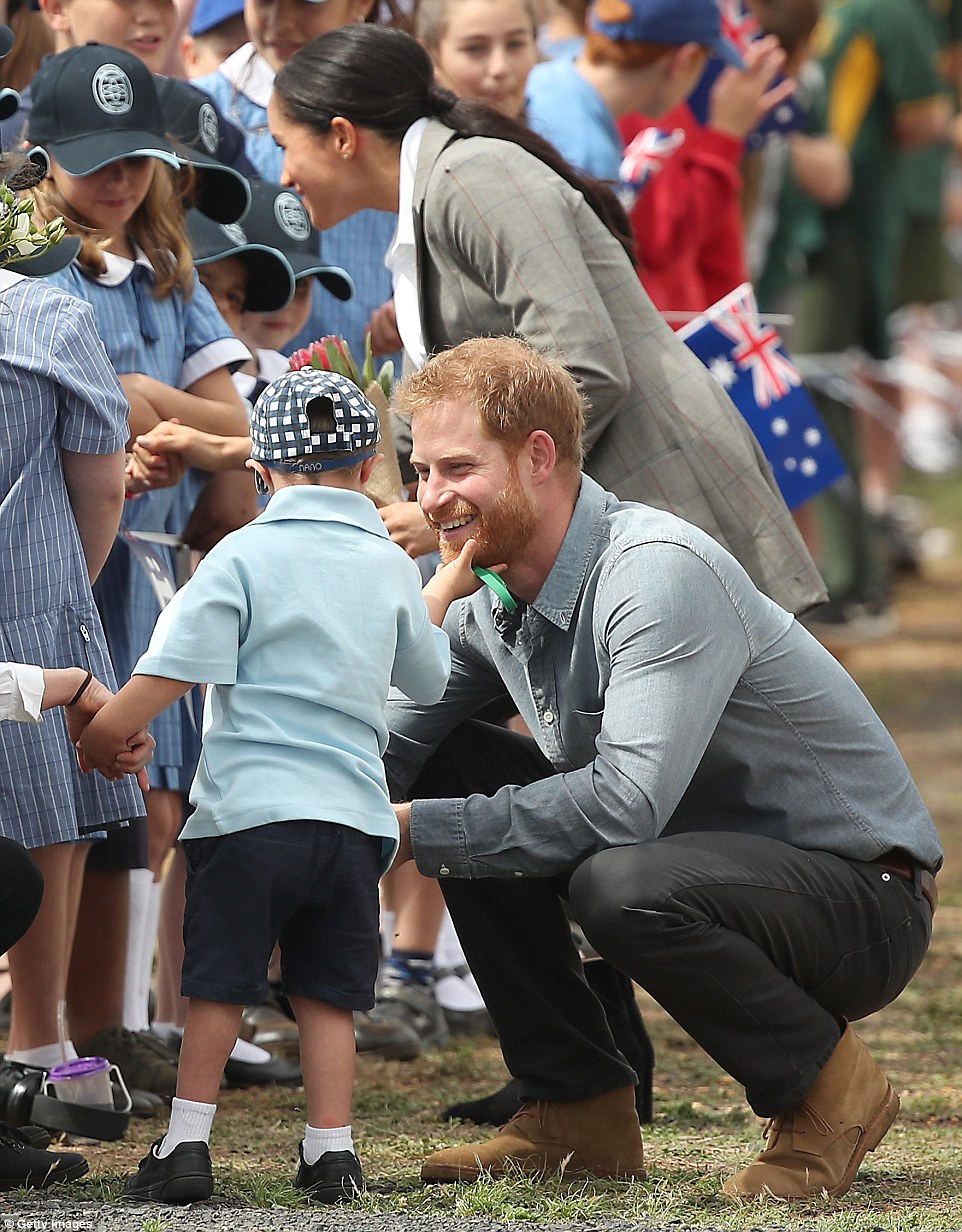 A 5-year-old boy earlier stole the show in a long line of school children who met the royals at Dubbo airport.

Luke Vincent, who has Down Syndrome and adores Santa Claus, threw his arms around Meghan when she knelt down to greet him and tugged at Harry’s beard and patted him on the head when the prince hugged the boy.

Meghan, who is expecting the royal couple’s first child in the northern spring, wore skinny black jeans, a white shirt, long grey jacket and black boots with her hair tied back in a pony tail.

Prince Harry and Meghan, on their first international tour since marrying in May, also visited the Royal Flying Doctor Service in Dubbo.

The medical service was anointed as “royal” in 1955 after Queen Elizabeth, Harry’s grandmother, visited Australia.